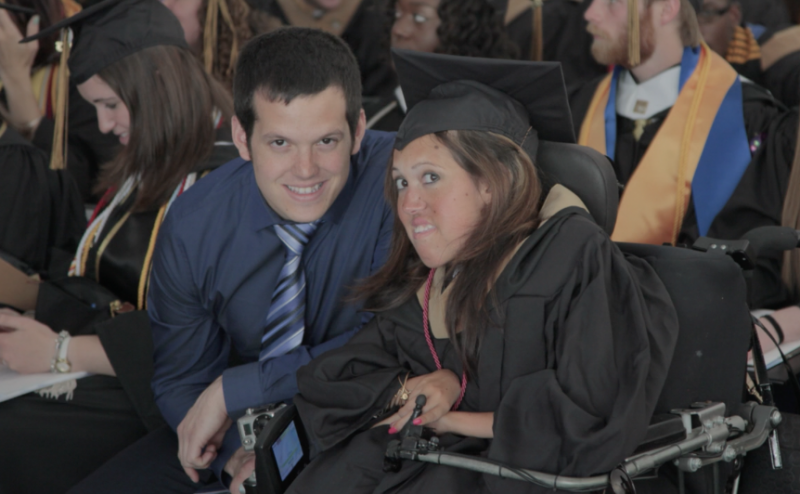 A still from the Animus Studios documentary Dare to Be Remarkable with the film's subject Alyssa Silva.

2017 Festival Interview: Dare to Be Remarkable

A conversation with Roy Power, editor of the documentary Dare to Be Remarkable.

Screening through October 15 as part of the 2017 Online New England Film Festival, Dare to Be Remarkable introduces viewers to one woman’s courageous battle with spinal muscular atrophy, a neurological disease with ramifications on all aspects of life. Roy Power, an editor for this documentary, chats with NewEnglandFilm.com about the film’s production and about some of its surprising fans.

Animus Studios is a small video marketing, strategy, and production-house based out of Providence, RI, but the company—known for its corporate work—has recently started to shift into other types of creative output. A prime example is its documentary Dare to Be Remarkable, which follows Rhode Island native Alyssa Silva, a disabled philanthropist with spinal muscular atrophy, who fights to find a cure for the deadly disease through her organization Working on Walking.

Originally screened at the Rhode Island International Film Festival in 2016, where it won the award for Best Humanitarian Film, Dare to Be Remarkable is now playing through October 15 as part of the 2017 Online New England Film Festival. In this interview with NewEnglandFilm.com, Roy Power, an editor for this documentary, chats about how the film came together and about some of its surprising fans.

NEFilm: When were you first drawn to film?

Power: I’ve wanted to make movies since I was a little kid. Late middle school, early high school I started to make short movies with my friends. I did go to to a state school for business, but really just phoned it in and got the good-enough grades. I put most of my focus on jobs in film throughout the four years there.

Our whole team at Animus Studios has more or less felt the same way creatively for most of their lives—most of them majoring in film, media, communications, or business throughout Rhode Island schools.

NEFilm: How did Dare to Be Remarkable come about?

Power: Justin Andrews, one of the directors, met Alyssa at a friend’s wedding in 2011. Not long after, Alyssa’s brother reached out to Justin for help in raising SMA (spinal muscular atrophy) awareness through film. Justin, inspired by Alyssa’s story, brought the team at Animus Studios together to begin filming Alyssa, her family, and her accomplishments throughout the years.

NEFilm: How did you find a cast and crew for the film?

Power: The whole team involved in Dare to Be Remarkable has worked at our video and strategy company Animus Studios since 2011. I came on board in early 2015 and started editing this movie right away, on and off until finishing it in mid-2016. We do a lot of corporate and client-facing work, so this was our first passion project and we were all on board.

NEFilm: Where else have you had the chance to screen Dare to Be Remarkable?

Power: The film has been shown at the Rhode Island International Film Festival and several times on local PBS. The premiere of the film at RIIFF had outstanding applause, from the final shot all the way through the credits and beyond. The PBS screenings have had several surprise fans, including rave reviews from the inmates of a small jail in Rhode Island.

NEFilm: What is next up for Animus Studios?

NEFilm: What advice do you have for those attempting to follow their passion in film?

Power: It’s very, very hard. Any good movie is going to have a lot of money poured into it. The best advice I have from my perspective is to never lose momentum on a project, because then you get uninspired and the project is screwed. Dare to Be Remarkable succeeded because nobody on our team stopped caring about getting it made.

Animus Studios is a small video marketing, strategy, and production-house in Providence, RI that specializes in corporate video work and has been steadily growing its narrative film output. Watch the company’s film Dare to Be Remarkable on NewEnglandFilm.com through October 15 as part of the 2017 Online New England Film Festival.