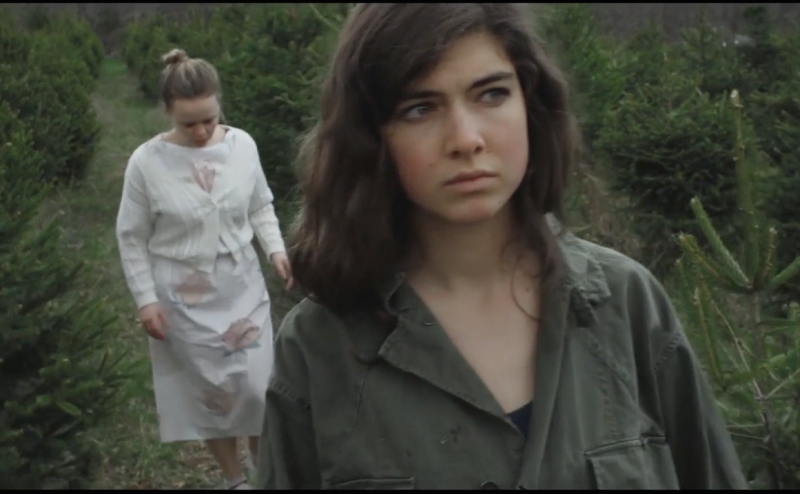 Sean Han depicts a hot-headed teen’s attempt to escape her abusive foster home with his film Anastasia, which is screening through October 15 as part of the 2017 Online New England Film Festival. In this interview with NewEnglandFilm.com, he talks about his process for casting Anastasia and shares his advice for aspiring filmmakers.

Life for foster children is already hard, but it’s twice as hard when those children land in abusive living situations. Writer/director Sean Han depicts this intense struggle in his film Anastasia, which follows a hot-headed teen who is relocated an abusive foster home that won’t let her leave. Her only solace is a friendship that she strikes up with another girl living there, a bond that motivates them to find a way they can escape.

Originally screened at the Boston International Film Festival and at NewFilmmakers New York, Anastasia, is now playing through October 15 as part of the 2017 Online New England Film Festival. In this interview with NewEnglandFilm.com, Han talks about his extensive process for casting Anastasia and shares his advice for aspiring filmmakers about approaching projects in small steps.

NEFilm: When did you realize you would pursue film?

Han: I realized I wanted to try making films my senior year of high school. I didn’t know if I would like it or not; I just wanted to try something new. I somehow got accepted into NYU for film and television. From there I just kept making films, starting with experimental style but now transitioning to more narrative films.

NEFilm: What was your inspiration for Anastasia?

Han: I was going through some dark personal moments during the time. This film was a way for me to funnel that energy into something.

NEFilm: Where has your film screened?

Han: The film was shown at the Boston International Film Festival and at New Filmmakers NYC. The most memorable part of the viewings was being with my close friends to share something after all the blood and sweat I put in to finish the project. It pays to have a qualified sound mixer.

NEFilm: Where did you find your cast and crew for Anastasia?

Han: I did the casting myself. I consider casting a certain look 70% of the ‘acting’ in a short film. Due to this I had to go through at least two hundred actors to narrow it down to five. Regarding crew it was a mix of luck and desperation. Most of them came from film school but I had to ask a lot of outside friends to help with the logistics of cooking and driving. Be as courteous to everyone you can, you never know when you’ll need the same help.

NEFilm: Have you begun work on any new films?

Han: I am looking for crew and funding for my feature film, Jobe. It is about a physically handicapped Asian man who pursues the American Dream. I am fortunate enough to have found a sponsor already.

Han: When making a film, you should have that big vision or picture in your head, but you should approach it in small steps. Enjoy the journey of getting to your bigger goal. The greatest joy is when you discover an even better goal than your original plan.

If you wish to see additional work from a previous experimental piece about schizophrenia you can contact Sean Han at sth265@nyu.edu. Feel free to send any comments or questions you have about his work.

Watch Anastasia on NewEnglandFilm.com through October 15 as part of the 2017 Online New England Film Festival.