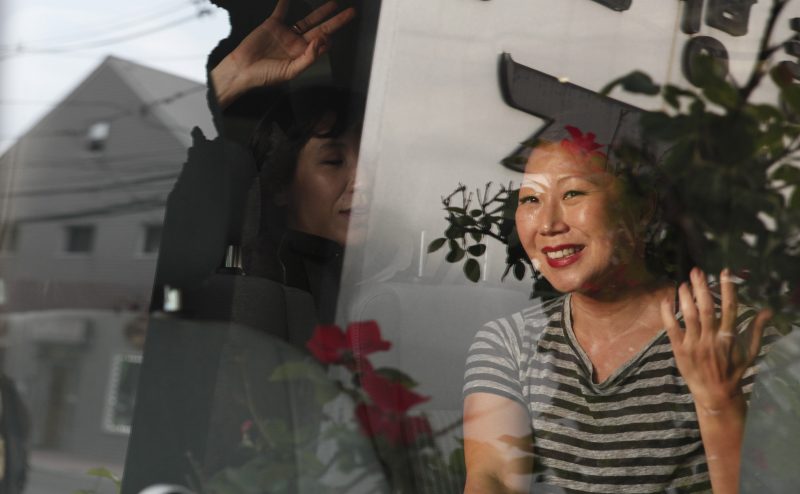 NewEnglandFilm.com sat down with writer/director, Nora Jacobson to discuss her latest narrative release, The Hanji Box. The film recently took home the award for Best Feature Screenplay at the 2017 New York Eurasian Film Festival, and is now available for streaming and purchase on Amazon Prime.

The film explores the emotional, often unspoken layers of international adoption and cultural identity. It is is described by Jacobson as a “universal story about family, loss, love and reconciliation.” Following an argument with her adopted Korean daughter, Hannah embarks on a trip to Koreatown to patch things up. Along the way, she unearths her own relationship to motherhood, artistry and lived experience.

Nora Jacobson is an award-winning, independent, Vermont-based filmmaker. Her first feature-length film Delivered Vacant was selected for the Sundance Film Festival, the New York Film Festival and won the Golden Gate Award at the San Francisco Film Festival. Ms. Jacobson holds a M.F.A. from the School of the Art Institute of Chicago, and a B.A. from Dartmouth College. She has received a Guggenheim Fellowship, a National Endowment of the Arts Media Fellowship, and an LEF Foundation grant for her work. Her feature script for The Hanji Box was a finalist for the Emerging Narrative Award at the Independent Feature Market.

ES: Thanks for meeting up with me, Nora! First, let’s discuss how this project come to be? 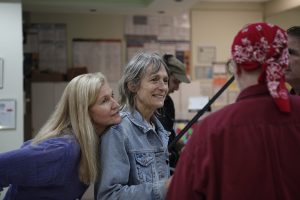 Nora Jacobson: An old friend sent me a memoir she had written about her experiences as an adoptive mother of two Korean children. I was intrigued by the story. My friend traveled to Korea on a mission to find her adopted kid’s birth mothers. One day, walking through Seoul, she saw a poster for a painting exhibit that attracted her. She sought out the gallery, met the painter, and so ensued a romance. I found it immediately cinematic, a Western, white woman immersing herself in Korean culture, because she had adopted kids from that country. I felt that, in the most intimate way, she was trying to become Korean herself. She told me that when her babies arrived, she was overcome with great sadness. She thought it was because she was feeling the pain of the birth mother who had to give up their baby. I took the essay and adapted it into a screenplay.

I applied to the LEF foundation, and got a pre-production grant to go to Korea and do research. We went to temples in the mountains, and to all the sites. It was very inspiring. When we returned, we went to LA and had a casting session. We originally casted Amy Irving as the mother. Then, the stock market crashed, and the Korean production company we had a potential agreement with backed down. I put the project on hold. We had raised some money, and I put that in the bank and didn’t touch it. Later, I decided that the film was not going to be a full blown feature shot in Korea, so I rewrote it as a short film that takes place in the US.

ES: What elements of the story drew you in?

Nora Jacobson: Cinematically, the image of a white, blonde woman in a sea of Asian people drew me. In my research, I found that one of the hardest things for adoptees of a different race is being the only person that looks like them in the community. In a place like New York City, that may not be a big deal, but in the country, like here in Vermont, it’s challenging. So, I thought it would be interesting to reverse the tables. I was always seeing it as an adoption story in reverse, where it was the mother being adopted by her children’s birth culture.

The whole idea of international adoption is a very odd phenomenon that came out of the Korean War. US soldiers impregnated Korean women and then went home. There was a huge problem with orphans. The concept started with Harry Holt from Eugene, Oregon. Westerners have the privilege and resources to get babies from poorer countries. And, it’s not the other way around. I found the idea interesting, disturbing, and I wanted to explore it. In the womb a child is exposed to certain sounds and smells, and I’ve wondered if there might be some inchoate memory of birth culture. As someone who was not able to have kids myself, I’m interested in what happens. Do you yearn for them, do you adopt someone, do you become a teacher? How do fulfill that mothering need, if you can’t have kids?

ES: As a writer/director, what was the process to cut down the script from the original feature to the shorter project?

Nora Jacobson: I thought about the elements that I liked the most: Hannah being surrounded by Koreans, falling in love with the paintings and then the painter, and then ultimately the paradigm of adoption through immersion.

Every film for me is learning anew, and then figuring out how to do it. I decided to look upon this project as an experiment. I was not going to worry about making it a certain length or please anyone. I wasn’t going to compromise my vision. Once I started editing, I became more invested and wanted it to have a life in the outside world. Time means money, and as it developed I felt more responsible for getting it out there.

ES: Do you have any advice for filmmakers who are delving into a cross-cultural project, or something out of their skill-set?

Nora Jacobson: It’s very tricky. I think it’s important to think about what you bring to your portrayal of a different culture, and articulate it before you start. What stereotypes might you bring? What mythologies? With The Hanji Box, I’ve had people critiquing the character of the painter, saying “he’s magical because he sets her on this journey and transformation” and that’s mythologizing a person instead of showing them as they are. The whole idea of exoticism is very tempting to do. You want to show what you find exciting about that culture, but is that honest? In a way, what you are representing is your disenchantment with your own culture. I have to admit, I am seduced by the other. Maybe if you make a film about another culture, you represent your own otherness. You can’t represent another culture as if it’s transparent, or without showing your own role in it. It has to be mediated openly and honestly through your eyes. You can only represent yourself experiencing it.

ES: How has the reception been?

Nora Jacobson: We’ve gotten into seven film festivals, won Best Feature Screenplay at the 2017 New York Eurasian Film Festival, and now it’s on Amazon Prime! More than any film I’ve ever made, it’s generated people talking to me about it in a way that I can tell they were interested in the ideas. They like the fact that the film makes you ask questions, and it doesn’t give you the answers. I think also, for that same reason, some people are critical of it. It doesn’t follow conventional dramatic storytelling. The narrative is not a dominating force in the film. The issue of international adoption is way too emotional to have pat answers for. It’s fraught with human emotions: motherhood, family, birthing. I feel you have to tread very carefully, and I think it’s better to have your audience ask questions, than to say this is how it should be.

ES: Thanks so much! Also, what’s next?

Nora Jacobson: I am working on a sequel now, where the daughter returns to Korea. I encourage anyone who’s interested in these issues to contact me.

This interview has been condensed and edited.