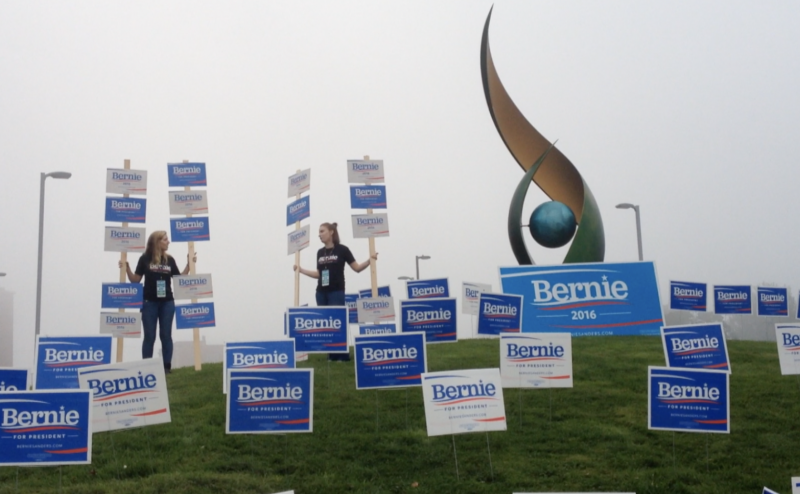 A still from the New Hampshire documentary Democracy Through the Looking Glass which screens this month.

Filmmakers Collaborative hosts a Developing Your Fundraising Strategy on Wednesday, May 17. Click here for more details.

Trinity Repertory Company in Providence, Rhode Island presents the workshop Acting for the Camera on May 13th from 10:30–1:30. The class will be led by CP Casting’s Carolyn Pickman for adults 18 and over; cost is $125. Learn more and register here.

The Museum of Fine Arts Boston hosts the National Center for Jewish Film’s 20th Annual Film Festival May 4–21. Several films will make their New England premiere at the festival. For a schedule and more details, visit the MFA website.

Produced in Massachusetts and New Hampshire, the documentary Democracy Through the Looking Glass screens on May 26th at 7:00 pm at the Firehouse Center for the Arts in Newburyport, Massachusetts. Learn more here.

The Passing Season, made in RI, will screen at Aurora in Providence on May 10. Read the interview with the producer and director of the film on NewEnglandFilm.com.

Massachusetts has been getting busy. The feature Daddy’s Home 2 continues to film in Massachusetts. The comedy sequel stars Mark Wahlberg and Will Ferrell. Read more here.

Then, Produced by Netflix, the film Who Do You Think Would Win? has been filming in Massachusetts. Read more here.

In addition, Adam Sandler’s production company has been filming in Peabody, Massachusetts.

The Boston Latino International Film Festival is now open for submissions in feature, short, documentary, and documentary short. Regular deadline is May 8th; late May 30th. Learn more at bliff.org.