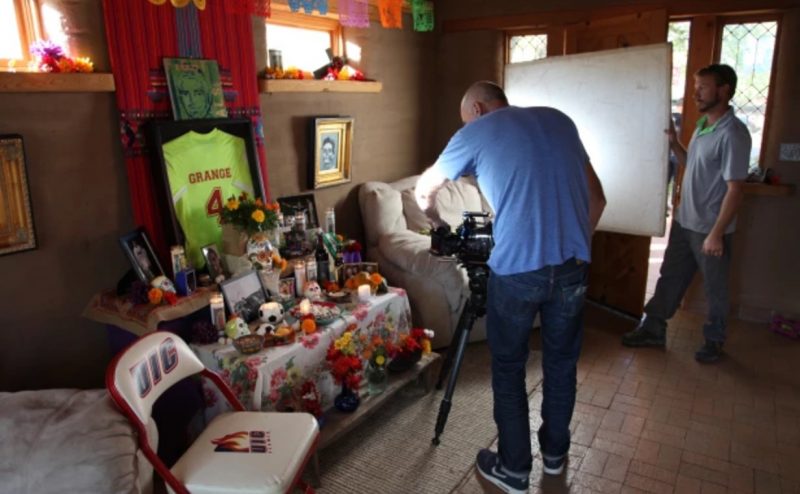 Support the crowdfunding campaign for The Empty Chair

In this series, NewEnglandFilm.com profiles film projects seeking crowdfunding. Here, filmmakers are seeking funds for a web series The Empty Chair, which will tell the story of the loss of one man, and in doing so, explore the broader issues of grief, death, and how society navigates these challenges.

The filmmakers behind The Empty Chair seek Indiegogo funding for the upcoming documentary series. Patrick Grange was a star soccer player at the University of New Mexico. In 2010, he was diagnosed with ALS, and died in 2012 at the age of 29. Patrick donated his brain to Boston University, and after his death, he was posthumously diagnosed with Chronic Traumatic Encephalopathy (CTE). Doctors and researchers believe his time playing soccer caused CTE, which in turn led to ALS. In 2013, Patrick’s family created the Patrick Grange Memorial Foundation to raise research and awareness for ALS.

The Empty Chair will tell Patrick’s story, and in doing so, explore the broader issues of grief, death, and how society navigates these challenges. Each episode will focus on a different culture and how it deals with death, such as the film’s inclusion of the Grange family’s Dia de los Muertos celebration. As the film’s Indiegogo page explains, “By documenting the ways in which we grieve, both on an individual and cultural level, we hope to shed the taboo surrounding the topic of death and invite others to join in a more positive conversation.”

Led by co-directors David Ortega and Shane Kelly, The Empty Chair team’s goal is to raise $85,000, with a stretch goal of $115,000. Funds will cover post-production costs, and contributions that exceed the stretch goal will be donated to the Concussion Legacy Foundation. “By helping us reach our goal,” states the campaign page, “you will directly contribute to the creation of something bigger than just a beautiful piece of storytelling. You will spark a movement that will help people on their journey through grief.” The deadline to donate is February 28th. Learn more about The Empty Chair and the filmmakers behind it, the story of Patrick Grange, watch a short video, and make a donation at the Indiegogo page.

To submit a film for consideration, email information about your campaign (and its New England connection) at least one month in advance of the campaign’s launch to news@newenglandfilm.com.