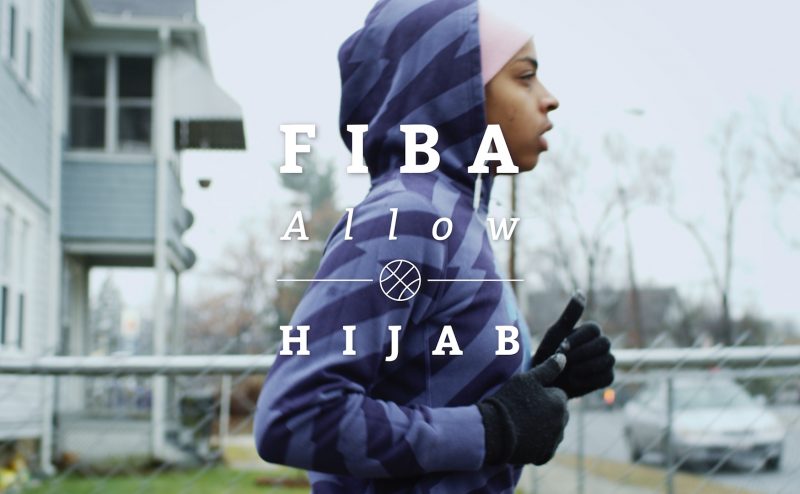 Hijab on the Court: Interview with Tim O’Donnell

After the release of his latest short film, FIBA Allow HIJAB, Tim O’Donnell discusses the influence of the media, female role models, and the necessity of getting to know our Muslim-American neighbors.

Boston-based filmmakers, Tim O’Donnell, Jon Mercer and Allison Silva have teamed up with CNN Films, Great Big Story, and Uninterrupted to release FIBA Allow HIJAB, a short film adaptation of their upcoming documentary feature, Life Without Basketball. Both projects follow Bilqis Abdul-Qaadir on her quest to overturn the controversial FIBA rule banning her from wearing Hijab on the court, denying her a potential placement with a professional league team. As the all-time leading scorer in Massachusetts’ high school history (both male and female), and a Muslim-American woman, Abdul-Qaadir is forced to examine her identity and ultimately choose between faith and a professional basketball career.

I had the pleasure of speaking with Tim O’Donnell of Pixela Pictura. In an attempt to garner support for overturning the rule, FIBA Allow HIJAB was released in advance of an important meeting at The International Basketball Federation. It has been successfully making the rounds on the Internet, including retweets from basketball legend LeBron James. Life without Basketball, is expected to be released in June or July of 2017, and will be their first feature film.

Emma Schlenoff: How did these projects come to be?

Tim O’Donnell: In the beginning, it was just a conversation about what was keeping her from playing. When we found out more about the rule, Jon and I decided to take on the project. As we started to get to know Bilqis and her family, we realized there was a much bigger story than somebody not being able to play basketball. It’s a story about a Muslim-American family living the American dream, in a time when a lot of things have been going against them. Their perseverance through everything is a big piece of the story. We never saw this as a two-and-a-half year long project. We just saw an interesting character, a story, and it took off from there.

When we found out that FIBA was meeting about this rule, we felt compelled to do something, so we put together FIBA Allow HIJAB. Right about the time, we were approached by Uninterrupted. They felt it needed to be released ASAP, and they put the wheels in motion in getting CNN and Great Big Story on the same page. To have that support at that stage was such a relief. Their approach to working with filmmakers is empowering. They trust the storyteller. Hopefully, it affected the decision. FIBA hasn’t overturned it yet, but they did say that they are looking to overturn it in May.

ES: Why is this story important now?

O’Donnell: Jon, Alison and I have worked on a lot of films that focus on misrepresented, marginalized communities. When you get to know the person and their story behind the label, that’s truth. We are hoping that this story has a lot of interest for Americans. Not just because it’s about an American family, but it’s basketball! It’s the underdog, Rocky kind of story. You get to know a Muslim-American family, and that couldn’t be more important at this time in this country. I think people need to find out about their optimism and amazing strength to move through so many obstacles. She is connected so tightly to the Muslim community in the US. Through the film, you get to know a little bit more about their religion but more importantly, that they’re just Americans. You see the human side. Statistics and information can get lost. Obviously the media can sway a lot of things, but to be able to see and get to know that person can get rid of a lot of stigma.

ES: What challenges did you face in production?

O’Donnell: The traditional obstacles that present themselves with filmmaking have all been there: traveling and following a character who’s 24-25 years old. Bilqis has her own life! We’ll keep tabs on her, but she’s so humble that she’ll get asked to do things and she doesn’t necessarily tell us. So, not once but twice, we’ve talked to her and said “What do you have going on?” and she’ll say “Oh nothing, I’m flying out to Washington DC, and we have a dinner scheduled with President Obama!” We got in touch with the White House, but of course, one day wasn’t enough to get clearance. Those are the little things though, the bigger ones are being able to follow such a big story.

She teaches at an Islamic School in Memphis, TN. We wanted to film Bilqis starting the first ever Muslim, girls basketball program. We were prepared that they would say no. I’ll be very transparent here, we are two white men making a film about Bilqis. I know there are filmmakers who approach projects differently, but everyone we work with knows that this is sensitive. They have a history of being misrepresented, so the first and most important thing is to get everyone on the same page. It will show up in the film. Intention carries over in everything. We spoke with the school board, and they were so welcoming. That took a lot of trust. We are so lucky that Bilqis is so loved.

Just last week they had their third-ever basketball game. People from the community came out. Some of them had seen FIBA Allow HIJAB and wanted to support Bilqis and the team. They had signs, and the gym was packed. Since the changeover in our political climate, she’s experienced some terrible things with her team. Going to that game, I had a sinking feeling that we were going to see something happen. We were all emotional about it, but all of these people from different religious backgrounds came and said, “You’re an American and we are here to make sure you know that you are welcome here.” It was powerful, not just for Bilqis and the team, but for us as filmmakers to see so much love from a community. It’s hard to complain about obstacles in filmmaking, like getting clearance, when your subject is dealing with much bigger issues.

ES: Can you go a bit further into Moya Dodd’s comment in the film about the “legacy of exclusion” for women in sports?

O’Donnell: There’s so much coverage, so much media attention, so much money put into the male sports industry. It goes back to having role models. When you see somebody that’s your gender, sexual preference, ethnicity, or religious background, that empowers you to be like “I can totally do it!” It’s amazing to see people like Moya and Bilqis continue to pave the way for the future of female athletics. Just to sit down with Moya Dodd was incredible. She’s a pioneer. She helped overturn the FIFA Hijab ban. It’s time, and this rule is a piece of the larger issue.

ES: How does faith play a role in sports and does the national conversation shift when it comes to different religions?

O’Donnell: I think, unfortunately, that the Muslim religion has been misrepresented. There’s plenty of stories of Catholic or Christian athletes saying prayers before a game, wearing a cross or having a religious tattoo, and there’s no negative response. Bilqis has had the opposite effect. She’s felt a lot of adversity, and a lot of negative attention. Faith goes back to the individual. And personality is a big part of sport. At this point, its about getting to know Muslims on a personal level.

ES: How can your viewers get involved?

O’Donnell: Post about the ruling (#FIBAAllowHijab) and follow us on social media! Ask FIBA to change their mind. Make your voice heard. When Life Without Basketball is released, get the people around you to see this film. We are making this because we love the Muslim-American community, and this an opportunity for people to get that window in. Bilqis keeps saying that with this transition in the political climate, there are so many negatives, but that people are also coming together. We are glad to be ready to release this project when people need it. Somebody needed to make this film.

O’Donnell: Bilqis is from Springfield, MA— The birthplace of basketball. I think that the greatest thing that could happen, is for her to be able to play. James Naismith invented Basketball for all people, and what a great conclusion this would be if the rule was changed and not just Bilqis, but people like Bilqis would be able to play.

Note: This interview has been condensed and edited.