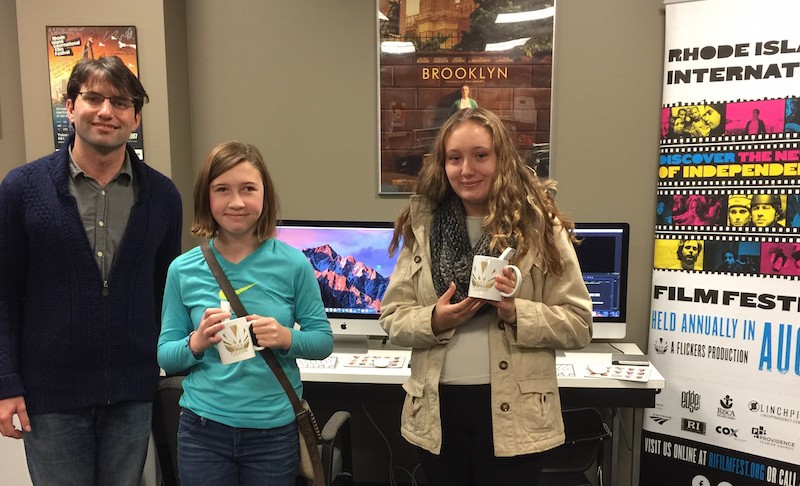 Catch some classics this month: the Brattle Theatre presents screenings of It’s a Wonderful Life and Casablanca this month. For showtimes, click here.

Boston’s Museum of Fine Arts hosts a screening of Close Encounters of the Third Kind, followed by a discussion with author Ben Mezrich on December 10th at 2:00 pm. Boston-based Mezrich’s new book is The 37th Parallel. For tickets and more information, visit the MFA website.

The documentary Marathon: The Patriots Day Bombing recently premiered on HBO. The project was directed by Ricki Stern and Annie Sundberg, made in collaboration with the Boston Globe. Read more here.

Award season has started: the Boston Society of Film Critics will name their winners on December 11th; Golden Globe nominations will be announced on December 12th. Predicted nominees include Manchester by the Sea, shot in Massachusetts, and New England natives Damien Chazelle, Viola Davis, and Casey Affleck.

The Rhode Island International Film Festival has launched the KidsEye Discovery Portal, a media lab equipped with editing bays, cameras, and more. The space will host classes through the summer, leading up to the 2017 KidsEye Summer Filmmaking Camp. For more information, visit the RIFF website.

The Kennedy/Marshall Company has joined production of Boston, an upcoming documentary about the history of the Boston Marathon. The documentary is scheduled to be released next April to coincide with the marathon. Read more here.

The deadline to submit to next year’s Martha’s Vineyard Film Festival is December 16th. For guidelines and to submit, visit tmvff.org/submit.