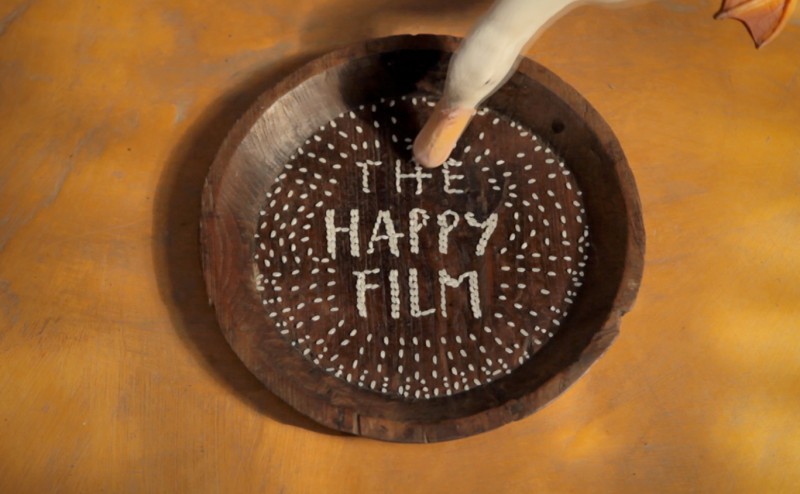 A glimpse into the film festival and the up-and-coming nonprofit behind it.

Rhode Island’s Art & Design Film Festival, now in its second year, is already expanding, thanks to the collaborative local film industry. NewEnglandFilm.com offers a glimpse into this unique festival and the Providence Center for Media Culture, the up-and-coming the non-profit behind it.

There are film festivals all across the country, but rarely with a specific focus on artists and designers like Rhode Island’s Art & Design Film Festival. The festival, now in its second year, takes place in Providence from November 3-6, 2016, and has already expanded to Newport from November 10-13, 2016.

Brenda Shannon, Managing Director of the festival, attributes two factors to the expansion. The first factor is Rhode Island’s size, which Shannon believes is more conducive to growth, “Rhode Island is a small state, but nothing’s that far away, so why not expand to other places? Because it’s small, it’s easier than, say, if we were in Massachusetts, where it might be a little more challenging.”

Shannon says that another key factor in the festival’s expansion is the state’s collaborative film industry, where independent theaters work together, “This year the director of programming at the Newport Art Museum approached us and said, ‘We’re trying to expand our programming. What do you think about bringing some of your films down here?’ We thought it sounded like a great idea.” The festival is also partnering with the Jane Pickens Theater in Newport, an arrangement cultivated through relationships that the festival’s founders Daniel Kamil and Emily Steffian have with independent theaters in the state.

With the money they’ve received through the Innovation Fellowship, Kamil and Steffian are looking to build the Providence Cinematheque, a multi-screen exhibition space for independent, documentary, international, and experimental films. The Cinematheque will offer educational curriculum in film history, monthly repertory film series, filmmaker Q&A’s, and an artist in residence program.

Over the next two years, a permanent home for the Cinematheque will be built at a property formerly known as the Paramount Office Supply on Westminster Street in Providence. The building and adjacent property, which have been vacant for over 25 years, will receive extensive restoration and development. Kamil and Steffian are securing funding through federal, state, and city grant opportunities to help build out the Cinematheque.

Housed inside the Providence Cinematheque will be the Providence Center for Media Culture (PCMC), a non-profit dedicated to providing community engagement and education through film and media programming. Kamil and Steffian’s first offering with the PCMC is the Art & Design Film Festival, a film series with a mission to showcase artists, designers, craftspeople, collectors, and curators from around the world while entertaining, educating, and reflecting on the influence art and design have on community, history, politics, personal expression. As a designer and artist herself, Steffian has been passionate about bringing this series to life.

Steffian, Kamil, and Shannon gather films for the festival from a number of sources. Some come from directors and distributors they’ve gotten to know over the years, while others are noteworthy films have played at the Cable Car Cinema, or at other festivals that the group has attended, like the Full Frame Documentary Film Festival in North Carolina.

For instance, the festival’s opening night film, The Happy Film, was discovered by the group last year, but post-production wasn’t finished on it, so they saved it for this year. The Happy Film is noteworthy because it’s about Stefan Sagmeister, who is world-famous for graphic design. It also offers a local angle, since Sagmeister’s design partner is a Rhode Island School of Design graduate.

Other noteworthy films playing at the festival are Carmen Herrera: The 100 Years Show, a portrait of one of the oldest living artists, and Harold and Lillian, a love story about husband and wife team Harold and Lillian Michelson, who worked behind-the-scenes for Francis Ford Coppola, storyboarding and performing research on many of his famous films. Shannon feels that the latter documentary really illustrates the influence an artist like Harold Michelson can have on the look of a film without getting credit for it.

When asked about her favorite films featured at the festival, Shannon talked about Concrete Love, which is about a family of German architects. It follows three generations and their styles. According to Shannon, “It’s just like a lovely, beautiful film that’s about architecture, but it’s really about the dynamics between the family, which is sometimes stressful and sometimes quite peaceful.”

The Art & Design Film Festival runs in Providence from November 3-6, 2016, and in Newport from November 10-13, 2016. You can buy tickets to the festival or learn more about the Providence Cinematheque.

Author Evan Crean is a film critic in Boston and a founding member of the Boston Online Film Critics Association (BOFCA). He is co-author of the book Your ‘80s Movie Guide to Better Living and co-hosts the weekly movie podcast Spoilerpiece Theatre. He is also the marketing director for Boston Reel, a site dedicated to Boston’s independent film culture. You can learn more about his work at www.reelrecon.com.