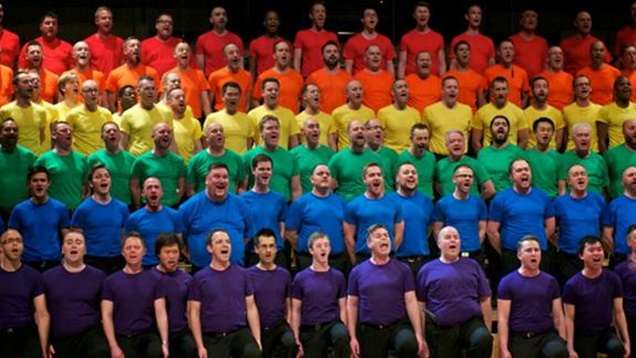 The film Who's Gonna Love Me Now will screen as part of the Boston Jewish Film Festival.

In this month’s New England film industry news, read about a statement from The Independent regarding arts funding and free speech, the Boston Jewish Film Festival, a SNOB Film Festival event, and other screenings, opportunities, and other industry buzz. Send news to news@newenglandfilm.com.

The Boston Jewish Film Festival runs November 9–21. Films screen at several venues in the Boston area. For a full festival schedule and to purchase tickets, check out bjff.org.

The Brattleboro Film Festival runs November 4–13 at the Latchis Theater. The festival will close with audience favorites. For more details, visit festival website.

The Boston Public Library’s “All the City’s a Stage: A Season of Shakespeare” celebration will include a screening and discussion of Nothing is Truer than Truth on November 7th at 6:00 pm. The documentary, directed by Cheryl Eagan-Donovan, was featured in our Kickstart New England series last year. Learn more here.

The Joey Fund Film Premiere fundraiser takes place on November 6th in Massachusetts. The event begins with a reception at 6:30 pm at the Natick Mall, followed by a film screening at AMC Framingham. The Joey Fund works with the Cystic Fibrosis Foundation to raise money for patients and research. Learn more and purchase tickets here.

Rule Boston Camera’s Learning Lab’s this month offers a rundown of how lenses are used for motion and how to apply these techniques to your next project on Wednesday, December 14 from 10 – noon.  They’ll bring the latest cine lenses, including the brand new LWZ.3 Lightweight Zoom 21-100, along with the CZ.2 Zooms, CP.2 SuperSpeeds, Otus, Milvus, Loxia and Batis for ARRI, Sony, Canon, RED, Nikon, Blackmagic and other digital cinema cameras. Rule Boston Camera also will also host a Showroom Demo of cameras and lenses on December 14 from 1–3pm with refreshments and a First Look at the Canon C700 Super 35 format camera designed for a variety of shooting scenarios  on Thursday, December 15 at 10am-noon and another session from 2-4pm. RSVP for all events to events@rule.com.

The Independent posted “What Now? A Manifesto for the Independent Arts in a Trump Presidency” so that independent filmmakers and artists can come together to advocate for free speech and arts funding.

The Berkshire International Film Festival is now open for submissions. Next year’s festival will take place in June. Submission deadline is March 8th. For guidelines and to submit a film, click here.