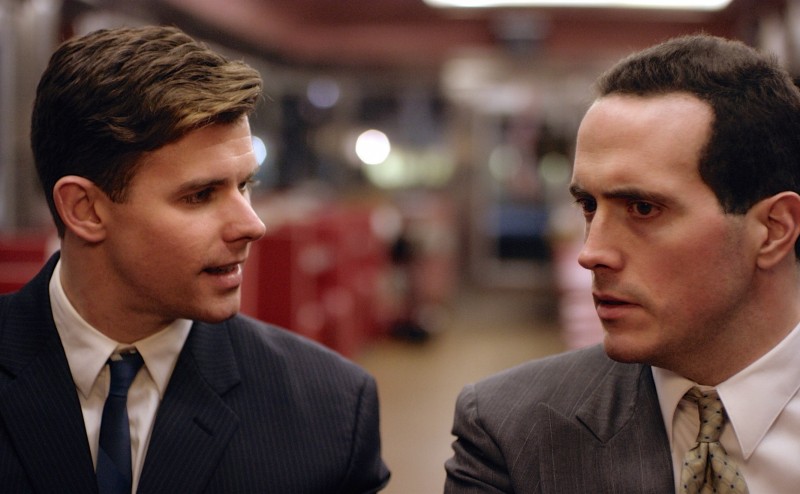 Split Ticket, a film by New England filmmaker Alfred Catalfo, will be screening at ITVFest this month.

As part of ITVFest 2016, NewEnglandFilm.com will be hosting a Pitch Room on October 7 and October 8, open to writers, filmmakers, and producers who want to speed pitch their film, screenplay or web series to fest directors, journalists, and fellow filmmakers. Learn more or reserve a slot.

Harvard Square Scriptwriters hosts a screening of the films Peach Pie and Beyond the Grid, followed by a discussion at Talamas on October 3 at 6:45 pm. For more information and to RSVP, see the event on Facebook.

The Vermont International Film Festival takes place October 21–30. The full schedule of films and special events will be available at the festival website in early October.

The Boston Asian American Film Festival runs October 20–23. The theme for 2016 is Call to Action. Films screen at ArtsEmerson’s Paramount Center and the Brattle Theatre in Cambridge. Learn more at baaff.org.

Mass Production Coalition hosts its Fall MPC Meeting on October 3rd. The meeting will be held at Boston’s District Hall, with cocktails from 6:00 to 7:30 pm and presentations 7:30 to 9:00 pm. Read more and register here.

The New Hampshire High School Short Film Festival will take place on Wednesday, October 19 from 6:30-9 pm at the Palace Theatre.

Rule Boston Camera will host its “Garage Sale” on October 19, 2016 at 10 am to 4 pm, where you’ll find low prices on products such as equipment cases, GoPros and accessories, filters, computers, audio equipment, and more. Find out more information on their website.

The Boston Palestine Film Festival runs October 14–30. Films screen at several venues in the Boston area, including the Museum of Fine Arts and the Cambridge Public Library. For a schedule and tickets, visit bostonpalestinefilmfest.org.

Maine Media Workshops + College presents a Screenwriting Retreat October 16–29 with screenwriter and professor Wayne Beach. Participants should have a screenplay in progress, and may sign up for one or two weeks of the retreat. For more details and to register, click here.