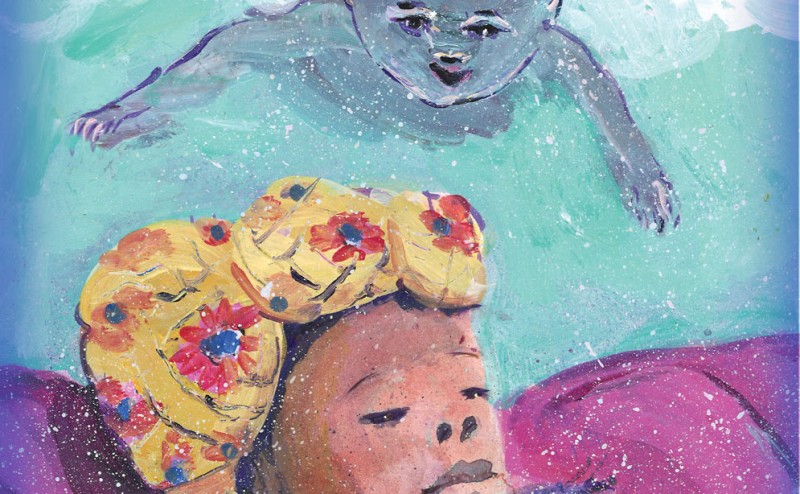 Sara Pagiaro explains how her musical background led to career in filmmaking and how a passion for women’s issues prompted her to create her short drama The Dream. Originally screened at the Different Faces, Different Voices Film Festival, the film is now playing here through October 15 as part of the 2016 Online New England Film Festival.

In The Dream, Sara Pagiaro constructs a world without childbirth — where all babies are created in a lab. Her unique premise poses many complicated questions about love and family that can only be asked in this fictional world. Originally screened at the Different Faces, Different Voices Film Festival, The Dream is now playing through October 15 as part of the 2016 Online New England Film Festival. In the following interview, Pagiaro explains how her passion for women’s issues prompted this short and how her background in music led her to filmmaking.

NEFilm: What is your background in film?

Pagiaro: I am actually a singer/songwriter. While I was going to school at Berklee College of Music, I had a job filming, directing, and editing live music events. After I graduated, I was hired as a staff member at Berklee and now I’m a video assistant for them. My dream is to get a degree in film at MassArt.

NEFilm: What inspired you to make The Dream?

Pagiaro: I participated in the Different Faces, Different Voices Film Festival. I liked that it was about female empowerment, so afterward I decided to challenge myself with a new project on a small budget.

NEFilm: Where did you find a cast and crew for the film?

Pagiaro: I reached out to work colleagues, friends, and some people that I met at the Flick4Chicks Festival. I feel very lucky to have found an amazing group of people that helped me to make it possible in just one month.

NEFilm: Where have you screened your film?

Pagiaro: I have gotten the opportunity to screen The Dream at the Different Faces, Different Voices Film Festival and at the Silver Screening Film Festival.

NEFilm: Do you have any upcoming films in the works?

Pagiaro: I’m currently working on a documentary about women’s life. The Different Faces, Different Voices Film Festival really inspired me to focus my work on women’s issues and empowerment.

Watch The Dream on NewEnglandFilm.com through October 15 as part of the 2016 Online New England Film Festival.