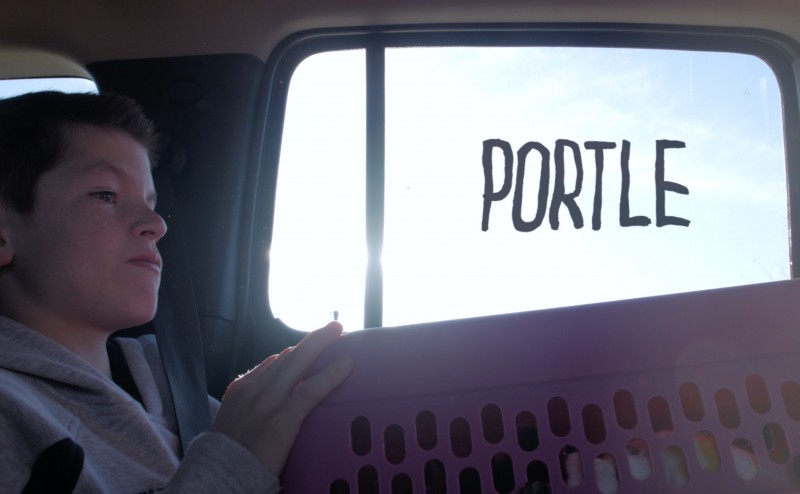 Oliver Shahery talks about the 13-year-old skateboarder that inspired him to create the documentary Portle.

Oliver Shahery’s film Portle, following a 13-year-old boy who flaunts his skating skills, turns the story of an ordinary boy into an extraordinary documentary.

Portle is now playing through October 15 as part of the 2016 Online New England Film Festival. Here, Shahery reveals how he found his subject Matt and how Matt came through for him at a film festival he couldn’t attend.

NEFilm: When did you know to pursue a career in film?

Shahery: I did pretty poorly in high school. History was my worst subject and I used to copy off everyone for tests. Then the teacher assigned a video project and I made my first movie. I got an A. The next project was also a video project except we were allowed to have partners. After class everyone, asked to be my partner — even though I had been copying off them for a whole year. I found something I was good at and liked doing.

NEFilm: Where did you find the inspiration to create Portle?

Shahery: I was skating in a skate park in Allston, when I saw this 13-year-old making crazy moves on the halfpipe. He seemed cool, so I started filming him.

NEFilm: Where have you screened your film?

Shahery: It has been shown at a festival in New England and another in France. I was in Berlin during the New England Mass Reality Check Film Festival, so Matt, the 13-year-old boy in the film, attended the screening. Hearing that he answered a full Q&A session on my behalf was certainly a highlight.

NEFilm: Do you have any advice on filmmaking?

Shahery: Don’t listen to teachers, or anyone, really. Besides the really good ones.

Watch Portle on NewEnglandFilm.com through October 15 as part of the 2016 Online New England Film Festival.