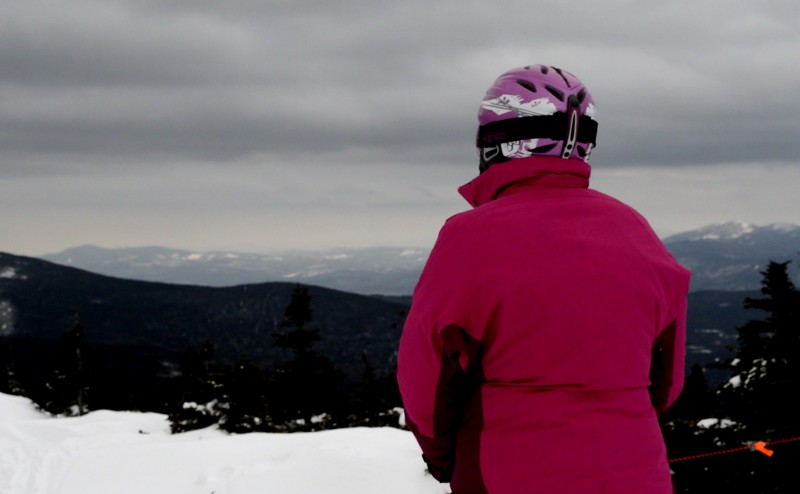 Andrew Burgess talks about the supportive community that inspired his documentary Meredith’s Medicine.

Andrew Burgess documents his mother’s mental escape from cancer treatments with his film Meredith’s Medicine, which is screening through October 15 as part of the 2016 Online New England Film Festival. In this interview with NewEnglandFilm.com, he talks about the supportive community that allowed his mother to continue doing what she loves.

Andrew Burgess documents his mother’s escape to Sugarloaf during chemotherapy in Meredith’s Medicine. In the following interview, he talks about the supportive community that inspired his documentary, which is now screening here through October 15 as part of the 2016 Online New England Film Festival.

NEFilm: What was the inspiration for Meredith’s Medicine?

Burgess: I was young when my mom was diagnosed with cancer, but I always knew that her friends and the community she had built at Sugarloaf were important to her. I always wanted to explore that, and this film is the result.

NEFilm: Where did you get the chance to showcase your film?

Burgess: It premiered in 2015 at the Rhode Island International Film Festival. It was the first time since I was 13 that I had done a public screening of that sort and I got a lot of positive feedback. It was really great to meet all the filmmakers there and hear critique from the audience.

NEFilm: So you’ve been making films for a long time?

Burgess: As a kid I always was messing around with the video camera. I made a lot of horror shorts with neighborhood friends. In high school that sort of faded for a while as I explored more “practical” career interests, but after a few science courses in college I fell right back into it.

Burgess: I’ve mostly been producing music videos for myself this past year. I’ve got a new album soon and I’m excited about that.

NEFilm: What should people know about you as a filmmaker?

Burgess: I’m proud to be a filmmaker in New England. I’ve had opportunities to go west, but I feel it’s important to try and be a part of the wonderful community here.

NEFilm: Do you have any advice for aspiring filmmakers?

Burgess: Get it done. Filmmaking is a labor of love, but when it comes time to submit your film somewhere, find a way to finish it up and be happy with what you have. You will always want go back and change things, that’s never going to change.

Watch Meredith’s Medicine on NewEnglandFilm.com through October 15 as part of the 2016 Online New England Film Festival.