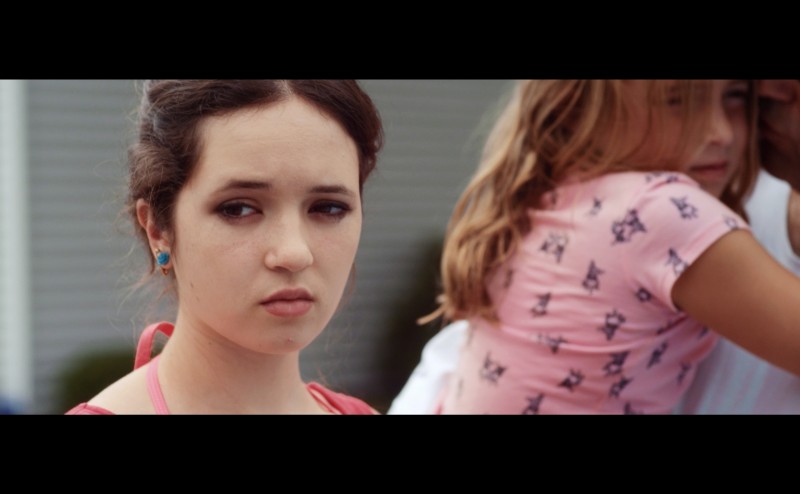 An interview with Aly Migliori about transcending the commonality of human experiences in her dramatic short Knightsville.

Aly Migliori reveals how identity, family, and independence play a role in her short Knightsville, while also sharing her experience screening it at festivals that celebrate female filmmakers. Originally screened at the Rhode Island International Film Festival and Independent Film Festival Boston, her film is now playing through October 15 as part of the 2016 Online New England Film Festival.

Winner of the Emerging Female Filmmaker Award for the 2016 Online New England Film Festival, filmmaker Aly Migliori presents her dramatic short Knightsville, about a young woman named Sara who returns home to a family that feels foreign and a culture that she no longer understands. The film examines the simultaneous painful disconnect and deep connection Sara has with her home, through the lens of a coming-of-age story set against the distinct backdrop of Rhode Island Italian American culture.

Originally screened at the Rhode Island International Film Festival and Independent Film Festival Boston, her film Knightsville is now playing through October 15 as part of the 2016 Online New England Film Festival. In this interview with NewEnglandFilm.com, Migliori reveals how identity, family, and independence play a role in her short, while also sharing her experience screening it at festivals that celebrate female filmmakers.

NEFilm: Where did you draw inspiration for your film and why did it feel important to tell?

Migliori: Knightsville, I hope, captures a universal story within the unique world of Italian Americans in Rhode Island. Identity, family, independence — these are all elements charting the path into adulthood. In having familiar feelings placed within a particular Italian American community, I hoped that Knightsville’s success was not the newness of this world, but rather the transcending commonality of human experiences.

NEFilm: How did you find a cast and crew for this project?

Migliori: Through a community of female filmmakers in New York City, I was able to cast Altagracia Guzman and my dream actress, Gina Piersanti, who was just coming off of her successful run with It Felt Like Love. Between locations, decorations, props, food donations, and generous volunteering, the community of Cranston, Rhode Island became an important player in this film. Also, many undergraduates from my alma mater, Brown, came on as production assistants. True to the non-actor inclinations of Italian filmmaking, the additional cast in Knightsville was made up of my very large extended family.

NEFilm: Where have you gotten the chance to screen Knightsville?

My favorite experience was the New Mavericks Q&A at the Atlanta Film Festival. Having the opportunity to be onstage with brilliant, creative, and empowered women only further served to inspire me. I look forward to a time where this is not a novelty, but I thank Atlanta Film Festival for recognizing now the need to showcase films not only directed by women, but also starring female leads!

NEFilm: What comes next for you?

Migliori: I am currently in pre-production on a second short film. It is a science fiction film and I’m very excited to explore a different genre. Interestingly, this one will also have a New England connection, as it is largely inspired by H.P. Lovecraft’s mythos and horrors. I am developing both films into feature-length versions, but I am finding the process to be quite long!

NEFilm: Based on your experience, what advice would you give about making films?

Migliori: The best advice I could give is to find a story that you’re passionate about, because filmmaking is a long and tenured process; you’re going to fall in and out of love with your idea, your footage, and your abilities over and over again. If the story is inspiring and the reasons behind making it are strong, that will propel you forward, keep your intentions true, and the creative spark alive.

Watch Knightsville on NewEnglandFilm.com through October 15 as part of the 2016 Online New England Film Festival.