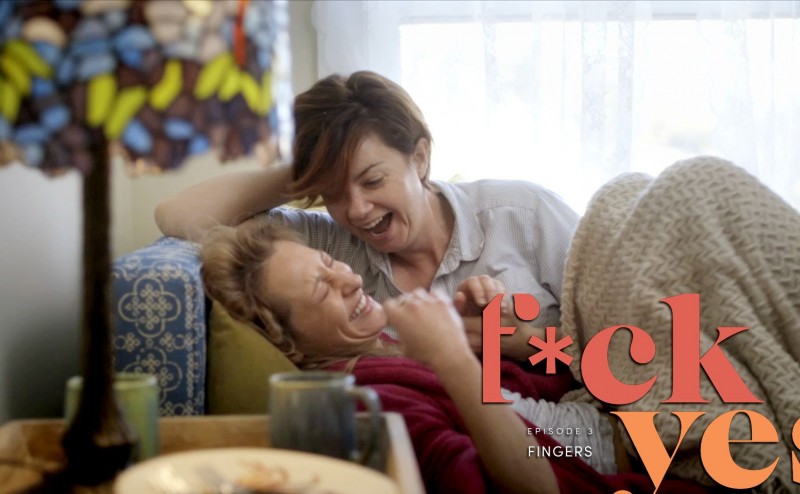 A still from the episode "Fingers" from the first season of F*CK YES.

Support the Seed&Spark crowdfunding campaign for season two of the series F*CK YES.

F*CK YES, a web series produced by an all-female production team, shows that talking about sexual consent doesn’t have to kill the mood and, in fact, can enhance it. Now, they need your crowdfunding support on Seed&Spark to raise money for season two.

With all the talk about consent, it’s about time a series has been created to show us what consent actually looks like in action. Created by Erica Anderson (Smith College grad), Elisabeth Aultman, Emily Best, Eve Cohen, Julie Keck, Jessica King, Lauren Schacher, and Blessing Yen, F*CK YES is a series of “sexy shorts that explore the moment before the moment two people have sex, showing explicit ways in which couples of all types—long-term, short-term, same-sex, opposite sex, young, old, all races, all body types, all abilities, all gender expressions—can confirm with each other that they both want to do what it seems they’re about to do.”

The goal of their all-female production team is to show that talking about consent doesn’t have to kill the mood and, in fact, can enhance it. They created the first four episodes of FCK YES on a shoestring budget for release on YouTube in early 2016. They’ve since gotten over 200,000 views on YouTube, coverage from Mashable, Refinery 29, Huffington Post, Bustle and more, along with thousands of tweets, likes and shout outs.

Now, they’re funding the second season on Seed&Spark in order to tell more stories and to be able to pay all involved.

One week into their campaign, they’re over 30% funded thanks to over 100 backers and a group of generous partners who are supplying books, sexy videos, nude art, and more as incentives for backer contributions.

Support the campaign yourself here.