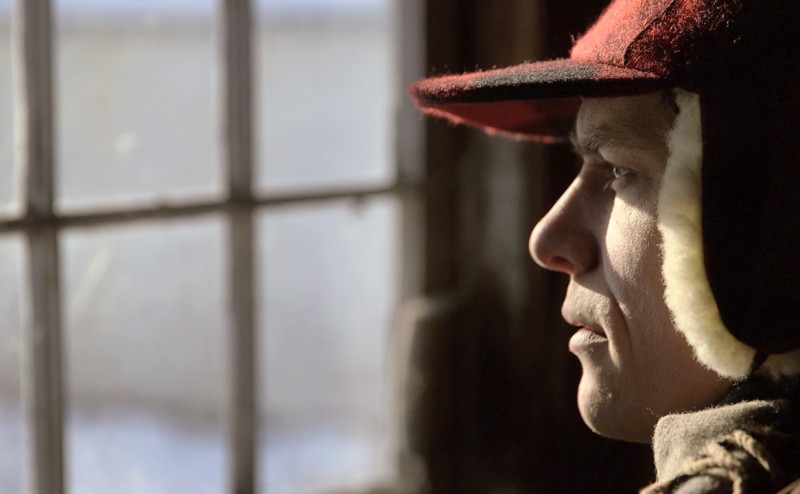 Sharyn Paul Brusie reveals how her desire to make films that deeply affect people and her love for organic farming drove her to make the documentary short Heart & Hand. Originally screened at the Maine Short Film Festival, her film is now playing through October 15 as part of the 2016 Online New England Film Festival.

Filmmaker Sharyn Paul Brusie blends video, poetry and music to create Heart & Hand, a stunning film about a farmer, his farm, the animals and the cycles of life. Her documentary short is a simple depiction of New England farm life that brings serenity to its viewers by gently carrying them through seasons of continuity, death, and rebirth.

NEFilm: When did you first feel the desire to be a filmmaker?

Brusie: As a young girl, I was naturally drawn to creating — making art. I had this deep sense that I’d be involved with films and music that would deeply affect people. I knew this as a very young person but I didn’t know in what capacity at the time.

NEFilm: How did you come up with the concept for Heart & Hand?

Brusie: I have a natural desire to eat high quality food, food with vitality. I love organic farming and everything it offers for us human beings, as well as the Earth and environment. Our most local farm is doing an outstanding job at producing incredible food and the guy that owns and operates it is a grounded, spiritual guy. This film started out as the beginning of a series. I was inspired to tell a story of the farm, the seasons and life cycles that are a way of life — all through the eloquence of poetry. I found a poet, original music that fit the feel of the piece, and a warm voice that narrated the pace of it. I wanted to express simplicity mixed with the complexity of life.

NEFilm: Poetry, original music, video — it seems like a lot of different people contributed to this film. Who was involved?

Brusie: I knew Daniel who owns the farm by eating his food, his extraordinary food. My husband, Kevin Brusie, is a photographer and videographer. We often work together and co-produce projects. I found a poet — a wonderful gal who majored in poetry at Tulane. I fell in love with the sound of this local band and the voice of one of its musicians at Local Sprouts — a restaurant in Portland, Maine.

NEFilm: Where did you screen Heart & Hand?

Brusie: Heart & Hand screened at the Maine Short Film Festival. People have mentioned how they feel peaceful, energized and hopeful by watching it.

NEFilm: Are you working on any other types of art as well?

Brusie: Presently, I am taking some time to paint figurative work on large canvases. I am extremely passionate about telling tales through this medium as well. Until the “right” and deeply compelling story comes along or my inspiration to write grabs ahold of me, I continue to create on a daily basis. Painting is also very fulfilling and I can easily say, I need to be making art, no matter what. I also have a couple of film projects are stirring in my head (and heart).

NEFilm: Do you have any advice for those trying to follow in your footsteps?

Brusie: Make your film. Create your vision with gusto. Have fun! It shows in the film in various ways. Research festivals that fit your genre, that treat filmmakers well, that give a sense of caring, and that show your film matters to them. It’s rewarding to have that respect for what you’ve accomplished. Try sending the film to some festivals that may be less in the limelight. They may surprise you with their fostering, classes, workshops, and gatherings. It’s also important to stick with what’s true for you. Make something that matters to you and think about the value in it for the rest of the world. Ask yourself why you are making this film and what is it really about…and then….GO, make it happen!

Watch Heart & Hand on NewEnglandFilm.com through October 15 as part of the 2016 Online New England Film Festival.