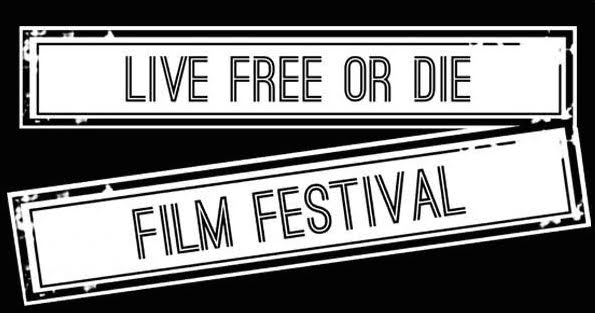 The first-ever Live Free or Die Film Festival rolls out an impressive line-up of independent films over two days this week at the Palace Theatre in Manchester, NH.

It was high time a film festival launched in Manchester, New Hampshire, says Dorothea and Robert Daniel, founders of the new Live Free or Die Film Festival. The inaugural festival launches this week for two days of screenings, film festivities and awards. See also the related article about the New Hamsphire film, The Chain, premiering at the Live Free or Die Film Festival on NewEnglandFilm.com.

The first-ever Live Free or Die Film Festival launches in the Queen City at the Palace Theatre this week on August 12 – 13, for two days of indie film festivities and awards, along with screenings of student films, shorts, indie, and avant-garde films.

A celebration of cinematic arts is exactly what this city needs, says Festival Director Dorothea Daniel. She conceptualized the event, along with her husband Robert, who serves as Founder and Executive Producer. Together, the couple also owns and operates Glass & Gear photographic rentals in Manchester.

It’s a big idea for New Hampshire that has finally taken shape, after years of contemplation over scale and logistics, says Dorothea Daniel.

“With all of the projects Robert produces, we had to wait until we had a little breathing room – but then we jumped on the task, and here we are now,” says Daniel.

After working the global film fest scene for many years, the Daniels felt it was high time for Manchester to have its own festival. In 2015, they started holding production meetings, to fine-tune the vision and set the wheels in motion for what will be the inaugural Live Free or Die Film Festival, the first of many more to come, she says.

The event will honor the independent spirit of filmmakers, experimental artists and animators, while creating a forum for film projects of all genres, styles and lengths, she says.

Launching a film festival with potential for an annual event is exactly the kind of initiative Matt Newton, Director of the NH Film and Television Office, likes to see.

“New Hampshire has a wonderful slate of film festivals that provide a wide array of eclectic programming, and we’re happy to see another added to the list with the launch of the Live Free or Die Film Festival in Manchester,” said Newton.

“As we see the schedule of films take shape, the Film & Television Office is thrilled to see New Hampshire-filmed projects such as The Chain, and others, take the spotlight in the Festival’s debut. It will be another great opportunity to showcase the creativity that is happening in the Granite State.”

Learn more about the Live Free or Die Film Festival or get tickets for events and screenings on August 12 and 13, 2016 at the Palace Theatre, Manchester, New Hampshire.

Read the related article about the New Hamsphire film, The Chain, screening at the Live Free or Die Film Festival on NewEnglandFilm.com.

Carol Robidoux is a freelance journalist and former newspaper reporter. She is founding Editor of ManchesterInkLInk.com, a hyperlocal daily news and information site for the Greater Manchester, NH, area.