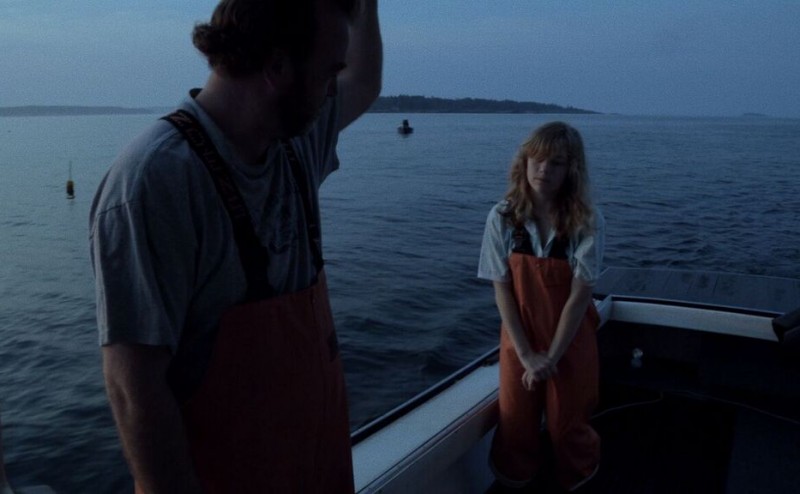 Producer Allen Baldwin talks about the film Neptune, shot in Maine and screening this August at the Woods Hole Film Festival.

The team assembled by Last House Productions seems to be the epitome of New England filmmaking, where passion, raw talent, and methodical planning drive them to create original and innovative films.

Far from the resources of Hollywood, Maine has become Last House Productions’ training ground, offering the setting for their mystic filmmaking. It’s where they’ve honed their craft and built a dedicated team of professionals, who have produced Neptune for a fraction of the typical Hollywood budget. Directed by Derek Kimball, produced by Allen Baldwin, and starring Jane Ackermann as Hannah, the film’s lead, Neptune follows the last summer of Hannah’s childhood in the late 1980s on an island off the coast of Maine. She plans on attending a prestigious boarding school on the mainland at the summer’s end, but the sudden disappearance of a classmate, swallowed by the sea, leads her to reexamine her ambitions.

Here, Baldwin talks about their hypnotizing film, which screens this August as part of the 25th Annual Woods Hole Film Festival.

Josh Kirk: What was the main inspiration for Neptune?

Allen Baldwin: Derek read an article years ago in a documentary magazine produced by the SALT Institute here in Portland. The article was about a woman who had filled the role of a stern-man on a lobster boat when she was a young teenager. 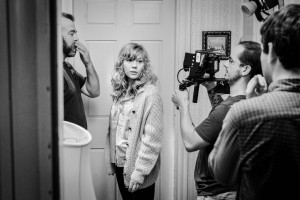 On the set of Neptune

JK: What do you expect audiences will think of it?

Baldwin: I certainly hope audiences like it. It’s an atmospheric film, and audiences seem to enjoy becoming immersed in Derek’s vision. And Jane Ackermann is just a revelation. Her subdued but captivating performance is definitely a big reason the film has done so well on the festival circuit thus far.

JK: What was the most difficult part of the production?

Baldwin: The most difficult part of our production was certainly the budget. When all was said and done, we spent about $35,000 on this film. Most films spend ten times that, or more, just in pre-production. So we had very few financial resources—which meant a lot of compromises as far as schedule and crew and locations. So it was challenging for sure, in that regard.

JK: What part of the production was the most fun?

Baldwin: We were able to build a really great camaraderie in the production of this movie. Most people were working on it because they believe in Derek and Jane, and they love the piece. So we had a great group of people that really wanted to make good work. That’s what everyone wants on a set, but we had to have it because of our budget level. I think the challenge of our non-existent budget actually created a more friendly set in a way, as well. I think when everyone is working on something because they want to, you get good product and have a good time doing it.

JK: How was the challenge of setting the film in the 1980s?

Baldwin: Pretty difficult. I think both Derek and I have decided that the next piece won’t be a period piece. Because it’s not just the clothes, although that’s a big part of it. It’s all the details. Watches, lawnmowers, televisions. Everything needs to be of the period, and when you have a minuscule crew and no money, that becomes a very considerable challenge.

JK: What do you like about filming in New England?

Baldwin: Well, I’ve only ever shot films in Maine. But Maine is a fantastic place to shoot movies. We have an amazing backdrop and a talented pool of film artists. We don’t have the infrastructure that other places might have, but we have a spirit of art and creativity here that I really believe has an effect on production. People have come to Maine for hundreds of years to make visual art, to write, and to explore their creativity. I see the burgeoning film scene as just another branch of that tradition

JK: Where do you see the New England film scene in five to ten years?

Baldwin: Well, I am one of the few folks that honestly doesn’t believe in the value of tax incentives. I think as they slowly begin to fade in popularity, and I think they will, we will be able to see a regionalized production scene grow and thrive. We need to focus on the talent and creativity that we have already in the area, and stop begging Hollywood to come knocking on our doors because we are cheap. We need to start sending people to Hollywood with product, exporting our art rather than importing it. That, in my opinion, is the true path to a sustainable film economy.

JK: What’s next for you and Last House Productions?

Baldwin: We are currently heading into pre-production on Derek’s latest script, entitled A Winter Table. It’s a culinary ghost movie, set in Maine in the winter. We already have some interest locally and are about to announce our participation in a well-known production lab. So we are already on our way into the next one, and will hopefully begin shooting sometime next year.

JK: Do you have any advice for aspiring producers and filmmakers?

Baldwin: Keep doing it. I made my first film with no money when I was 24. We are only now beginning to taste a little success, and both Derek and I have been making movies for years now. So determination pays off. And don’t do it for money. Do it for film. Because there are better ways to make money.

Neptune will be screening at the Redfield Auditorium on Thursday, August 4 at 9 pm as part of the 25th Annual Woods Hole Film Festival. For more information, see www.woodsholefilmfestival.org or www.lasthouseproductions.com.