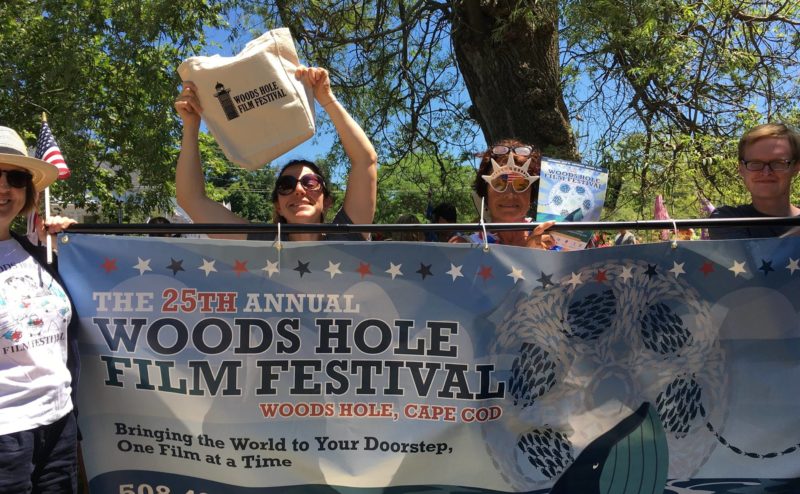 NewEnglandFilm.com talks with Festival Founder and Director Judy Laster about the 25th year of the Woods Hole Film Festival.

An interview with Woods Hole Film Festival Founder and Director Judy Laster about the realities of putting on a film festival, the festival community, and the ever -changing market of independent film.

The Woods Hole Film Festival is a summer gathering that, much like the films themselves, encompasses all art forms. Since its inception 25 years ago, the festival has evolved into a multi-faceted event with a strong, supportive community. Now, the eight-day festival on Cape Cod boasts workshops, staged readings, parties, panel discussions and special events. Founder and Director of the Festival, Judy Laster talks to NewEnglandFilm.com about the tough but rewarding realities of staging and participating in the festival circuit.

Judy Laster: You’d think that after 25 years, it’d be as easy as “check the box,” but it never gets easier.

JK: What sets this festival apart from all the others?

Laster: .I’ve been to lots of film festivals and those that really think of the event as a totality of experience, to me, are the most interesting. It brings people in the door who might not come to just see films.

JK: What’s the best thing that filmmakers can gain from the festival? 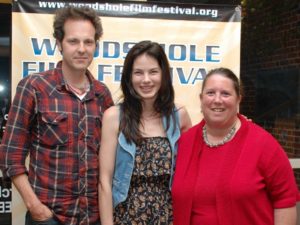 Laster: I think it depends on the filmmaker, but if they’re thinking about issues like—What’s the goal of my film? What do I plan to do with it? How do I relate to audiences? How do I become a part of the film community where there’s no physical place where the independent film community exists?—then there’s an interaction at the festival with the audience that they wouldn’t get any other way.

Most feature films that come here get distribution somehow. The distributors watch and they know what’s going on. The interesting thing that’s happening is that the whole way that film distribution works has changed so much that I think it’s even harder for distributors to know what the accurate and best model is for getting a film out to an audience. So I think film festivals have taken a different role, because that’s where you’re going to get your buzz and that’s where you’re going to get your press.

JK: What qualities in a film do you look for while sifting through all the submissions?

So our audience is going to be different from someone else’s audience, and that’s where I think the distinction comes in between different kinds of festivals. So we’re pretty tuned into our audience, because we’ve been doing it for 25 years.

That being said, we don’t just try to program the same kind of thing every year, we try to provide enough new experiences for people so that they now trust us as the curator, so they’re going to come to see what we’re going to show regardless of whether they’ve heard of it because other films they’ve seen at the festival have been life altering for them, and I don’t say that lightly.

JK: You’re the founder as well, what made you start the Woods Hole Film Festival?

Laster: Well I’ve been producing events my whole life, and after I graduated from law school, I came back here and lived in Boston and started taking film classes again. A friend of mine and I, who grew up in Woods Hole, have worked together basically our whole lives as kids, producing events. So we decided to start what we referred to as an “East Coast version of Sundance.”

And I look back over time, and the thing that’s exciting to me is I’ve grown a huge community of people that I know everywhere by doing this, and I feel like that’s the biggest thing filmmakers can gain, is a community of like-minded people who know their creative need and understand the pain of getting their projects made.

JK: How has the festival evolved?

Laster: We try to change things every year. It’s still only eight days—I think any more and we’d just have to die. I don’t understand how anybody can do more than eight days. But what’s changed is the expectations that people have of what we’re doing. We don’t have theaters, but we do have community spaces, so we work very closely with our community. So what’s changed this year is we’ve been working with our partners to help upgrade the equipment and the facilities. And now, I mean knock on wood, in one of them we’re going to have the best digital cinema in Cape Cod.

JK: How do you envision the festival in the future?

Laster: I would hope that we have programs in collaboration with local institutions, and institutions outside of Massachusetts that can really help focus on the intersection between film and science, which is sort of where we live. I think storytelling in the scientific realm is what we’re going to try to work on.

JK: What’s your favorite part of the festival?

Laster: When things go really well and people have a good time.

JK: So you’re worried the whole time through?

Laster: Oh yeah, cause everything can go wrong at any time. I mean, you have more control on a film set. I like to say—running a film festival is like shooting a feature film every year with no script, no budget, no cast, and the expectation that you’re going to win an Academy Award.

JK: Do you have any advice for filmmakers entering festivals?

Laster: Be very humble and realistic, and read. And cooperate. I mean, the things I’ve noticed over the years is what differentiates somebody who’s going to be successful and somebody’s who’s not, is that the successful people understand what somebody else is going through. I mean some people aren’t serious filmmakers, which is fine, but mostly the filmmakers who are going to be around in five years, they’re the ones that are easy to work with. So my biggest word of advice is to make somebody else’s life easier.