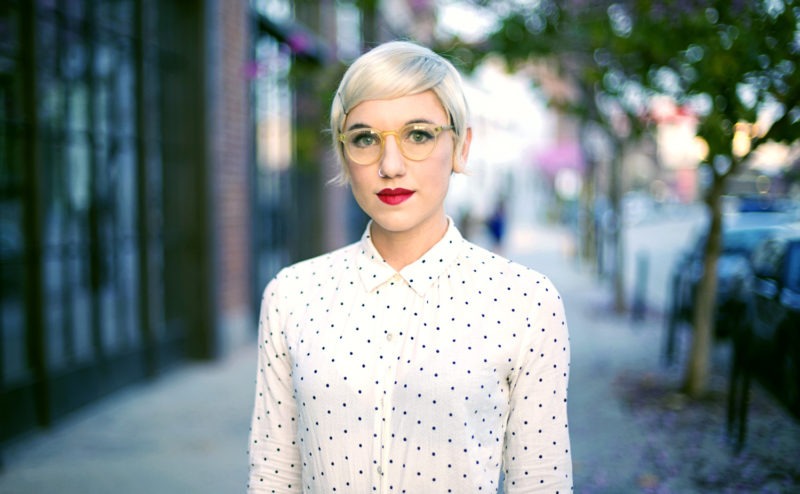 The Invisible Craft of Film Editing

An interview with Film Editor and 2016 Karen Schmeer Film Editing Fellow, Eileen Meyer, about finding her craft, applying for the grant, and working as an editor

“Applying for the Karen Schmeer Fellowship was extremely involved,” explains editor Eileen Meyer whilst we speak over the phone as she drives through traffic-laden LA. “The process made me really think about how I decided to become an editor.”

In 2004, Meyer received her BA in Film at Hampshire College in Amherst, Massachusetts. The institution, known for its student led approach, became a place of experimentation for Meyer. “You don’t get grades, or tests, it’s project based with not a lot of theory or academics—you just start making films.” Rather than focusing on the industry, and how to navigate the world of work, Meyer and her fellow students were encouraged to be self-reliant. “We were taught to understand who we are as individual artists, and to know what we want to do with that.”

Despite the supportive and valuable experience, Meyer left Hampshire College unsure of her direction, and feeling somewhat “technically challenged.” That’s where her guidance to be a self-starting artist helped, she headed to New York City and began working with a small documentary company.

“I was an assistant intern, associate producer, I shot and I recorded sound, I tried to learn something about all the jobs” says Meyer. However, more often than not a career in editing was the avenue that presented itself. “It kept being editing. I was good at it and people kept telling me that. My only reservation was that it was always sitting at a computer—I wasn’t sure I could do that.”

Long hours, and little pay resulted, as it does for many, in Meyer feeling “burnt out” in New York City, and it wasn’t long before a trip to Memphis, Tennessee led to her moving permanently to the home of the blues, and birthplace of Rock ‘n’ Roll.

“I loved the culture, and the music. I was introduced to soul music—real soul music.” After exploring editing and producing films in Memphis, Meyer decided it was time to move to Los Angeles, California where she now lives and works. “I was in search of more diverse film opportunities and a larger community of editors to learn from.”

Meyer’s latest work Best of Enemies, in collaboration with editor Aaron Wickendon, was a 2015 Sundance Film Festival Grand Jury Prize nominee, as well as being shortlisted for an Academy Award for Best Documentary, and was nominated for the Cinema Eye Honor for Best Editing.

“Most people say editing is an invisible craft, but working in documentary, especially archival films, it can be very visible and that’s not a bad thing. I learned so much from my co-editor Aaron about how to think outside the box, push boundaries and find the fun and humor in the edit.” It’s this project, and her previous achievements in both documentary and narrative fiction work that gained her the prestigious Karen Schmeer Film Editing Fellowship.

“I had applied twice to the fellowship. The first time the very first year it was created, and then four years later. Over that time as well as working lots, I learned to clearly articulate my skills, experience and desires for the future.” Meyer is humbled to receive the award. “Karen is a true hero to editors with an artistic voice, and her friends and loved ones have turned the tragedy of her death into something so positive, creating a perfect tribute to her spirit.

Meyer received the fellowship in a ceremony at SXSW on March 15th 2016, and is looking forward to the myriad of opportunities in networking, mentorship, and training. Meyer will be guided throughout the year by Greg Finton, ACE (He Named Me Malala, Waiting for Superman); Pedro Kos (The Square, Waste Land); and Kim Roberts, ACE (The Hunting Ground, Food, Inc.)

“There’s nothing else like it, particularly in the editing world,” she says, speaking of the year-long fellowship. “Mentorship was always part of the training for editors, it just doesn’t work like that now. And I’m so grateful to be given this award, and the experiences that will come with it.”

Meyer is currently working on a variety of projects, including a music documentary. “I feel now like I am in a place in my career where I can do the projects I really want to do,” explains Meyer.