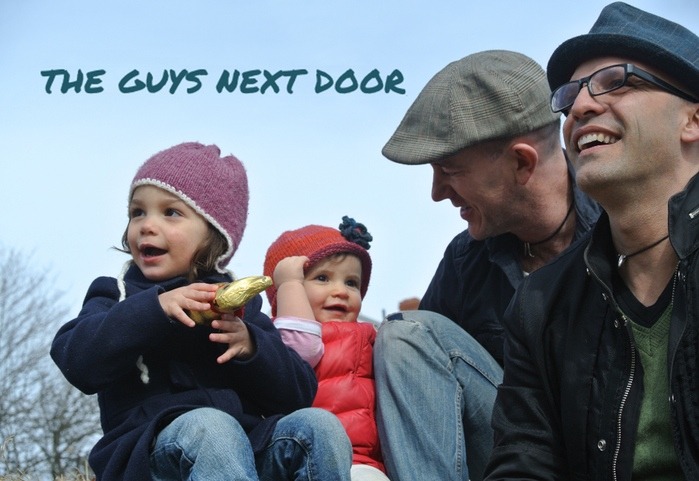 The Guys Next Door screens at Provincetown International Film Festival this month.

Happenings, industry buzz and call for films in the New England film industry.

The summer film festival season in New England kicks off, plus industry buzz, screenings, calls for films, and more. To submit a blurb for industry news, email news@newenglandfilm.com.

The Provincetown International Film Festival runs June 15–19 on Cape Cod. The festival opens with the feature Captain Fantastic and finishes with the documentary Strike a Pose. The festival will present awards of Excellence in Acting to Cynthia Nixon, Filmmaker on the Edge to director Ang Lee, and Evan Lawson Filmmaker Brunch Keynote Speaker to producer Effie Brown. For a full list of films and more information, visit ptownfilmfest.org.

The Latchis Theater in Brattleboro hosts the 2016 CineSLAM Vermont LGBT Short Film Festival on June 24th. Screenings include From Baghdad to the Bay, Float, and The Chanticleer. Learn more at cineslam.com.

Movies on the Block returns to Grant’s Block (260 Westminster St) in Providence, Rhode Island on Thursday evenings at sundown. Screenings are free and weather dependent. Watch Wet Hot American Summer on June 2nd, A Clockwork Orange on June 9th, The Adventures of Priscilla, Queen of the Desert on June 16th, Star Wars: The Force Awakens on June 23rd, and Snow White on June 30th. For the full schedule and updates, check out moviesontheblock.com.

Check out Massachusetts’s Berkshire International Film Festival June 2–5. Special events include a Filmmaker Summit and festival House Party. For the list of screenings and more information, go to biffma.org.

Massachusetts filmmakers Allie Humenuk and Amy Geller’s documentary The Guys Next Door, featured in our Kickstart New England series, will screen at this month’s Provincetown Film Festival. Read more about the film here.

The Boston/New England Emmy Awards will be held in Boston on June 4th. Check out the list of nominees here.

The feature comedy Central Intelligence opens this month. The film was shot in Massachusetts and stars Dwayne Johnson, Kevin Hart, and Amy Ryan. See more at the film’s website.

Connecticut filmmaker Brittany Nisco is at work on her feature film Wandering Off. The family drama is being shot with a New England crew. Learn more here.

The Vermont Filmmakers’ Showcase is now open for submissions from Vermont filmmakers. Submit an application and learn more about the event here.

The LEF Foundation is currently accepting submissions for its New England Moving Image Fund pre-production grants. Proposal deadline is June 3rd. For more information on how to apply, visit the LEF website.