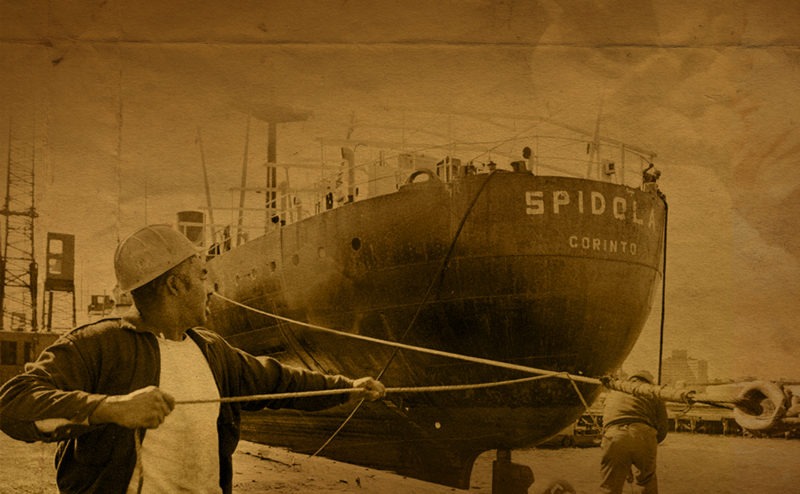 Director and Producer Claire Andrade-Watkins talks about the films being showcased in a 30-year retrospective at the Museum of Fine Arts, Boston this June 18-19.

Claire Andrade-Watkins talks to NewEnglandFilm.com about the inspiration, distribution and television broadcasts for her films, which are being presented in a retrospective on Cape Verdean history at the Museum of Fine Arts, Boston.

This month, the Museum of Fine Arts in Boston will screen Our Rhode, a presentation of works created between l986 and 2016 by second-generation Cape Verdean filmmaker Claire Andrade-Watkins. The films reconstitute the history of three generations of Cape Verdeans living in the Fox Point section of Providence, Rhode Island who were displaced by urban renewal, gentrification, the expansion of Brown University and the construction of Interstate I-95. 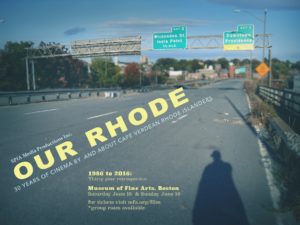 The resulting two-day screening event on June 18 and 19, 2016 will present an essential history of the transatlantic migration of the African Diaspora, creating an “epic odyssey that weaves together the local, global and universal themes of immigration, ethnicity, displacement, history and memory.” The final screening of Working the Boats on June 19 at 3:30 pm will be followed with a discussion with Andrade-Watkinsand the Fox Point Cape Verdean Project Committee.

Here, NewEnglandFilm.com talks with Andrade-Watkins about the inspiration, distribution and television broadcasts for her films.

NewEnglandFilm.com: What was your inspiration for making Spirit of Cape Verde?

Claire Andrade-Watkins: I have always been actively involved in community, political cultural events in Boston and Cape Verdean community. I came to Boston for college, but always was on a quest to try to understand why my community in Fox Point was pushed out.

A major goal of my graduate study at BU in African American Studies and then African Studies finding out as much as I could about the history of Cape Verde and the Cape Verdean immigration to the United States. I could not understand how/why there was such a paucity of information about a community that had such long and deep connections to New England since the late l8th century. Documentary was my way of creating and disseminating the history of Cape Verde and Cape Verdeans.

Spirit of Cape Verde was my first documentary, and jumped out there to do it, using the skills acquired from working as an intern under Sarah Ann Shaw at Mzizi/Roots, and later on Odyssey, a PBS series on anthropology and archaeology.

NEF: What’s your own personal connection to Fox Point & the Cape Verdean community?

Andrade-Watkins: I am a second generation Cape Verdean born and raised in the Fox Point section of Providence. My paternal grandmother arrived in Fox Point in l915, where her soon to be husband awaited her arrival. Three generations of our community were displaced by urban renewal, gentrification, expansion of Brown University and the construction of the original I-195.

NEF: So I see that you’re listed as distributor for Testamento, also being screened at the MFA—were you part of that production from the beginning?

Andrade-Watkins: I learned about the importance of distribution in creating stories about/for/by the African/a Diaspora through Ousmane Sembene and working with Haile Gerima.

I was in Cape Verde in 1996 as a Fulbright fellow at the same time the production of Testamento was underway in Mindelo, Sao Vicente, the city where my daughter and I were living. O Testamento do Senhor Napumoceno da Silva Araujo, was the first Cape Verdean, Brazilian, and Portuguese co-production, and an interesting effort to create a cultural commodity that targeted the global Portuguese speaking market.

I thought this work was a credible reflection of Cape Verde, particularly since it was based on a Cape Verdean novel, shot in Cape Verde, and featured local actors as well as major Cape Verdean musicians. Further I felt it was a story that had universal appeal for both the Cape Verdean and the American audience. A successful theatrical release would increase the public awareness of Cape Verde, Cape Verdean literature, and expand the educational opportunities to talk about the history, language, culture and communities in America and the Diaspora. Further, it was beautifully shot, and a love story: a theme with universal appeal that could cross over to a broader audience.

My company, SPIA Media Productions, Inc., became the North American distributor of O Testamento do Senhor Napumoceno da Silva Araujo, or Testamento as the film was renamed for the North American release. Since the first theatrical debut in the USA in 1998, Testamento has gone coast to coast, from Boston to New York to LA, and points in-between; Canada theatrical and television, SBS-TV, Australia, HBO/Cinemax, Starz/Encore, and national DVD release through Winstar/Wellspring (now Genius Productions).

The distribution pattern for Testamento was based on the grassroots distribution model I learned from working as an assistant to the producer on Sankofa, the epic film on slavery by Haile Gerima and directing film festivals and special programs on cinema from the Africana Diaspora.

The MFA screening of Testamento, now a beloved classic, is the first re-release screening the US. Consul of Bordeaux, the second film of Portuguese director Franciso Manso screening at the MFA is an important piece of history that is not widely known. Further the themes of immigration and persecution during l930s and the rise of Hitler are lessons from the past that are important to be seen and heard.

NEF: Tell me about how you were able to work with WGBH to raise awareness about your works?

Andrade-Watkins: Spirit of Cape Verde broadcast in l986 on WGBH as an acquisition through Say Brother. I’m sure it has changed significantly in terms of acquisitions of local programming. Since 2010 , the 55” PBS length version of SKFPR has broadcast regularly on WSBE TV 36/RI PBS.

The upside to this is having a PBS regional platform through RI, CT and southeastern MA where the heaviest concentration of Cape Verdeans reside. The downside is that they do not pay. You give them the work, which you pay for the costs in making the 55” version and deliverables. Not ideal in terms of money, but great in terms of visibility.

To learn more about the impact of ‘urban renewal’ on the Cape Verdean community in Providence, read the recent interview with Andrade-Watkins in the Providence Journal.