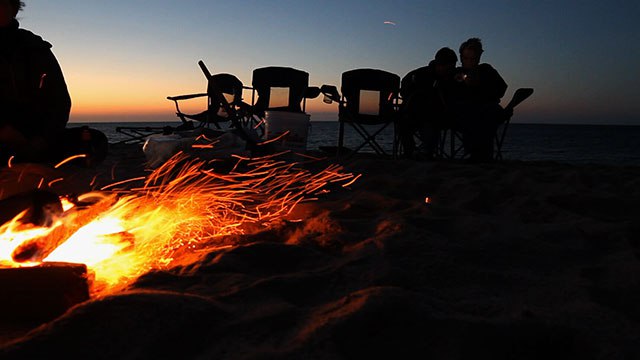 The Wicked Queer LGBT Festival screens films in Boston this month, including Clambake, a documentary by Andrea Meyerson that charts the growth of Women’s Week in Provincetown, from its inception to becoming the thriving "lesbian mecca" it is today.

Happenings, industry buzz and call for films and scripts in the New England film industry.

The Vermont Movie Archive Project and the Vermont Historical Society celebrate the 100th anniversary of the 1916 film A Vermont Romance this spring. A restored screening of the film with live musical accompaniment will tour Vermont over the next several weeks. For more information and a list of screening times and locations, click here.

Roger Williams University hosts the Roving Eye Film Festival April 10–17. This year’s theme is the power of the positive effects of art and culture. Screenings are free and open to the public. Click here for more details.

The Emerge Film Festival runs April 28th to May 1st in Lewiston and Auburn, Maine. Read more about the festival and check out the list of screenings here.

Boston hosts the ReelAbilities Film Festival April 3–14, celebrating the stories of people with disabilities. Films screen at several venues in the Boston area. Learn more at the festival website.

Sacred Heart University hosts “Getting in the Game: A Symposium on Women in Sports Media” on April 23rd. The event will feature a keynote address and workshops. Click here to register for the free event.

Celebrate the Independent Film Festival Boston April 27th to May 4th. For a list of films, updates, and information on purchasing festival badges, visit iffboston.org.

Keene, New Hampshire hosts the Monadnock International Film Festival April 14–16. The festival features an array of feature and short films. For a schedule and more information, check out moniff.org.

Massachusetts hosts two Geek Girl Tech Con events this month. Workshops and panels will include information on creative technology, such as video editing. A conference will be held in Boston on April 7th and on Cape Cod on April 9th.

Massachusetts filmmakers Allie Humenuk and Amy Geller recently premiered their documentary The Guys Next Door at the Sarasota Film Festival. Read more about the film at A Squared Films.

Massachusetts filmmaker Jennifer Potts has begun work on her feature film The Extraordinary World of Cecily Blinkstop. Filming is scheduled to begin next summer, and Potts plans to film in New England, with a cast and crew largely from the region, and at least 50 percent female. Read more about the project here.