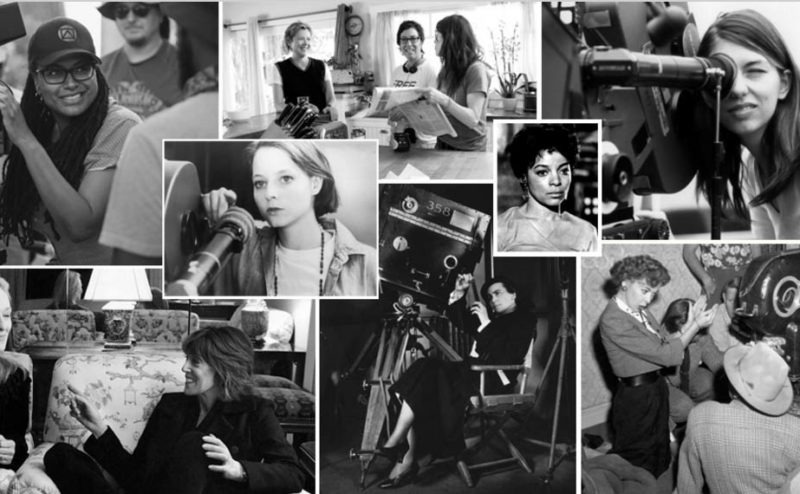 Genine Tillotson, executive director of the Harvard Square Scriptwriters and a producer/director herself, talks about the Flicks4Chicks competition, a challenge for filmmakers from all backgrounds to create short films with a central female character.

What is a “chick flick” anyway?—asks Genine Tillotson, founder of the Flicks4Chicks competion. Is it “something that focuses on relationships and the emotions of the characters? A film not built around war or annihilation or the pursuit of absolute power?” or maybe simply “a story involving a female where we get a glimmer of her perspective and goals?”

Tillotson, executive director of the Harvard Square Scriptwriters and a producer/director herself, launched the Flicks4Chicks competition to challenge filmmakers from all backgrounds to create short films with a central female character. The competition takes issue with the notion that narrative movies about or targeted at women cannot be substantial, exciting, and prove to be heavy hitters in the industry.

In a one-month period from April 1 to May 1, 2016, participating teams will be asked to make a film of less than 10 minutes in length, based on one of 3 situations provided by the contest organizers. In June, they’ll honor the best of these works with awards named after notable women in the industry. Our screenings and panels will be part of a newly created festival Different Faces, Different Voices. Here Tillotson talks with NewEnglandFilm.com about the competition in its inaugural year.

NewEnglandFilm.com: Why name your competition Flicks4Chicks? Doesn’t that term connote a film of inferior quality?

Genine Tillotson: We think it’s time to take back that term and re-frame its meaning. What is a ‘chick flick’ anyway? Why is a film of that type held to a different standard and belittled by the industry, when blockbusters like Gone With The Wind, Titanic, Thelma and Louise, and Bridesmaids have proven there is a huge audience for these stories?

Honestly, we are tired of watching filmmakers fear the label “chick flick” and we think it is time to embrace it, while elevating these stories even further.

NEF: Why give teams only a month to make a film? Lisa Sene at a workshop at Talamas.

Tillotson: One of the things that challenges so many filmmakers is procrastination. Every film can always be improved or completed tomorrow or next week if no one is waiting. For women, this can be a particularly difficult obstacle as they often put children or spouses ahead of their own careers.

The wildly successful 48 Hour Film competitions have proven that a focused team can make a movie in a weekend. But we want filmmakers to spend more time on story and not just show off their technical or acting chops. So, we’re hoping a hard deadline of a month will help people to finish something that has a terrific message while also being of high production value, a calling card to whatever they hope to do going forward.

NEF: Why are you forcing your filmmakers to use one of your situations?

Tillotson: Here’s something pretty ironic and probably not very politically correct to say. The vast majority of films made by women are low-budget documentaries exploring history or issues. And often when there are narrative film or script contests where a woman is the central character, we see the same old tropes (whether written by men or women). The main character is obsessed with supporting or fixing or attracting a man, end of story. Or, if the characters are older than 30, the females are scolds or frigidly cold, or in some way desperate because they are aging – the Norma Desmond effect. As judges, we have seen this time and again.

So, a number of us began to imagine situations that would go beyond the Bechdel Test. Not only would we ask that characters do something other than discuss a man, we wanted to see them become mistresses of their own destinies, have thrilling adventures, engage in sismances (a word we think we invented), the equivalent of a bromance. As one intern observed, “not merely shadows or Hollywood stereotypes.”

Our situations are very general so there is huge opportunity for the filmmakers to create a short about anyone from an athlete, to a scientist, to a homeless person, to a reinventing grandmother, to an adolescent battling depression—you name it!

NEF: What are you hoping will be the outcome of such a contest?

Tillotson: We have done outreach to all 44 chapters of Women in Film (and Television) around the world, to universities across the US and even to high schools. As of this writing we have 30 teams from all over the US and the world geared up and raring to go. So, we are hoping to see lots of small stories that authentically capture the myriad voices of women from a diverse range of religions, races, ethnic backgrounds, socioeconomic groups, and ages. And we plan to reward our winners and help them to connect inside the industry so more meaningful chick flicks can be made.

To learn about the contest go to www.flicks4chicks.org or sign up at https://filmfreeway.com/festival/Flicks4ChicksFilmContest.