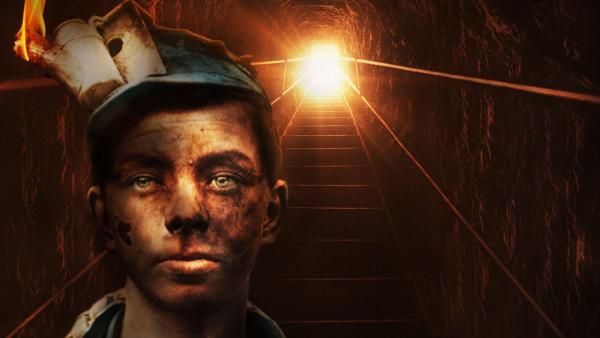 The Mine Wars, produced by the local company The Film Posse, airs on PBS.

Celebrate the Academy Awards at special events around New England on Sunday, February 28th. Check out viewing parties, red carpets, contests and more at the Brattle Theatre in Cambridge, Ellie Fund, Red Carpet Experience: Providence, Spotlight Theatres in Hartford, The Strand in Rockland, and Red River Theatres in Concord. And, of course, amidst controversy over the lack of diversity at the Oscars, some changes at the Academy will be made, as reported by the Boston Globe.

The Mass Production Coalition hosts its Winter Meeting on February 10th at Boston’s Revere Hotel. Cocktail reception begins at 6:00 pm, with presentations to follow from 7:30–9:00 pm. Admission is free for MPC members, $25 for guests. To learn more and register, visit the MPC website.

Boston’s Museum of Fine Arts hosts “Stanley Kubrick: A Retrospective” February 7–28. Screenings will include Fear and Desire, 2001: A Space Odyssey, Spartacus, Dr. Strangelove or: How I Learned to Stop Worrying and Love the Bomb, and more. For showtimes, visit the MFA website.

Rule Boston Camera hosts free workshops Teradek Bolt: Reliable Wireless Video on February 17 from 10 am to noon to learn about why the Bolt has become the staple for most focus pullers alongside Steadicam and MōVI work and Taking Your Show on the Road with DeJero on February 24 at 10 am to noon to see a demo and learn how Dejero solutions simplifiy remote acquisition, cloud management and multiscreen distribution of professional live video. See their website for more info, or RSVP.

The University of Massachusetts Boston Spring Film Series runs through April. Screenings are free and open to the public. For a schedule and more information, click here.

Newton, Massachusetts’s Talamas hosts Don’t Move the Camera, Move the Story! on February 20th from 9:00–3:00. The free event will cover effective uses of camera work and lighting. Learn more and register at the Talamas.

Kenneth Lonergan’s film Manchester by the Sea has been a hit at this year’s Sundance Film Festival. Set in the seaside town, the film was partially shot on Massachusetts’s North Shore and stars Casey Affleck, Michelle Williams, and Kyle Chandler. Read more from Variety.

Jane Fonda received the Coolidge Corner Theatre’s Coolidge Award on January 31st. The event included a screening of her recent film Youth, career highlights, and a conversation with WGBH’s Margery Eagan. Read more from the Boston Globe and the Coolidge.

PBS’s American Experience recently premiered The Mine Wars in late January. The documentary focuses on Virginia coal miners in the early 1900s, produced by Boston company The Film Posse. Watch a trailer and learn more at their website.

Studio16, a new photo, video, and event studio, recently opened in East Boston. The studio has partnered with Rule Camera Boston to offer free delivery and pickup for equipment rentals when booking a day at Studio16. Learn more at Studio16.

The Center for Independent Documentary in Massachusetts celebrates 35 years in 2016. Learn more about the organization and its upcoming events here.

The Boston Jewish Film Festival has named Barbara Resnek as Board President. Resnek has been on the festival board for ten years. For more information about the festival, visit bjff.org.

The Independent has an open (free) call for its annual 10 Filmmakers to Watch in 2016. Read the guidelines and submit a nomination form.

The Berkshire International Film Festival is accepting submissions through March 8th. The festival will be held this summer. For information on how to submit, click here.