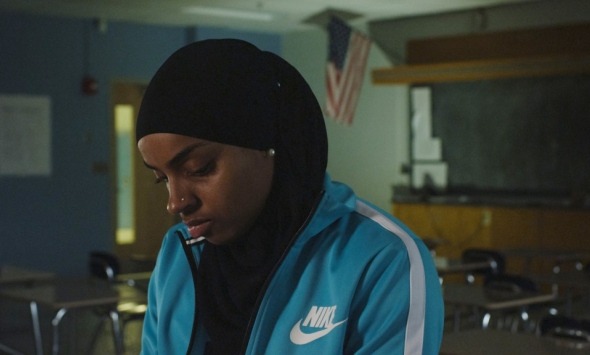 Life Without Basketball is one of the films granted an award in 2016 by the LEF Foundation.

Cambridge, Massachusetts’s Brattle Theatre presents its “(Some of) The Best of 2015” series January 15–28. Screenings include Mad Max: Fury Road, Tangerine, Girlhood, The Pearl Button, Crimson Peak, Clouds of Sils Maria, and more. For a list of showtimes, click here.

Canada’s Banff Mountain Film Festival begins its World Tour this month in the United States, where it will visit several states in New England. For a list of screening locations by state and to read more about the films, visit the festival website.

We’re all counting on you to enjoy a Cult Classics screening of Airplane! at the Avon in Stamford, Connecticut. The event takes place January 26th at 8:30 pm. For ticket information and more details, visit the theater website.

Maine Film & Video Association’s 2016 Maine Short Film Festival continues its tour around the state this month. Screenings will be held on January 7th at Space Gallery in Portland, January 14th at Gracie Theatre in Bangor, and January 28th at Frontier Café in Brunswick. Click here for more information.

Rule Boston Camera hosts several free learning labs this month including BAVUG’s kickoff meeting to discuss Adobe Premiere or Avid Media Composer? on January 13, An Introduction to the New Sony FS5 on January 20 and Expanding the Sony F5/FS5 into an EFP/ENG Powerhouse on January 20. See more information on their website or RSVP to events@rule.com.

Flickers/Rhode Island International Film Festival received a Champlin Foundations Grant of $22,000 to be used for the purposes of creating the KidsEye Digital Discovery Lab within their Providence office. The Lab is designed to teach fundamental elements of film/media post-production and will be available on a year-round basis. The lab will allow Flickers to extend its film education offerings beyond a seasonal basis of its KidsEye Summer Filmmaking Camp, now in its 17th year to include classes on digital filmmaking, image capture, screenwriting, editing, sound design and special effects. See their website for more information.

Hasty Pudding Theatricals have named Kerry Washington their 2016 Woman of the Year. Washington will be celebrated with a parade and ceremony at Harvard University on January 28th. To read more about Washington and Hasty Pudding, and to purchase tickets, click here.

The feature film The Finest Hours opens January 29th. Based on real events, the survival story takes place in 1952 Cape Cod and was filmed in Massachusetts. Read more about the film here.

The Golden Globes will be held January 10th in Los Angeles. Nominees with New England connections include the films Spotlight and Joy, Steve Carell, Matt Damon, Viola Davis, and more. For a full list of nominees, visit the Golden Globes website. Oscar nominations will be announced on January 14th.

Stowe Story Labs has announced its Fall Narrative Lab will take place September 10-13, 2016. Stowe Story Labs brings screenwriters, filmmakers and creative producers together with seasoned industry professionals to help get projects made and seen. NewEnglandFilm.com will once again sponsor a fellowship to cover all fees and meals for the Labs for one emerging New England-based screenwriter, filmmaker and/or creative producer showing tremendous promise and talent. See their website for more information and to subscribe for updates.

Maine Media hosts a Screenwriting Retreat January 17–30. Participants with a screenplay in progress are encouraged to apply for the workshop, led by screenwriter Wayne Beach. To learn more about the retreat, fees, and how to register, click here.