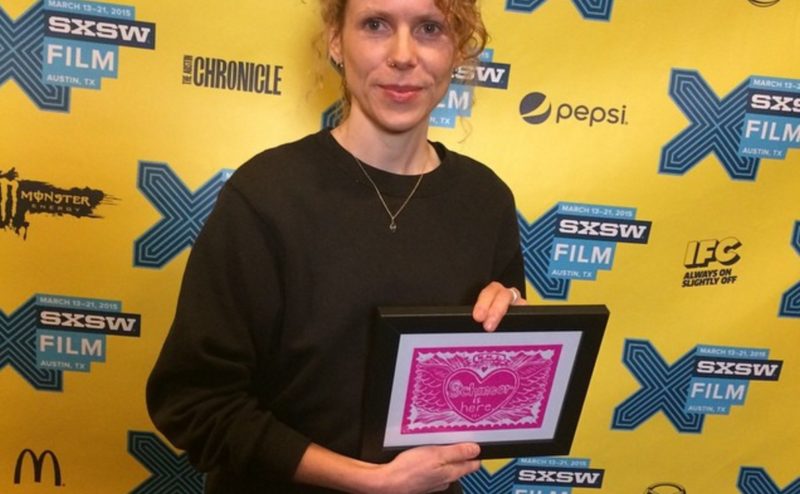 An interview with Anna Gustavi, recipient of the Karen Schmeer Film Editing Fellowship

The most recent recipient of the Karen Schmeer Film Editing Fellowship, Anna Gustavi talks to NewEnglandFilm.com about her background and current projects, the connection between fine arts and editing, and what editing software she uses.

In 2015, Anna Gustavi received the Karen Schmeer Film Editing Fellowship, a fund created in memory of the talented Schmeer who graduated from B.U. and edited with Errol Morris. The fellowship committee said that they chose Gustavi for “her self-described ‘sense of responsibility’ to the sounds and images she assembles, her keen interest in learning from other editors and filmmakers, and her sensitive portrayal of pianist Seymour Bernstein in the feature documentary Seymour: An Introduction.”

Originally from Sweden, Gustavi arrived in New York ten years ago. Most recently, she has been immersing herself with the documentary community in New York. Here, she talks to NewEnglandFilm.com about her background and current projects, the connection between fine arts and editing, and what editing software she uses.

Søren Sørensen: Tell me a little bit about the latest film that you’re working on, One Bullet.

Anna Gustavi: I’ve been working on a documentary called One Bullet Afghanistan directed by Carol Dysinger. She works at NYU and she made a film before it called Camp Victory. One Bullet is about civilians in Afghanistan and what happens when a stray bullet goes the wrong way and hits someone accidentally. The previous film she made, Camp Victory, is also a documentary about Afghanistan, and more about the military part of it, with Americans and Afghans in collaboration. So One Bullet is more focused on the civilian side of it.

SS: How do you like to work? Do you prefer one particular software over another?

Gustavi: I feel like editors need to be technically skilled but the software just a tool. An editor needs to be a good storyteller. As tricky as it can be to pick the right software, you can always learn the next software that you need to learn. I’ve edited on Premiere, Final Cut, and Avid at this point, and I don’t know if I have a preference. But I think a lot of people are probably switching to Premiere. If you learn one, you can learn the others. It’s exciting because documentary is very open-ended and creative. You have your imagination and you have your footage. I feel it’s mostly up to you to figure out what’s actually in there and what’s worth putting in the story.

SS: How did you get into filmmaking? What’s your background?

Gustavi: I actually have a fine arts background—I went to to the School of Visual Arts —so I had been making my own projects and then at a certain point I got more and more interested in filmmaking. I read tons of books on everything I could get my hands on, a lot of technical books about filmmaking. I did internships and just tried to learn hands-on which of course a lot of people do in the film world. I worked for people who had their hands full enough that they were desperate enough to throw me something.

SS: What about your upbringing led you to a career in the arts and filmmaking? Were your parents artists?

Gustavi:  Neither of my parents are artists. There are some artists in my family but not specifically my parents. I’ve always been somewhat creative. I went to art school in Sweden. The schools are a little bit different there because you actually prepare a portfolio before you’re even considered for these very prestigious universities where they only accept a very limited number of students each year. It’s super competitive. I eventually moved without even applying and continued in the States.

SS: As a film editor, in what ways does your fine arts background continue to be useful to you?

Gustavi: I definitely think that it’s useful to have been trained to look at images. I feel like having a fine arts background is great because you just throw out everything. You learn to have a very detached eye until you see something good and that’s a hard thing to do. You have to be prepared to “kill your darlings” and really cut out anything that doesn’t serve the story.