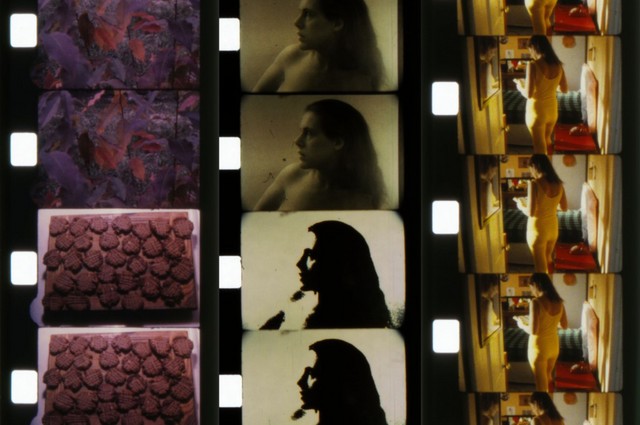 Liz Coffey of the Harvard Film Archive talks about archiving the late Boston filmmaker Anne Robertson's body of work and the public screening before the films undergo preservation.

As the Harvard Film Archive prepares to embark on the preservation of the short films of the late Boston filmmaker Anne Robertson, they offer a final screening of a portion of Five Year Diary on Friday, December 18 at the historic Carpenter Center for the Arts.

Liz Coffey, of the Harvard Film Archive, has an immense task in front of her, but she’s up for the challenge. “It’s exciting to be at the start of this process,” she says.

Liz Coffey is a Film Conservator as part of the Media Preservation Services at Harvard University, and is about to undertake the preservation and archival of the full catalogue of work belonging to the late Boston-based filmmaker Anne Robertson.

“They realized everything would be in jeopardy if anything was to happen to Anne,” explains Coffey.

Brodsky and Treadway’s, a Rowley, Massachusetts two-person studio, was concerned about the preservation of Robertson’s entire body of work. The studio had worked with Robertson’s Super 8 material throughout her career and prior to her death in 2012 had begun talking with her about the vast collection of short films, associated works and her most prominent piece Five Year Diary, an approximately thirty-seven-hour film which spans the years 1981 – 1997.

“Film is still the sturdiest medium for archival, preservation and presentation,” assures Coffey. The preservation project is yet to get underway but plans are forming, and contracts are being drawn up between the several parties that will be involved in this year-long project.

With the project imminent Coffey is presenting a final screening of a portion of Five Year Diary at the Harvard Film Archive’s historic Carpenter Center for the Arts. “We want to pull the work together in its entirety, and therefore none of the work will be shown until we are completely finished,” adds Coffey.

So a moratorium has been called on any public screenings of Robertson’s collection.

Established in 1979 the Harvard Film Archive, as a division of the Harvard library, is one of the largest and most significant university-based motion picture collections in the United States, with a collection of well over 25,000 audio visual items from around the world and from almost every period in film history.

The screening of Reel 3, which forms part of Robertson’s Five Year Diary will screen at Dear Video Diary: Christmas with Anne Robertson and George Kuchar on Friday, December 18th at 7pm and is open to the public. Both filmmakers took unique approaches to their work as film diarist and these complementary episodes look at the holiday season from their particular point of view. Reel 3 of the

Five Year Diary is the first of many documenting Christmas and New Year. It focuses on the rituals of cooking, eating and dishwashing—themes found throughout the opus.

“She didn’t shy away from the topics that most people find uncomfortable,” explains Coffey when discussing Robertson’s experimental first-person work. “I enjoy the themes, she was great at talking about the self, obsession, mental health and family. You can read about her work, but it’s just not the same as watching it – living it with her.”

Dear Video Diary: Christmas with Anne Robertson and George Kuchar screens Friday, December 18th at 7pm at the Carpenter Center for the Arts. See the Harvard Film Archive website for more information about the screening  or their Anne Charlotte Robertson collection.