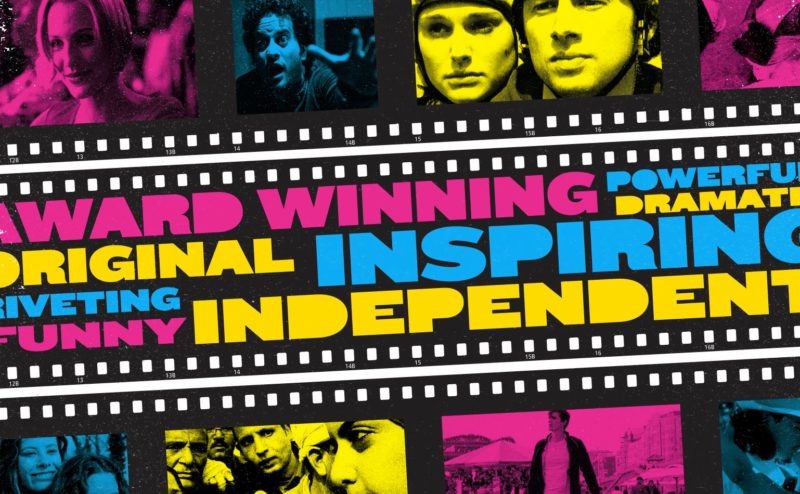 How about spreading some holiday joy (and much-needed money) to these six local film nonprofits? We’ve chosen one for each New England state.

Of course, there are so many important causes to consider, but those of us who live and work in the arts know how important (and often how difficult) it can be to make ends meet. So this year, consider making a donation (any amount) to one of the local film-related charities listed here.

Now in its 19th year, Flickers, a 501(c)(3) non-profit organization, offers an artistic exchange as well as opportunities for the global creative community that are not available in the established entertainment industry. They run the Rhode Island International Film Festival which takes place in the historic cities of Providence as well as satellite locations throughout the state; including Bristol, Narragansett, Jamstown, Bristol, Woonsocket, Barrington, Cranston and Westerly. The 501(c)(3) non-profit organization was founded in 2007 in order to preserve The Independent Film & Video Monthly magazine archives (in publication since 1978) and continue their tradition of being the leading source of information for independent, grassroots, and activist media-makers, providing inspiration and information for their films and video projects, as well as creating connections to the larger independent media community.

The New Hampshire Film Festival is a 501(c)(3) non-profit organization that unites professional filmmakers and screenwriters with industry experts, students, educators, and film lovers for an inspiring, four-day celebration of independent film through panels, workshops, screenings, and networking events.

Out Film CT is a nonprofit cultural organization dedicated to presenting outstanding LGBT cinema throughout the year, culminating in the nine-day Connecticut Gay & Lesbian Film Festival, which is the longest-running film festival of any kind in the state.

Donate to Out Film CT

The Maine Film Center is a 501(c)(3) non-profit organization whose mission is to enrich, educate and entertain the community through film and art. They run the Railroad Square Theater and the Maine International Film Festival.

Donate to the Maine Film Center