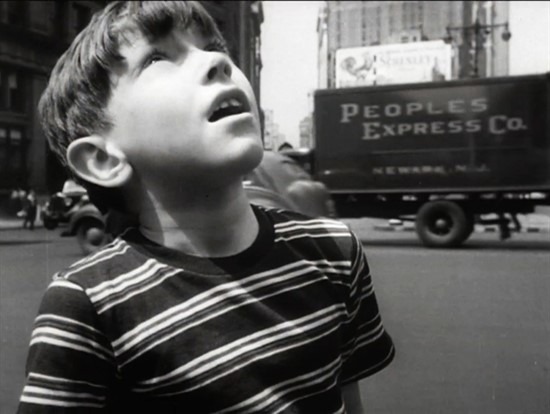 Projections of America screens as part of the 2015 Boston Jewish Film Festival.

Ben Affleck is back in Boston, plus other buzz, happenings and opportunities. To submit news, email news@newenglandfilm.com.

Check out Emerson College’s Women in Motion Summit on November 9th. The event will bring together women working in film and media, and is free and open to the public. Learn more here.

The New Haven International Film Festival runs November 12–14. The event is sponsored by the Connecticut Film Festival in downtown New Haven. For information about the schedule, festival passes, and workshops, check out the festival website.

The Brattleboro Film Festival runs through November 8th in Vermont. Films screen at the Latchis Theatre in Brattleboro, Vermont. For a list of films and special events, check out brattleborofilmfestival.org.

Harvard Book Store hosts events with Ethan Hawke and Jesse Eisenberg this month. Both actors have written for stage and screen, and have new books out this fall. Hawke will speak on November 12th, Eisenberg on November 19th. For tickets and more information, click here. The feature film Spotlight, partially filmed in Massachusetts, opens this month. Based on the Boston Globe’s investigation of the Catholic Church abuse scandal, the film is directed by Tom McCarthy and stars Michael Keaton, Mark Ruffalo, and Rachel McAdams. Check out the film’s website here.

Ben Affleck has begun shooting his upcoming film Live By Night in Massachusetts this month. The movie is based on the novel by Dennis Lehane. Read more from Boston.com.

The film Purge 3 wrapped in early November in Rhode Island.

Get started early on your LEF New England Moving Image grants. The deadline for Production and Post-Production Letters of Inquiry is January 29, 2016. Learn more here.