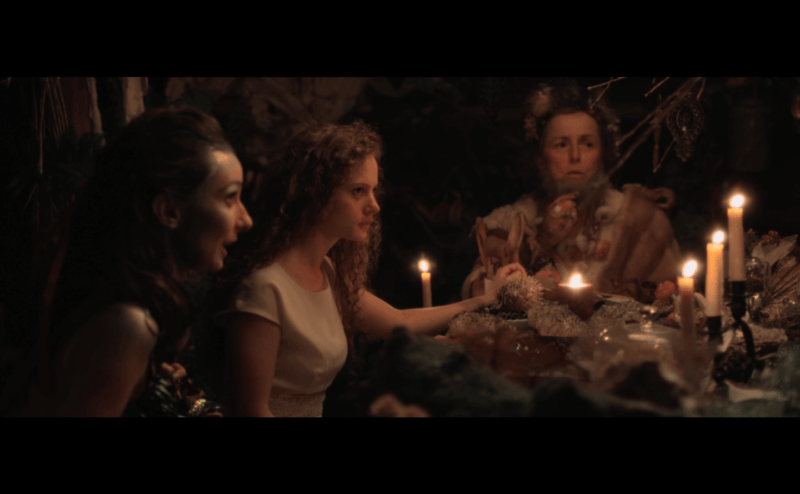 The Fairies’ Child, directed by Victoria Vaughn will screen at the Vermont International Film Festival, as part of their Vermont Filmmaker Showcase.

Check out the launch of the 2015 Online New England Film Festival, special events and discounts for the local film community at ITVFest this month, and other buzz, happenings and opportunities. To submit news, email news@newenglandfilm.com.

Massachusetts’s Lynn Auditorium presents a 30th anniversary screening of The Breakfast Club with guest Molly Ringwald on October 17th. A discussion and Q&A with Ringwald will follow the screening of the John Hughes classic. For tickets and more information, visit the Lynn Auditorium.

The Coolidge Corner Theatre hosts a day of Halloween events on October 31st. At 10:30 am, children and adults are invited to dress up in costumes for a screening of Wallace & Gromit: The Curse of the Were-Rabbit. At midnight, it’s the 15th annual Halloween Horror Marathon, which includes a double feature of Halloween II and Trick ’R Treat. Learn more at the Coolidge website.

The Arlington International Film Festival runs October 15–22 in Massachusetts. Learn more about the festival and films at aiffest.org.

Check out the Audience and Jury Award winners for the 2015 Online New England Film Festival here. All films are available for viewing online at NewEnglandFilm.com through October 15th.

The recent Primetime Emmy Awards included several wins for the miniseries Olive Kitteridge, filmed in New England, and Rhode Island native Viola Davis, who won Outstanding Lead Actress in a Drama Series for How to Get Away with Murder. Read the full list of winners here.

Flickers is proud to announce that the Rhode Island International Film Festival is now officially recognized by British Academy of Film and Television Arts (BAFTA) as a qualifying film festival for the British Short Film Category. Ranked as one of the top 10 Festivals in the United States, RIIFF is a qualifying festival for both the Short Narrative and Documentary Short Film Academy Awards through its affiliation with the Academy of Motion Picture Arts & Sciences and now the British Academy of Film and Television Arts (BAFTA). There are only 6 film festivals worldwide that share this distinction and RIIFF is the only festival in New England. The Festival takes place every August. For more information, visit the Flickers website.