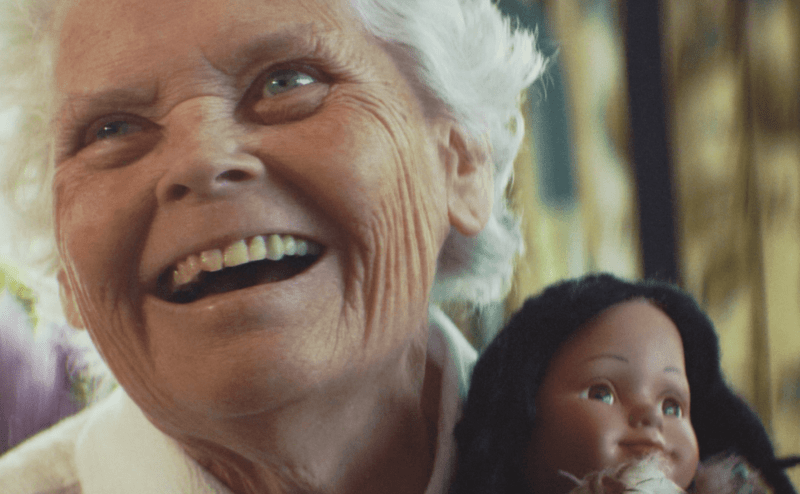 A still from Anna.

Eric Latek’s film began with the noble and ambitious goal of ‘capturing the soul’ of his godmother Anna after she was diagnosed with Alzheimer’s disease. Ultimately, what Latek accomplishes is so much more.

Eric Latek’s film began with the noble and ambitious goal of ‘capturing the soul’ of his godmother Anna after she was diagnosed with Alzheimer’s disease. Ultimately, what Latek accomplishes is so much more. In this moving short documentary, we not only gain access to Anna’s life and dreams, but we recognize the fragility and beauty of life in a larger way.

Eric Latek: I’ve wanted to be a filmmaker since I was a child. I started in Make-up VFX classes when I was 10, and thought I would go into the world of artists like Tom Savini. However, I decided to go to Emerson College for acting and moved into the technical realm of pure film: 8mm, 16mm 35mm.

However, when I graduated, and really had a solid foundation of film production and editing, the digital revolution exploded, and I had to literally re-educate myself in the world of production and post-production.

Latek: Anna, who was my late Godmother, was an amazing woman, who had an amazing life and amazing story. However, she was suffering from a crippling disease. I felt I needed to capture what was left of her soul.

NEF: What has your most memorable experience been with an audience?

Latek: As far as my most memorable experience of the film, as well as my life, would be the first and last time Anna viewed the film. You can learn more at https://instagram.com/p/2zQcr8irtg/?taken-by=ericlatek

NEF: What are you working on now?

Latek: Besides the world of commercial filmmaking, I have been working on a film for 13 years called “TIGER”. So, always working on that. A few years to go on that film. I am finishing a short film that I wrote and directed entitled “Branch”, in pre-production for two short films (writer/director) that will be shot in the fall, and two feature narratives (writer/director) to be shot in 2016.

Latek: Simply, make the films that speak to you.

Leave your ego at the door. Always be humble. Make your film!