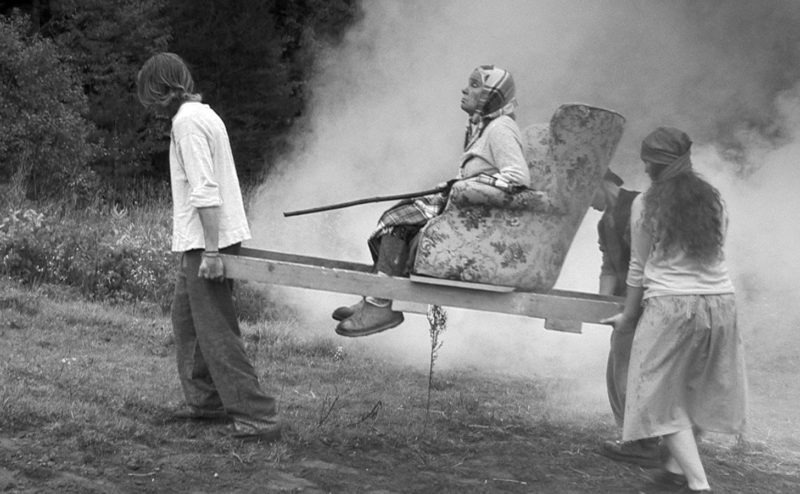 An interview with Whittaker Ingbretson, director of Journey to An American Cinema, featured in the 2015 Online New England Film Festival.

Here’s the first of our lightening interviews with the filmmakers behind this year’s 2015 Online New England Film Festival films. Here, filmmaker Whittaker Ingbretson talks about the making of Journey to the American Cinema.

Most 48 Hour Film Project films are, well, a bit embarrassing. It’s no easy feat, as it turns out, to write, shoot and edit a short film in a mere 48 hours.

But with every rule comes the exception, and Whittaker Ingbretson’s Journey to the American Cinema, shot in Vermont and New Hampshire, is just that. From watching it, you might think it’s a serious Eastern European film from another century – although the dark humor in it clearly enables it to poke through into the new millennium.

The film, about a poor family who must struggle through the gloomy, impoverished, sometimes surreal eastern European countryside to bring Grandma to the American Cinema, garnered numerous awards at the 48 Hour Film Project, and has continued to win awards on the open fest circuit. Now, you can watch Journey to the American Cinema online as part of the 2015 Online New England Film Festival.

Here, NewEnglandFilm.com talks with director Ingbretson as part of our lightening interview series with the festival filmmakers.

Whittaker Ingbretson: I think that I must have first become drawn to filmmaking after I began editing film. I found that I wanted to have more creative control over the work I was doing, and the only way to have that was to actually create the content myself.

Ingbretson: Journey to the American Cinema  was created in its original form for a 48 hour film competition. We came up with the story during that 48 hour period. Inspiration for the content and tone of the film was inspired by early Russian and Eastern European films.

NEF: Where has the film been shown ?

Ingbretson: The original (48 hour) version of this film was screened at the Bradford 48 Hour Film Slam in Bradford, Vermont. It won Best Picture, Best Actor, Best Director, Best Editing, and Audience Choice. After a little more time spent in the editing room cleaning up the final product, Journey to the American Cinema was screened at the Somewhat North of Boston film festival in Concord, New Hampshire, where it won Best Short Comedy (under 20 minutes)

NEF: How did you find your cast and crew for this film?

Ingbretson: This film was originally a 48 hour film entry. Our team, Now Shooting, made up most of the cast and crew. Additional cast members were family and friends of the Now Shooting team.

NEF: What are you working on now?

Ingbretson: I just finished working as DP on Zephyr. Other projects are in the works.

Ingbretson: In regards to almost anything related to film: If you feel like you don’t know how to do something, do it anyway! The worst that will happen is that you will learn from your failure. Which, I suppose, doesn’t make it a failure, it just makes free film school.

Journey to the American Cinema can be watched online as part of the 2015 Online New England Film Festival.