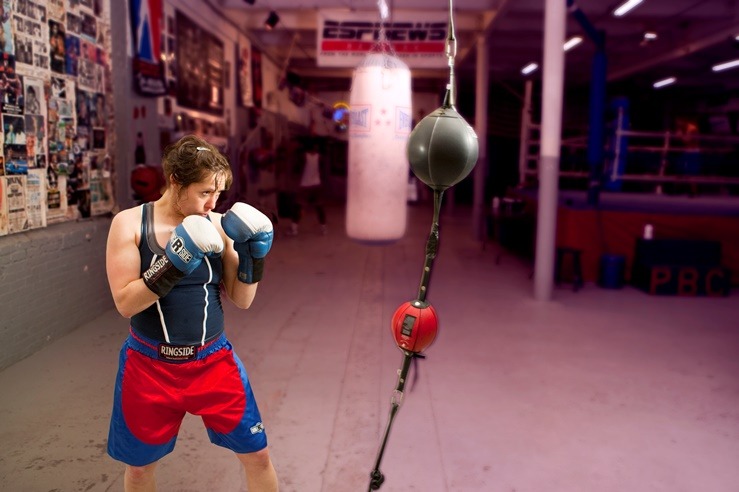 It’s no wonder that filmmaker Sharyn Paul Brusie found her story of “meaning and grit” with her documentary subject Liz Leddy. Liz’s story is an inspirational tale about her transition from a 13-year-old homeless girl to an exceptional female boxer.

Now, you can watch Liz online as part of the 2015 Online New England Film Festival. It will also be showcased on the ‘big screen’ at ITVFest as part of the festival’s Screening and Awards event on September 26.

It’s no wonder that filmmaker Sharyn Paul Brusie found her story of “meaning and grit” with her documentary subject Liz Leddy. Homeless at 13, Liz lived a tragic life of despair and violence as she struggled to survive. Living in abandoned buildings on the waterfront of Portland, Maine, she battled alcoholism, an eating disorder, being raped, beaten, and a dark world of chaos.

But unbelievably, Liz found her purpose when she turned her fight to the boxing ring. Filmed over four years, the film follows Liz as she reclaims her life and prepares to compete in the 2012 Olympics, when for the first time in history, women have the opportunity to compete in the Olympic sport of boxing.

As a work-in-progress, Liz screened at the Camden International Film Festival and more recently, and since then Liz  has been receiving accolades at festivals across the country — nominated for Best Documentary at the Female Eye Film Festival in Toronto, and 2nd Place Audience Award and Honorable Mention for Best Short Documentary by Jury at the Woods Hole Film Festival.

Now, you can watch Liz online as part of the 2015 Online New England Film Festival. It will also be showcased on the ‘big screen’ at ITVFest as part of the festival’s Screening and Awards event on September 26. Here, NewEnglandFilm.com talks with filmmaker Sharyn Paul Brusie about her inspiration as a filmmaker, what she’s working on next, and her advice for up-and-coming filmmakers. 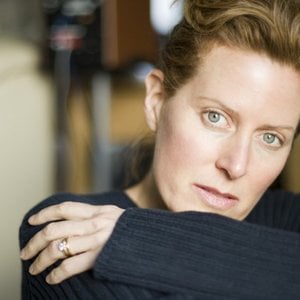 Sharyn Paul Brusie: I knew as a young girl that film would somehow be a part of my life. I just felt it. I loved to express myself, put on skits, be playful, tell stories through my drawings and art.

Eventually, I did some modeling, acting and was in several television commercials. I reached a point where I wanted to create my programming and my own films that had significance. I job shadowed at the Maine Public Broadcasting Network. They then gave me a television segment to produce and many more opportunities to produce at MPBN came from that experience. Around that same time, I took an impactful two week filmmaker workshop at The Maine Media Workshops that gave me the set of tools I needed to move my “new” business, Wonder Dog Films, forward.

Brusie: I was looking to find a story that had meaning and grit. Once my husband, who’s a photographer, came home to tell me about this remarkable woman’s journey, I was ready to begin the process. I was genuinely moved and knew that many people could find healing through watching Liz’s story unfold.

NEF: What has your experience been like showing the film?

Brusie: Speaking with fellow filmmakers from all over the world and answering people’s questions from the audience is a privilege. You learn and expand your vision. You realize just how much people are touched and affected by what you have to ‘say’ in your story and ‘how’ you are telling your story. I’ve shed a few joyful tears from what folks have shared about my films.It’s powerful to receive feedback that ignites more energy and more passion for your work.

NEF: What film(s) are you working on now?

Brusie: My mom passed away last year and I began painting again. As in film, life has its twists and turns and I am working on a script for a narrative film about the passing of a man and how his wife deals with those changes. She is left with his music and her need to love herself first so that she can “live” again. I have also been working on another narrative script that is a dark comedy.

Brusie: Find what means something to you and tell a story that hits a nerve deep inside you. Find your “right match.” It takes real passion, time and perseverance to complete what you set out to do in making your film. Be brave and go all the way. Have some structure and be open to all the magic that arises, the surprises and twists and turns. Be aware of all the nuances, the intriguing relationships that surface and the direction the film needs to go in order to be what’s best for the film. Use dynamite music – incorporate what fits. Step away long enough to know if you’ve got a solid story that is compelling and worth telling.

I believe being authentic and sharing that with the world in creative ways is a gift unlike any other. It makes filmmaking a blast and allows for people to wake up a bit and take a look at themselves. I love the thrill and healing that film can bring. It’s a mighty medium. Go be inspired and bring inspiration.

Watch Liz online as part of the 2015 Online New England Film Festival. It will also be showcased on the ‘big screen’ at ITVFest as part of the festival’s Screening and Awards event on September 26.