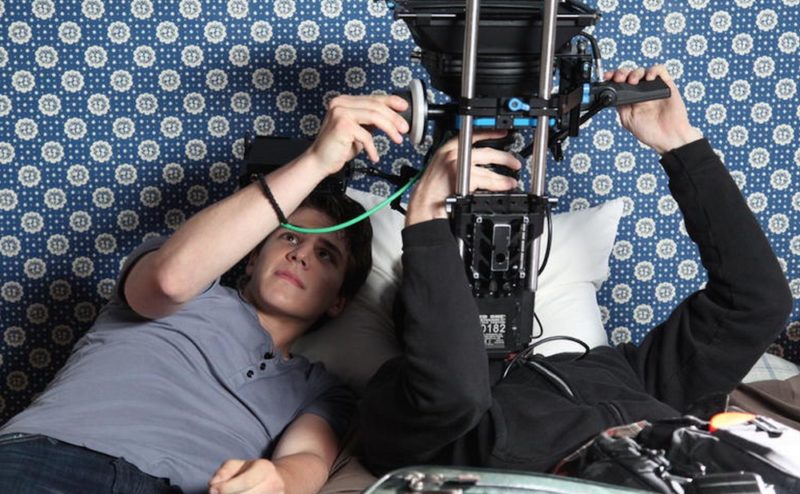 On the set of Fair Haven, with Jason Beasley as Director of Photography.

Director of Photography Jason Beasely and filmmakers Laura Colella, Jeffrey Blake Palmer, and Diane Hendrix describe what led them to their cameras of choice.

Panasonic, RED, Canon? What makes a filmmaker choose their camera? Here’s four local filmmakers talking about what led them to their camera of choice, along with camera selection advice for up-and-coming filmmakers.

The filmmaker’s camera is their most important tool. No matter what other gadgets they use, the camera is of highest importance as the “eye” of their arsenal. In order to have a fruitful relationship with their camera, they must be both comfortable and proficient with it.

I asked a few accomplished filmmakers about what cameras they started with, their ideal cameras, and any advice they might have for beginner filmmakers. 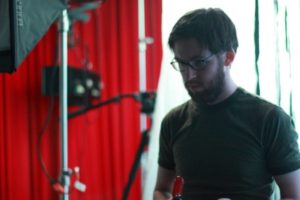 Jason started filming with the Arri SR3s, the Arri BL4 and the Panasonic HVX. Although he frequently shoots with the Canon 5D Mk 2, his ideal cameras are either Arri or Red cameras.

“I find Arri cameras to be more intuitive, so I’d go with them if I had my choice. But honestly, I’m shooting more independent projects, so budgets are a thing I have to work within. Given a good lens and good lighting, you can make good images with so many cameras these days,” he says.

He also lists Black Magic cameras as good, cheaper options with a small enough size to get interesting angles as well as the ability to put the camera in awkward spots.

Jason’s advice for up-and-coming filmmakers: “I’d say shoot with what you have. There’s some movie out there now that was shot on iPhones retrofitted with PL mounts. That sounds silly to me, but they made it and got it distributed. Get a 5D or something cheap and shoot. Get hired on other movies not as a director or DP, but as an AC or in the grip or electric departments or PA or intern or whatever you can. Film school will get you a basis, but you’ll learn more in one day in the trenches of a real set than in a classroom.”

For more info: Jason is the Director of Photography for Fair Haven, directed by Kerstin Karlhuber. See www.fairhavenfilm.com. 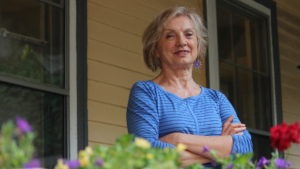 Diane, who started out as a still photographer, began shooting video with the Panasonic DVX100. Although she has used different cameras, she currently loves the HD version of what she’s accustomed to: The Panasonic AG-AC130A.

Although this camera is bigger than she would like, the picture and familiar controls are comforting, since she shoots on the fly.

“I had scoured the internet and local vendors for reviews, tests and recommendations, and this Pana AC130A made sense to me, given my comfort with familiar controls and juggling many roles in Africa — as shooter, producer, sound tech,” she explained.

Diane briefly used a Sony HVR-A1U DVcam in Africa, before realizing that besides its small size, she “disliked everything about it, from touch screen adjustments to dreadful body design, and it doesn’t sit easily on a table.”

Diane has definitely found her workhorse in The PanaAC130A, and there she stays, until a smaller version comes along.

Diane’s advice for up-and-coming filmmakers: “Scour the internet for advice from camera people, research NoFilmSchool.com and talk to experts at Talamas and Rule. Rent a camera to try the best you settle on. Be thorough, thoughtful and get the best advice and the best gear you can afford.”

On sound she says, “ My story advisor insisted I buy a Sennheiser radio lavalier, since I’d recorded inferior sound with a Sony lav on a previous shooting trip. Sennheisers cost $700, but since sound is more important than picture in a personal, emotional or dramatic situation, I went for it. I’ve been thrilled with the difference in quality. Sound carries feeling and memory. You can often revisit a location or scene for better cover shots for visuals, but the emotional power of rich, natural field sound, engaging interaction between characters (real or imagined) and surprising events in the field cannot be replaced. I don’t subscribe to the primacy of the visual, actually.” 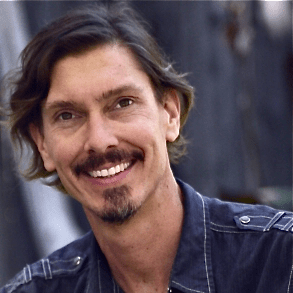 Jeffrey started out with whatever was available at the time. In this case, an old video 8 camera, in which he doesn’t remember the exact brand. Jeffrey says, “I can’t recall the brand… Canon? RCA? But it had extremely limited manual controls and functions; the on-camera microphone was always being compromised by wind noise or low vocal levels and the color saturation had that telltale 80s blotchy video look, which to be fair, does have a certain aesthetic, although it isn’t something that has a place in today’s High Def world.”

A film he shot using this camera, entitled Frank The Barber can be seen on this website FlickerPictures.com. Around 1999, Jeffrey started using the Sony TRV-900, which marked his entry into the world of digital filmmaking.

Since then, he still uses whatever he can gets his hands on, but currently uses a Panasonic GH2 kit with a few prime lenses. Since this camera can shoot 1080p at 24fps (a low-budget standard), Jeffrey plans to use the GH2 until he comes across a project with a bigger budget.

A short film he shot with the GH2, entitled A Dawning Darkness can be seen at www.vimeo.com/63150825. But, as everything is all about 4K video these days, ideally he would love to shoot on an Arri, Red or Black Magic camera, very much like Jason Beasely.

Jeffrey’s advice for up-and-coming filmmakers: “Use your iPhone or your Android, borrow your uncle’s old XL2, or use your friend’s DSLR. Heck, nowadays your friend might even own a RED. Don’t let the technology craze or obsession with the latest-greatest gear get in the way of making something. New cameras are surprisingly affordable and used cameras on Craigslist or eBay can be found for super cheap. And you can always rent a camera, too. No need spending a ton of money on new gear if you’re not sure what type you want. Try a few to see what you like and what fits your style. In my opinion, what’s most important is the story you’re telling and how you’re telling it, not the type of camera used. If you don’t fancy yourself a camera geek or just aren’t interested in framing shots or lighting, reach out to your circle of friends and find someone who is. Just be prepared to edit your own film. No one wants to do that for you.”

For more info: Find out more about Jeff at his website FlickerPictures.com and follow him on Twitter @JBPixel. You can see his latest work The Witch Awakens at www.vimeo.com/132286653. 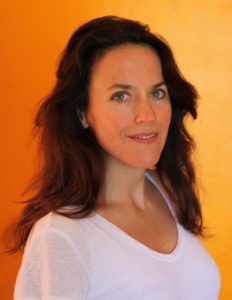 Laura shot her first two features in film, with a DP, first in 16mm then 35mm. For her last feature Breakfast With Curtis, she shot herself with a Canon 5D Mark II.

In her words, “The 5D was the first camera that got me excited about shooting digitally. I felt some warmth in its images, and still love using it. It reminded me of a Bolex, which is the camera I started out with. Even though I know there are more practical digital cameras, there’s value in how well I’ve gotten to know the 5D, and how comfortably it has become an extension of my arm and eye. Awkward as it may seem, I like handholding it, even when shooting documentary footage in low light, and having to constantly adjust focus. I like interacting with the camera, which is part of the filming experience that becomes part of the image. At its best, it feels natural and integrated, without drawing attention to technical facets or my operating.”

She has also shot behind-the-scenes material for the film Inherent Vice directed by Paul Thomas Anderson, using both her 5D, and a Canon Super 8 camera. Yes, a Super 8! Laura loves the way the image looks as well as the looks she gets while filming with this classic. She says that film will be a big draw for her, and for her next film she’d be “leaning towards a mix of 16MM and Super 8.”

Laura’s advice for up-and-coming filmmakers: “In terms of advice to aspiring filmmakers, I always encourage my students to try to become well versed in all aspects of filmmaking. It gives you DIY options, and is a great help when working with a crew.”