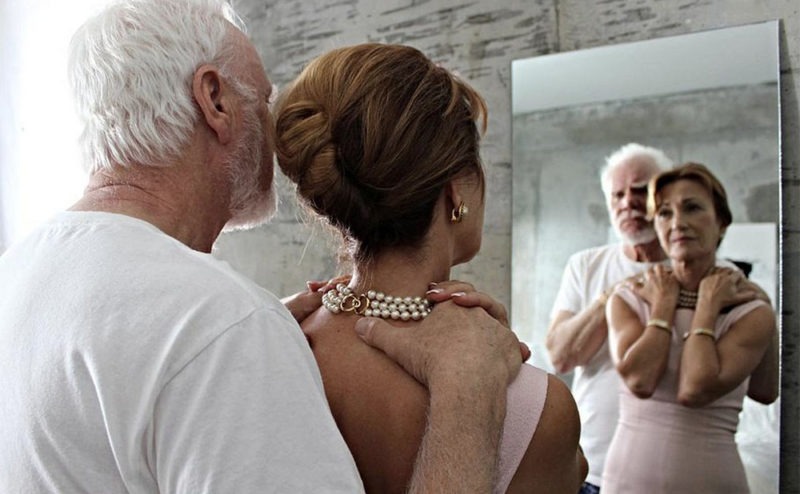 The Passion and Persistence of Giovanis

After talking to award-winning filmmaker Evangelos Giovanis, whose film Bereave screens at Woods Hole Film Festival this month, about everything from waiting tables to European film festivals, it is clear that the Giovanis brothers are a genuine and hardworking team with a vision.

Bereave, directed by the team of Evangelos Giovanis and his brother George Giovanis, will screen at Woods Hole Film Festival on July 31, 2015, as one of their featured selections. The film showcases an all-star cast including Malcolm McDowell, Jane Seymour and Keith Carradine. Telling the story of Garvey, a beloved husband who lives with a painful secret, this heartfelt story touches audience members of all ages.

I had the opportunity to speak with award-winning filmmaker Evangelos Giovanis about the film, and after talking to him about everything from waiting tables to European film festivals, it is clear that the Giovanis brothers are a genuine and hardworking team with a vision.

Caitlin Arcand: How did you and your brother get started in the film industry?

Evangelos Giovanis: Graduating from the University of Rhode Island with a degree in English and no film school accepting us for graduate studies, my brother George and I decided to pick up a camera and learn on the job. We weren’t going to be doctors or lawyers, so we felt we didn’t need a degree to make great films – just practice and a love for filmmaking.

We self-financed most of our films, opening restaurants, working long, extensive hours and investing our life savings into our films. That was our formula, hoping eventually our work would be recognized and it would become easier. Our only rule was to try and make each film better than the last one. It was also a lifestyle choice that doesn’t promise a lot of security and often, if you risk it all like that, it leads to some very interesting scenarios along the way! The stories I could tell you. We’ve been producing films for 13 years now.

CA: What was your inspiration for the movie?

Giovanis: Bereave was inspired by so many things in life. I lost my grandmother in 2004. It was a very difficult thing for all of our family. Shortly after, several of my father’s friends started passing away, so we were talking a lot about that at the time and my thoughts were influenced.

I decided I wanted to tell a great story about an elderly couple where a man struggles to reveal to his family that he is dying. I remember one time my father said to me “How many summers do we have left?” meaning how many summers were left to be alive, and that really hit me. I had never heard a question like that before.

I also think it is very important to emphasize the gift of life. Being born is like a lottery ticket, it’s a gift, and no one really realizes that. I thought it would be interesting to tell a story from the perspective of a dying man.

CA: What was the process for producing this film?

Giovanis: Well, this film took eight years to make. Most of that time was spent trying to get the funds to make it. We knew it would require a lot more money than we had. So we tried to find investors. We came close three times with several producers, but somehow the film would always fall apart as is the nature of this business. Filmmaking is a marathon, you have to have a strong stomach and be able to endure in this industry. It’s a tough game if you don’t have many connections.

In 2012, the script was passed on to Malcolm McDowell who fell in love with it. Even though the film fell apart just as he was coming aboard, Malcolm stayed attached. We felt we could find the money with him as our lead. We tried for two years. After exhausting all the options available to us, we turned to crowdfunding as a last resort. We managed to raise over $103,000 on Kickstarter with Malcolm getting involved with the perks!

As the campaign was winding down, Malcolm gave the script to Jane Seymour. She loved it and signed on as well. Not only were we in the fortunate position of having cast our leads, but Jane also invested in the film, along with her ex-husband James Keach. Jane also gave the script to the great Keith Carradine, and he read it and loved it. We found some additional funds, dumped all our life savings into it as well… and we made it.

Giovanis: We shot in 18 days. It’s difficult to shoot a feature in that amount of time, especially two weeks right after New Years. But we had a great cast, with some extremely talented actors as our supporting; Mike Starr, Mike Doyle, Vinessa Shaw, Ethan Embry, Rachel Eggleston, Kyle Heffner, Christine Kelly and others. We also had an extremely dedicated crew.

We were very fortunate to have a cast who didn’t do the film for money, but for their love for the movie and the story. On a set that had no dressing rooms or luxurious amenities, everyone really played their part. There was a lot of love on set.

CA: What do you think has made you guys so successful in the film industry?

Giovanis: There’s definitely an advantage to “wearing all the hats.” My brother and I worked in restaurants for most of our lives – we would work 14-15 hour shifts. This definitely built our work ethic and I think it gave us more of a “go get ‘em” attitude. We always had to work for our money. With all the jobs we worked, we gained knowledge along the way, which we can now apply to our filmmaking.

CA: How have audiences been responding to the film so far?

Giovanis: We are having a great response from the public so far! We have been to 16 festivals, with one in Australia and one in Europe, and the crowds have been loving it. The film has picked up 12 awards along the way.

People really respect our film and feel a wide range of emotions from it. Anyone who can have a serious appreciation for film would love this movie. We’ve had the biggest response from the baby boomers, people have been coming up to us and thanking us for making a film like this and telling this story. Eight years of hard work is well worth watching an audience appreciate the film. Critics can say what they want, but hearing what the audience has to say, and talking to them is very rewarding. I’d like to thank everyone who has supported our film and has come to see it.

We are now in talks with a distributor and hope to bring our film to the world.

Check out Bereave at the Woods Hole Film Festival on July 31st. For more information, visit www.woodsholefilmfestival.org or see the website for the film at www.bereavethemovie.com.