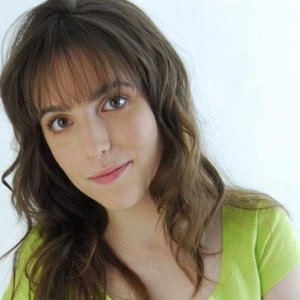 Rebecca Maddalo’s Kickstarter for her most recent project, Burning, hit its goal in order to complete production in April.

“I hadn’t realized how much work [crowdfunding] would be,” Maddalo explains during our conversation. “If I were to do it again, I would do things differently. I’d plan better.” But Maddalo is a skilled filmmaker, able to share her concepts, actions and dedication to her audience–it’s these factors that made her crowdfunding pursuit a success. 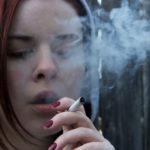 The short film, Burning, follows Meredith in the present and through flashbacks around the broken relationship she is trying to understand. Written and directed by Maddalo, this piece explores the idea that everyone has a breaking point. Maddalo has gathered a small crew to work with her on this production, including Director of Photography Amanda McGrady, a 2010 Emerson graduate.

Crowdfunding is changing the landscape, particularly for short films but many filmmakers are still falling foul to the system with only a 39 percent success rate on sites like Kickstarter.

“It’s hard,” says Maddalo. “You have to understand the process and the system, not just the project you want to make.”

More, now than ever, filmmakers and independent makers are having to wear many hats during the creative process. Is that really sustainable? When you are skilled in some areas, writing or directing say, is it also feasible that you are a great producer, or marketer?

Maddalo graduated from Harvard University in 2013 with a Bachelor of Arts in Visual and Environmental Studies; her focus was in Filmmaking. She also completed a minor in Music. Pursuing her career in the region, she began by working mainly in documentary, but has made the move to fictional work.

“I’m pursuing my dream of writing and directing feature films,” continues Maddalo. “I realized that my scripts, the fictional work, reflected a documentary style. I like removing the author, I don’t like my presence in the work.”

Working freelance in the Boston area as a writer, cinematographer, editor, and photographer, Maddalo has also been associate producing a local documentary. Maddalo seems to have the multi-role aspect of modern indie filmmaker under control, but that appears to be out of necessity more than desire.

We both agree, as we wrap up our conversation, it’s all about moving forward. One project, after the other – keep building. That improves your skills, refines your style and the big dreams, of features or commercial success–hopefully, they will edge ever closer.