Behind Comedy Central’s Another Period

An interview with director Jeremy Konner about the new Comedy Central sitcom with connections to Newport, Rhode Island

Curious about the Rhode Island connection to Comedy Central’s latest sitcom Another Period?  Devin Karambelas of the Rhode Island International Film Festival caught up with its director Jeremy Konner about the show’s Newport obsession.

Another version of this interview was initially posted on the Rhode Island International Film Festival blog.

Before Calabasas, there was Newport. 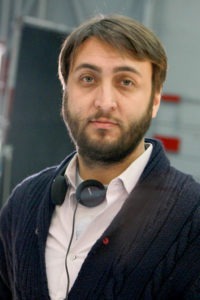 Jeremy Konner, director and executive producer of Another Period.

That the Breakers, a 70-room Italian Renaissance-style palazzo on Newport’s coastline, was at one point considered a summer “cottage” for the Vanderbilt family, is just one example of the kind of wealth that defined the seaside city’s Gilded Age. For director Jeremy Konner, one-half of the duo behind Comedy Central’s Drunk History, it’s a moment in history that had no shortage of rich people behaving badly—in other words, perfect comedic material.

Behold Another Period, Comedy Central’s newest series starring (and co-written by) the consistently hilarious Riki Lindhome and Natasha Leggero as Lillian and Beatrice Bellacourt, turn-of-the-century socialites with little talent besides the will to try almost anything to be famous. It’s a theme that sounds familiar in 2015, but Konner says the real-life antics of Newport’s rich and famous were the inspiration.

“The concept of the show came from Natasha [one of the lead actors] going on the house tours [of Newport’s mansions],” he said in a recent phone interview with RIIFF. “She was there and couldn’t stop thinking how hilarious and insane all of these people were, how decadent it all was. She thought this was a hilarious setting for a television show, and that someone had to make a show set in the Gilded Age.”

Konner recounted a few real-life anecdotes from Newport’s history that the show drew inspiration from: the dinner party that Mrs. Stuyvesant Fish threw for her dogs when America was in the midst of a deep recession; a soirée attended by Newport’s elite in which the guest of honor turned out to be a monkey. With events so outlandish, a writer wouldn’t even need to embellish. But Another Period resolves to take the extreme to the extreme, adding in its own irreverent twists—such as when Helen Keller and Annie Sullivan get drunk on cocaine wine in the pilot episode, for instance.

Fans of Drunk History will know that episodes are well researched even at their most absurd. With help from a team of writers that includes Leggero and Lindhome along with Laura Krafft (“the woman who created Stephen Colbert”), and Caroline Goddard (Arrested Development, Modern Family), that same attention to detail has carried over to Another Period, according to Konner. “None of us are actual historians, but everybody had a sort of love for Newport and we all started reading every book we could find about it, and basically just grew obsessed,” he said.

Save for gossip about the Newport 400, a kind of country club for Newport’s wealthiest society members, the absence of Internet or reality television hampers the Bellacourt sister’s attempts at mass recognition. “Getting famous was hard at the time,” Konner said. “Oscar Wilde would walk around in women’s clothing hoping to be sketched so that he could get his face in the newspaper, which was difficult. We like to say that Riki and Natasha are playing the first people who want to be famous,” Konner said.

Though Konner has worked most recently in television, the Los Angeles-born director’s past work includes film and music video projects, and his parents were screenwriters. His father Lawrence Konner’s writing credits include Planet of the Apes (2001), Superman IV: Quest For Peace, and episodes of The Sopranos and Boardwalk Empire, to name a few.

When asked if he could have predicted that he would one day direct film and TV for a living, Konner didn’t skip a beat. “I definitely thought I would be a director and producer,” he said. “I went to Sarah Lawrence College and I was always making films. Directing, acting, and producing shorts. We were constantly turning the whole school into a film set. It was the thing I did for pleasure.”

In an industry where good ideas are a dime a dozen, seeing a project make it through to completion is rare. Konner said making film and TV for fun above all has served him well, so far.

“Both Drunk History and Another Period started as very small projects that I did for no money, and yet I’ve written a lot of scripts and pitched things that 99 percent of the time did not happen. It’s the things I did for fun with friends that ended up being the things that made it,” he added. “I think I’d be a lot more miserable if I had done it any other way.”

For more information about Another Period, see http://www.cc.com/shows/another-period or watch the pilot episode online.