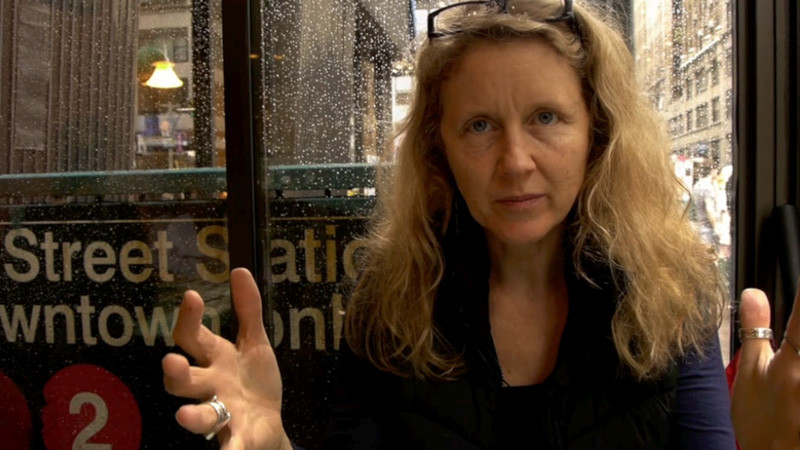 Share
Film festivals, screenings, and other happenings, in addition to industry buzz and opportunities for filmmakers in this month's industry news. Send news to news@newenglandfilm.com.

One Cut, One Life (pictured), a documentary collaboration between filmmakers Lucia Small and Ed Pincus after he was diagnosed with a terminal illness, opens its theatrical run in New York City on May 13-19, in Boston for May 15-21 and Los Angeles on June 12-18. For more information, visit http://onecutonelife.com/.

The Berkshire International Film Festival runs May 28–31. Screenings include Meru and The End of the Tour. For tickets and more information, visit biffma.org.

Camden International Film Festival and Camden Opera House present a screening of the family documentary I Am Big Bird on Wednesday, May 20th at 7:00 pm. The event is part of the CIFF Selects series. For more information, click here.

Check out the Do It Your Damn Self!! National Youth Film Festival March 18–21 in Cambridge, Massachusetts. The festival celebrates films by young people. Films screen at a few venues in the Boston area. Learn more at diyds.org.

Concord’s Red River Theatres host the New Hampshire High School Short Film Festival on May 23rd at 12:00 pm. Tickets are $7. For more details and to purchase tickets, go to nhstudentfilm.com.

The Harvard Film Archive hosts a free screening of Breaking Away on May 17th at 5:00 pm. The event is part of Bay State Bike Week. To read more about the film and screening, click here.

Sacha Gervasi‘s feature The November Criminals has been filming in Rhode Island over the past few weeks. The thriller stars Ansel Elgort, Chloe Grace Moretz, Catherine Keener, and David Strathairn. Read more from the Providence Journal.

Four films from the Maine Masters Project will air on the Maine Public Broadcasting Network this spring. The series celebrates visual artists in Maine. The films David Driskell: In Search of the Creative Truth, Joseph Fiore: The Nature of the Artist, Cabot Lyford: Portrait of a Man as Artist, and Lois Dodd: Maine Master will all air this month. Go to MPBN for broadcast dates and visit mainemasters.com to learn more.

Alice Bouvrie‘s documentary A Chance to Dress recently held its world premiere at the Museum of Fine Arts in Boston. The film centers around celebrated MIT professor and open cross-dresser Dr. John Southard. Learn more at the film’s Facebook page.

Feature film The Sea of Trees will compete at the Cannes International Film Festival this month. Directed by Gus Van Sant and starring Matthew McConnaughey, Ken Watanabe, and Naomi Watts, the film was partially shot in Massachusetts last year.

Filmmakers Alfred Thomas Catalfo (of New Hampshire) and Morgan Dudley were the winners for best drama at the 2015 Nashville Film Festival Screenwriting Competition in April. They were awarded for their feature screenplay Oil and Water. Read more about the competition here.

Cape Ann Cinema & Stage owner Robert Newton will hold an essay contest to pick a winner and next owner of the theater. Movie fans are encouraged to submit 250 words on 250-word “Why I Want To Own And Operate A Small Seaside Cinema.’ For more details, visit the Cape Ann Cinema website.

Filmmakers are encouraged to submit entries for this summer’s Bluestocking Film Series in Maine. Films must pass the Bechdel Test and have a female protagonist. Late deadline May 1st, WAB extended May 22nd. Learn more here.

The Arlington International Film Festival is open for submissions for this fall’s festival. Late deadline is May 30th. Learn more at aiffest.org.