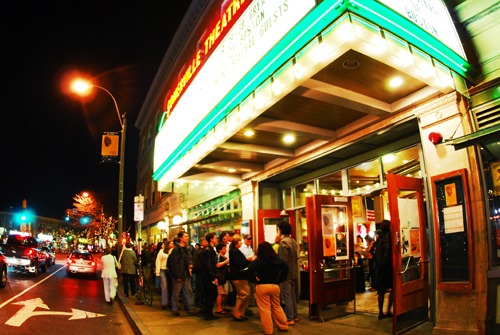 A Recap of the 2015 Independent Film Festival of Boston

Michael Nowak reports on some highlights from the 2015 Independent Film Festival Boston (IFFBoston).

Although the Independent Film Festival Boston (IFFBoston) launched in 2003, this year was my first. What a surprise and pleasure it was to watch a handful of the 127 films of the 2015 Independent Film Festival Boston. Realizing that my review does no justice to the many incredible films that I undoubtedly missed, nevertheless, here’s a report on the highlights from what I was able to see.

Film Description: Based on an oral history from the W.P.A. Writers, Tobacco Burn is set thirty-five years before the Civil War at the height of American slavery. When two of the enslaved weigh the complexities of killing their overseer, each develop a different understanding towards violence, acting on which could cost all of them their lives.

Director Justin Liberman suspends the audience’s disbelief back to the 1830s at the height of American slavery. Transforming his hometown of South Windsor, CT into a tobacco farm is visually stunning and impressively accurate. Justin’s study on man’s relationship with violence would not have been accomplished without actors Stephen Tyrone Williams and Daralyn Jay. At the end of a work day Marcus, played by Williams, sits awake in the cabin as the other enslaved sleep. Flooded with helplessness, Marcus covers his mouth and gasps for air trying to not wake the others. Each gasp stings knowing that his sister is being raped by one of their overseers. An amazing performance left my lungs empty and heart hurting.

Film Description: Commanding the world’s most ambitious space launch to date, Aiden Collins has eight-and-a- half minutes to successfully maneuver the shuttle Artemis into orbit on man’s first ever solo mission to the moon.

Loosely based off of ‘the future,’ Delta Narrative shorts force the audience to question: ‘what will the future look like,’ ‘what will humans become,’ and ‘what kind of life exists in the absence of mankind?’ The film that caught my eye lasted for eight and half minutes, the exact amount of time it takes for a modern spaceship to reach earth’s orbit from the surface. Starring Adepero Oduye, this one-shot film directed by Eliza McNitt, began with the audience’s feet grounded to the floor and ended with their bodies in the vastness of space, light as a feather.

Film Description: In-Waiting is a tragic, comedic documentary that explores the story of a Taiwanese mother and daughter whose dynamic resemble comedic duos such as Laurel and Hardy. The impending plans for the future of this pair are haunted by the youngest member’s foreshadowing gaze behind the camera.

It’s hard to express my love for this film. It is real. Not a single action or emotion is faked for the camera, as director Atsuko Okatsuka let’s us in on a slice of her life through her mother and grandmother. The audience watches as day to day recursions capture care and dependency between these two loving characters. These women’s personalities are addicting, their dynamic comical which left me wanting more minute by minute. Atsuko’s family is full of humor, conflict and unconditional love.

Film Description: The Hermit exposes in a humorous way how a man who tried in the most extreme way to disconnect from society unintentionally became a nation-wide celebrity and made his mark on a whole community.

What a fun film on such an odd topic as the North Pond hermit. Completely from the point-of-view of a small town in Maine, director Lena Friedrich shares one of North Pond’s bizarre stories. Personally, I am producing a film about a hermit, based off of this true story. So for me, this was an opportunity to not only learn more about the man, but the community’s reaction to him. Christopher Knight, the North Pond hermit, is never shown in this film, his face barely visible through a security camera capturing one of his elusive burglaries. Twenty-seven years of curiosity and frustration is let out through the locals’ retelling their stories. What is not left out, is the community’s empathy towards their invisible neighbor.

Film Description: In the best, most charitable way, Call Me Lucky is a passion project for Bobcat Goldthwait. The director traces the career of the film’s subject, his mentor Barry Crimmins, as we learn of the rise of the Boston comedy scene and the wealth of talent that emerged from there.

Barry Crimmins for the most of us is a name not know, but to Boston comedians, he is a legend. Call Me Lucky is a startling surprise that left audience members with popcorn falling out of their mouths. The first half of the film establishes the amazing complexities of this under-appreciated comedic talent. Crimmins’ personality is explosive and witty and shown through clips of his past performances. The second half of film takes a narrative shift as we learn a deeper part of Crimmins’ past. Goldthwait takes care of the sensitive subject allowing Crimmins to keep his point of view at the forefront. Call Me Lucky brought the audience to its feet in a tremendous applause within the Somerville Theater taking the Documentary Feature Audience Award.

Congratulations to all of the films screened this year at IFFBoston! This truly is an independent film festival with all the quirks, questions and passion for film. Now, I’m looking forward to next year…