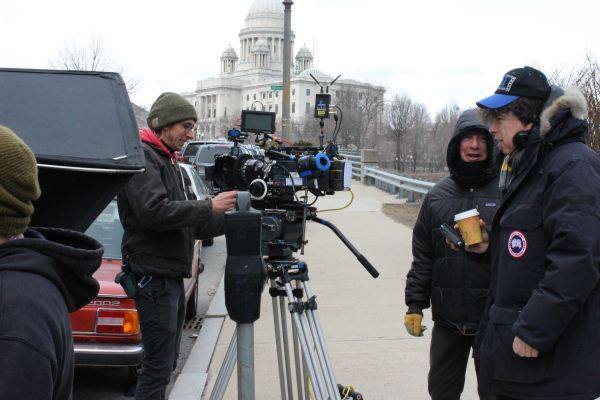 The Boston LGBT Film Festival runs April 2–12. Films will screen at the Brattle Theatre, Institute of Contemporary Art, Museum of Fine Arts, and Emerson College. The festival kicks off with a screening of Eat with Me, with director David Au in attendance. Learn more at bostonlgbtfilmfest.net.

Maine hosts the Emerge Film Festival April 9–12. Screenings will be held at several different venues in Lewiston and Auburn, featuring documentary, feature, and short films from Maine and beyond. Learn more at emergefilmfestival.org.

The Woodstock Vermont Film Series concludes on April 4th with a screening of Following the Ninth: In the Footsteps of Beethoven’s Final Symphony. The screening will be held at 5:00 pm at Billings Farm & Museum. For tickets and more information, click here.

Check out the Independent Film Festival Boston April 22–29. Get updates and more festival information at iffboston.org.

The University of Massachusetts Boston Winter/Spring Film Series finishes this month with screenings of Lily on April 2nd, the Independent Film Festival Boston on April 23rd and 24th, and Prophet’s Play on April 30th. Screenings are free, open to the public, and include filmmaker Q&As. For more details, click here.

What a glorious feeling! Chase away what’s left of winter with the Coolidge Corner Theatre’s screening of Singin’ in the Rain on April 6th at 7:00 pm. The event is part of the Coolidge’s Cinema Jukebox series. Learn more at the Coolidge website.

According to the Massachusetts Production Coalition, the recent hearing about H.62 regarding film incentives in Massachusetts had one positive outcome: the Earned Income Tax Credit and Film Tax Credit are finally clearly being considered separately by the legislature, rather than linked together as the Governor’s proposal does. MPC reported that the committee hearing generated over 3,500 emails to Senators and House Representatives, and over 1,200 additional emails in the campaign on the day of the hearing. For more information, visit the MPC website. Post your story at savemafilmjobs.com.

ABC is currently filming the pilot Broad Squad in Massachusetts, with locations including Lynn and South Boston. The drama follows women graduates of Boston’s Police Academy in the late 1970s, starring Lauren Ambrose and Rutina Wesley, and produced by Dorchester native Alexandra Lydon. Read more from The Boston Globe here.

The Massachusetts Production Coalition sheds light on how the state’s film industry and tax incentives are helping local businesses in a series of videos on its Vimeo page. Check out the videos here.

Based on the life of boxer Vinny Pazienza, upcoming feature Bleed for This recently filmed in Rhode Island. Filmmakers have released the first image from the film, which stars Miles Teller as Pazienza. Read more at The Hollywood Reporter.

Feature Astraea recently premiered at the Cinequest Film Festival, where it received the New Vision Award. Shot in Maine, the film is a sci-fi story that follows a girl with telepathic abilities. Learn more at the film’s website.

The Arlington International Film Festival is open for submissions for this fall’s festival. Learn more at aiffest.org.

Filmmakers are encouraged to submit entries for this summer’s Bluestocking Film Series in Maine. Films must pass the Bechdel Test and have a female protagonist. Late deadline May 1st, WAB extended May 22nd. Learn more here.