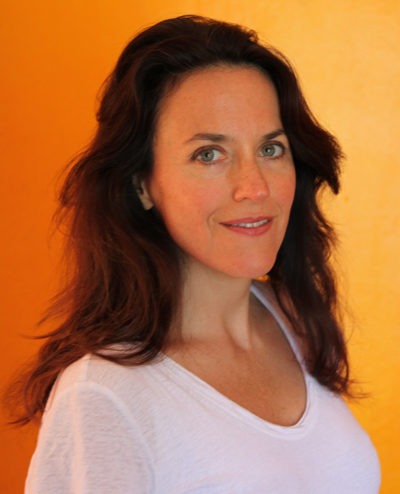 I’ve been lucky enough to speak with students currently pursuing an MFA in Film at the Vermont College of Fine Art for recent installments of Females in Film. This week, I’ve been learning more about the courses and its faculty from Founding Faculty Chair and filmmaker, Laura Colella.

Colella lives and works in Providence, RI and has a BA from Harvard, and an MFA in Writing for Performance from Brown University. With three feature-length narrative films and numerous shorts under her belt, Colella is now helping both emerging and established filmmakers develop and hone their own creative practice.

‘I love the VCFA program, and look forward very much to our semi annual week-long residencies, which are intensive, fun, familial, invigorating and inspiring,’ explains Colella. ‘I also look forward to the monthly submissions from the students I work with throughout the semester, and like thinking about ways to try to optimally support every facet of their projects’ development and realization.’

Colella believes that the one-on-one mentorship model they use fosters the kind of relationship that filmmakers need. ‘I’ve craved it from anyone I’ve ever studied with: streamlined, fertile, and focused on the student as an individual, and her/his project goals. It enables us to serve students with a wide range of experiences and objectives, from wherever in the world they choose to live and work.’

As they move towards the end of their second year, Colella is excited to see a growing spirit of collaboration and camaraderie among students that bridges geographic distances. ‘They travel to work on each other’s projects, and mid-semester between residencies, all students upload works in progress to their individual project sites to share with one another and faculty.’ Colella also credits the faculty, who are active, working professionals with an ever-growing body of high caliber work.

Colella herself recently released Breakfast with Curtis, a narrative feature that is now available online and on DVD. She is also in the final editing stages of a behind-the-scenes series shot on the set of Paul Thomas Anderson’s film Inherent Vice. Colella is also planning to shoot a feature this summer.