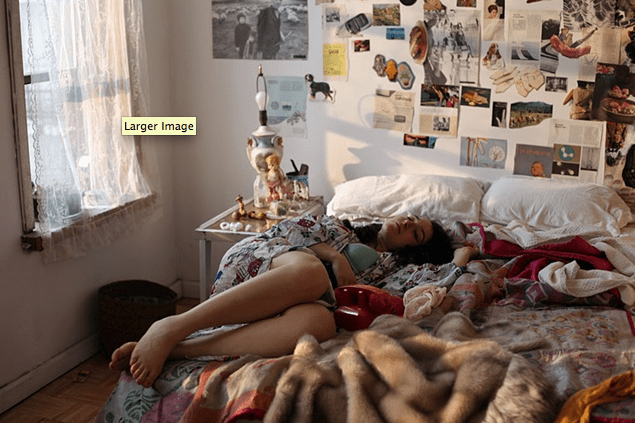 Celebrate the Green Mountain Film Festival March 20–29 in Montpelier, Vermont. Screenings include Clouds of Sils Maria, When the Ocean Met the Sky, and The Road Within. To learn more, visit gmffestival.com.

The Maine Jewish Film Festival runs March 4–21. The festival includes opening night event and New England premiere of The Art Dealer. Check out the full list of films and more information at mjff.org.

Check out the WAM! Boston Film Festival on March 21st at the Brattle Theatre. The festival celebrates films by and about women. To read more about the films and to purchase tickets, click here. (Pictured above is the film Jewish Girls Are Easy showing at this year’s festival).

March events at Rule Boston Camera include a F5+F55 Showroom Demo with Jason Potz on Looks, LUTs and key advantages of the Catalyst Software (Prepare + Browse) on Wednesday, March 18. Plus, join Sony for 2 workshops at WGBH on March 24 (Advanced Operator Training) from 6-9pm and March 25 (Producing with the F5/F55) from 10am-6pm. All events are free. See details on Rule’s website.

Join Talamas in Newton, Massachusetts on March 19th from 10:00 am to 2:00 pm to explore the many features of the Convergent Design Odyssey7Q+ with Mitch Gross. The event will feature several demos and lunch. For more details and to RSVP, click here.

The University of Massachusetts Boston Film Series continues this month with a screenings of Strongman on March 5th at 7:00 pm and Home Less on March 26th at 7:00 pm. Screenings are free, open to the public, and include filmmaker Q&As. For the full festival schedule, click here.

The Everett Company in Providence launches this month its new piece Freedom Project, a multimedia physical theater piece that interweaves gripping personal stories, evocative imagery, and athletic choreography in an examination of mass incarceration in America. Filmmaker Laura Collella is one of the video collaborators. Read more at The Everett Company for information and tickets.

NewEnglandFilm.com continues to work on its site relaunch (scheduled for this summer). In the meantime, you can still pick up the one-time perks through their extended Indiegogo campaign.

Bianca Giaever, awarded a Stowe Story Lab fellowship by NewEnglandFilm.com in 2014, recently created the short film ‘I Love You’ with This American Life. Giaever and the film were featured in The New York Times; check it out here.

Filmmakers are editing the upcoming documentary We the People: The Market Basket Effect, which follows the events of last summer’s Market Basket boycott in New England. The film is directed by Tommy Reid and produced by Nick and Mike Buzzell of NBTV Studios. Read more about the film from the Hollywood Reporter.

Filmmaker and Rhode Island native Joe Guarneri is currently at work on his feature film Alone. Filming locations for the independent thriller, produced by Guarneri’s G-Films, have included the historic Longfield House in Bristol. Read more about the film here.

Local film After Ella by Marie-Emmanuelle Hartness has been selected by the Boston International Film Festival and will be in competition this coming April.

Late submission deadline for the Boston Cinema Census is March 8th. This year’s event will be at the Somerville Theater in April. For more information and to submit a film, visit bostoncinemacensus.com.

The Arlington International Film Festival is open for submissions for this fall’s festival. Learn more at aiffest.org.

Filmmakers are encouraged to submit entries for this summer’s Bluestocking Film Series in Maine. Films must pass the Bechdel Test and have a female protagonist. Regular deadline is March 31st, late deadline May 1st, WAB extended May 22nd. Learn more here.

Early deadline to submit to the New England Underground Film Festival is March 15th. This year’s event will take place at the University of Hartford in October. For more details, visit the festival website.

The New Hampshire High School Short Film Festival is currently open for submissions. Students enrolled in a New Hampshire high school grades 9–12 or homeschooled students ages 14–18 may submit. Deadline is March 31st. For rules and guidelines and to submit a film, click here.

FLICKERS: Rhode Island International Film Festival (RIIFF) is accepting entries for its annual Spotlight on New England Screenplay Competition through April 30th. The Festival invites talented screenwriters from around the world to submit screenplays that focus on the spirit and character of New England with a special call-out to scripts set in Rhode Island. Entry form can be accessed online.