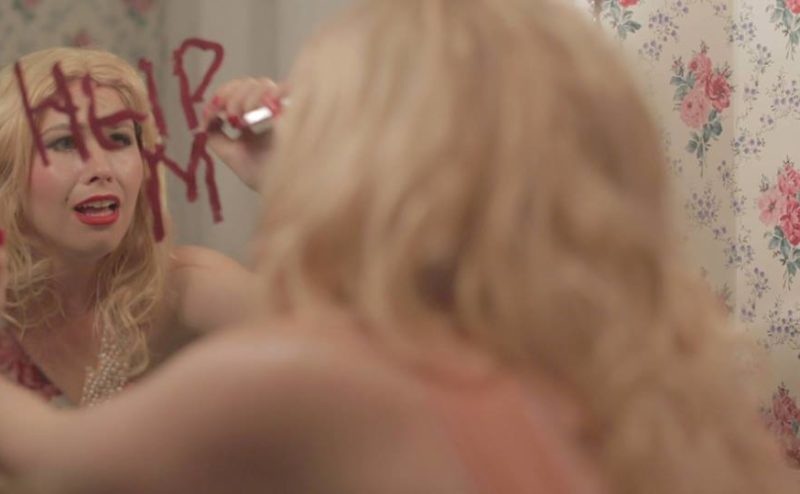 Behind-the-Scenes of Indie Horror: An Interview with Jocelyn Padilla

Share
Writer and director Jocelyn Padilla talks about the indie horror films that she has in the works for the latest installment of NewEnglandFilm.com's #femalesinfilm series.

Born and raised in Stoughton, Massachusetts, Jocelyn Padilla is an actor and filmmaker with a BA in Theatre Education from Emerson College. “I’m majorly influenced by actresses such as Shirley MacLaine and Marilyn Monroe, and vintage Hollywood in general. As of 2015, I am focusing on my acting career,” explains Padilla. “I’m launching a new website, working on monologues, attending auditions and classes whilst continuing to write brand new scripts to be produced in the coming year.”

Before Padilla began working behind the camera she claims she was ignorant to what filmmaking truly entails. “Taking on so many roles and wearing so many hats is a great way to learn,” says Padilla. “But it can also be extremely daunting and stressful.“ Padilla has realized that when it comes to future productions, she is going to take on slight responsibilities. “Focusing on one thing and doing it well,” she says.

Currently I Am Monroe?, produced by Padilla’s own production company, JP Productions, is in post. This surreal period piece, written, produced and directed by Jocelyn Padilla with co-director Nathan Suher, focuses on a young starlet Norma Jeane, who dies a mysterious death. When she awakens, she finds herself in a womb-like realm, a limbo between the past and the future.

“I cannot wait to premiere this film. I am very proud of the work put into the piece. So much time, energy and emotion. When you are a starving artist things take time to come together. But the wait is so worth it in the end.”

Hard-working Padilla is confident that there is no place she’d rather be than on a film set. ”Every production I have learned so many things. The do’s. The don’ts. How to treat people. How not to treat people. Working as a team is the foundation of any film set. It’s a collaboration. It’s not a one person show. Every person from director, to actor, to editor to PA and everyone between, are all important to making a movie a success. “

Padilla has found a long-time collaborator in Lindsey Cork, whom she starred alongside in I am Monroe?. Cork’s first foray into writing, Amor Sangre also includes Padilla cast as an out­-of-­touch vampire, Lucianna.

Padilla says it’s collaborations like that which have helped her to grow both as an artist and an individual. “Lindsey and I have known each other online for about six years. When she moved to New England she was still a relatively new performer. We mesh really well together. We have all these off beat, unique and crazy ideas that we want to see on the big screen.” Padilla and Cork have formed a relationship that has built their skills and their confidence.

“We are not afraid to be ourselves. We are fun and love meeting new people. By ourselves we are strong but together we are a powerhouse. I look forward to the many collaborations we will have together be it in front of the camera or behind it.”

As well as a full-time job and continuing her actor training, Padilla is working with Cork on their first script, entitled Kiss of Death. “It’s a short New Age Horror Film,” concludes Padilla. It looks like it’s going to be the first in a long line of works produced by these two ambitious, young females for their latest venture, Lin-Lyn Productions. They might be new voices currently, but it won’t be long until we see more from these determined women both in front of, and behind the camera.