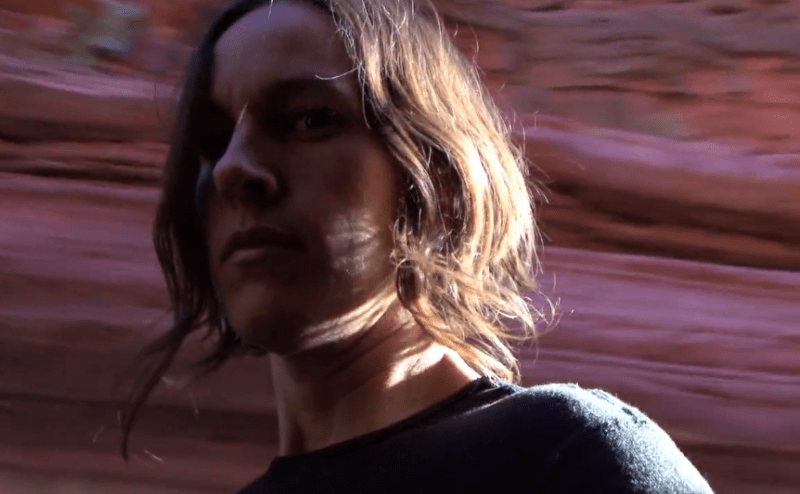 Up & Coming: An Interview with Emilie Upczak, MFA student at the Vermont College of Fine Art

Share
Fellow female filmmakers discuss work, life, and more in this new series, Females in Film. For this installment, NewEnglandFilm.com writer Catherine Stewart talks with filmmaker, Emilie Upczak. Her video installations have been exhibited at PG Contemporary in Houston, AIR Gallery in Brooklyn, and at the Festival International Signes de Nuit in France and her short films have played across the world. Here, she talks about her work on her latest project, the feature film The Moving Parts of Love.

I managed to catch up with Emilie Upczak before she jetted off to Park City to sit on the Slamdance Narrative Features Jury – we spoke about her work, her influences and working with others. On collaboration Upczak seems clear about her choices. “Making film of any sort, narrative, documentary, experimental, transmedia – all require some form of collaboration, it is a collective endeavor. I try to find people I like to work with as I have noticed my process seems to be longer than most and I would prefer to work around and with people I enjoy.”

Sometimes we often forget to talk about the fun in filmmaking, and the enjoyment we get from the process – particularly when working with people who inspire us and stretch our capabilities. I think it’s important to remember that even in the stress of the shoot, a tense pre-production or an expansive post that we are fortunate to be able to be doing what we we desire. Upczak cites Claire Denis, Andrea Arnold and Jane Champion as her role models – all three of those women are strong forces in the industry that span genres and styles. Campion, after being named the president of the Cannes Film Festival Jury, said “Filmmaking is about sensitivity and hard work and really loving what you do.”

Upczak can trace her love back to an early age. “I was drawn to film first through the lens of ritual practice, as an anthropological study. This morphed into me making ethnographic shorts and then experimental films. Now I find myself more interested in working in the narrative form,” says Upczak of her practice now. Early memories of media also hold an important place in her mind. “I grew up watching too much television, like most kids in the 80’s and I remember going to see Return of the Jedi five times with my mother. As I got older, my tastes changed, and I was devoted to watching the Twin Peaks series.”

Upczak is a filmmaker and programmer, originally from Boulder, Colorado. She graduated with a BA in Comparative Religious Studies from the University of Colorado and is now based in Port of Spain. She is the Creative Director of the trinidad+tobago film festival spearheading the Caribbean Film Mart and Regional Database whilst also serving as a director of the New World Film Centre.

“I am currently in development and pre-production on my debut feature film, to be shot in 2015.” The Moving Parts of Love is the story of a young woman, Zhenzhen, who is smuggled out of China into Trinidad only to discover her cousin is unable to pay off her smugglers. She is forced to work off her debt at a Chinese restaurant, where she discovers more than just food is being served. “I am also an associate producer on the feature film, Play the Devil, a tale of seduction, obsession and a fatal confrontation set in Trinidad and Tobago.” This work is directed by Bahamian filmmaker Maria Govan.

Currently enrolled in the Film MFA at the Vermont College of Fine Arts Upczak is taking some time to focus on her practice. Even after all her experience, Upczak is finding it the ideal place for professional development and support. “It’s the perfect environment for a self organized and motivated filmmaker looking for mentorship by faculty film professionals who are actively making work and represent a wide range of forms,” concludes Upczak.

The Film MFA at VCFA is an advanced independent study graduate course, students have the opportunity to come together with their colleagues twice annually to share the work they have been making, get critical feedback and engage in theoretical and practical seminars and presentations. VCFA also hosts a number of guest filmmakers each term to share with the student body practical information regarding their experience as well as showcasing these same guest filmmakers work at the Savoy theatre nightly.

You can learn more about the Vermont College of Fine Art at their website. Look out for future articles with more students and staff at the VCFA as part of Females in Film here are NewEnglandFilm.com.

You can learn more about the Vermont College of Fine Art at their website. Look out for future articles with more students and staff at the VCFA as part of Females in Film here are NewEnglandFilm.com.