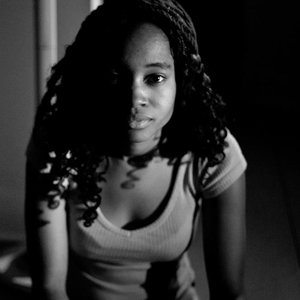 ‘All of my films are based on true stories” explains filmmaker Raeshelle Cooke. “My second film What’s the Problem with Bill Winer? is about an older, bitter divorced man that wonders why he can’t find love. I wrote it because at the time I had something to say. It’s a satirical piece about a man I once loved. It’s kind of harsh, but I stick by it and would do it again.’

Cooke is a senior at Bridgewater State University studying Communication Technologies with a concentration in Film & Video. Born and raised in North Carolina, she is now located in Southern Massachusetts where she has lived for 11 years. In her short time as a filmmaker, she has found a passion for writing about love, using music to drive the narrative. “I write Rod Serling-inspired scripts with social commentary and twists infused. My films are not the corny, typical ‘weak woman who needs a man’ type of film. I am a strong woman.”

She attributes her strength to her mother, and says that it helps her tell truth with her work. Cooke certainly has strong feelings about the representation of women in film that deeply informs her work as an emerging artist. “I’ve heard people comment on other films, complaining that female characters always talk about men and love, that they should be liberated and strong. Well I say to them, liberated and strong women love and hurt too, and their stories deserve to be told. Don’t think about the fact that the character is a woman. Listen to what the message is saying.”

Cooke’s current project Monae’s Room is a sequel to the Bill Winer film, only it’s told from the perspective of the girl in the relationship. Cooke says she wasn’t done with that story. The film stars Delea Mowatt and JD Achille and chronicles the frantic emotions within an otherwise level-headed young woman. Cooke is aware she might be fixating on a hurtful moment in her life, but still believes it’s a story that many will relate to. “It’s either me over-exaggerating the breakup process, or telling the exact truth. People act crazy when they’ve been broken up with, and it’s kind of funny. What Monae does in the film is what everyone does — they just wouldn’t admit it.” And Cooke seems brave enough to put it on the screen for all of us to see.

Monae’s Room is serious but funny. Cooke calls the film a “music video with breaks for dialog” – the music was composed by Sean J. McCall. “The film is an ode to hip hop in way,” explains Cooke “I took the music and distorted it, putting Delea’s and my own vocals in. I made the song as screwed up as Monae is.”

Cooke enjoys working with a small crew she can trust. “I realized since I am the writer and director, I don’t need other ‘visualists’ on set with me. I only have people on set with me if they bring something new; you should be opposites, otherwise it becomes crowded. Cooke believes that her relationship with musician McCall exemplifies this balance of skills, knowledge and interest. She’s always looking for more people to work with, and more opportunities to hone her craft.

You can see more about Cooke’s work at https://vimeo.com/raeshelle, and you can follow her on twitter at @RMCPict.

We are always on the look out for more Females in Film to participate in this series, to the conversation, or start a new one get in touch with us and share your views online at NewEnglandFilm.com, on twitter using #femalesinfilm or by emailing me at catherine@filmunbound.com.

You can see more about Cooke’s work at https://vimeo.com/raeshelle, and you can follow her on twitter at @RMCPict. We are always on the look out for more Females in Film to participate in this series, to the conversation, or start a new one get in touch with us and share your views online at NewEnglandFilm.com, on twitter using #femalesinfilm or by emailing me at catherine@filmunbound.com.