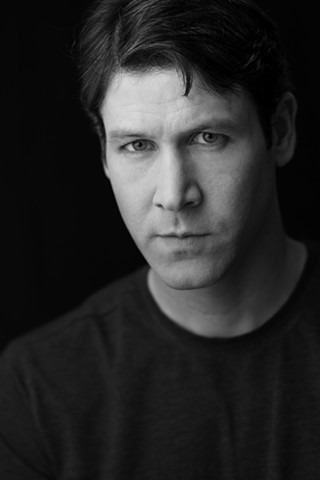 Written by NewEnglandFilm.com | Posted by: Anonymous

Share
Filmmaker Michael Fisher presents a vision of crime in his understated and gripping psychological drama Attic, now screening as part of the 2014 Online New England Film Festival. Here, he talks about his inspiration for the film, the festival audience's reaction to the film, and his future work.

Filmmaker Michael Fisher presents a vision of crime in his understated and gripping psychological drama Attic, now screening as part of the 2014 Online New England Film Festival. Here, he talks about his inspiration for the film, the festival audience’s reaction to the film, and his future work.

I’ve always been more interested in imagining the drama, secrets, magic that could be going on in the world as opposed to interacting with it on a practical level. I know it’s all out there for real somewhere but I didn’t cross paths with a great deal of drama growing up in Vermont so I made films about it. I have been making films since my early teens. I learned by doing initially but went on to attend NYU film school. I now teach filmmaking at two Vermont colleges in addition to my own film work.

What inspired you to make your film?

Attic draws inspiration from the Lovers on the Lam subgenre of crime film such as Badlands and Bonnie and Clyde, and the symbolism and decayed settings of Southern Gothic literature particularly Flannery O’Connor’s short stories. I was brooding on the idea of a wild character exploring a life transition; struggling with settling down, accepting responsibility and stepping into the shoes of the “father.” Though the story is literally about a home invasion, that theme is the critical subtext for me. Finally, discovering the location, a beautiful textured old farmhouse in Vermont, was the piece that brought the story together. The house was endlessly inspiring visually.

How did the screening go at the Green Mountain Film Festival in your hometown of Montpelier, Vermont?

It was a memorable experience because there were a number of people who appreciated the film but also quite a few who seemed genuinely disturbed by it. One woman told me to watch it again in a few years and then I might realize how disturbing a film I had made! This came as a surprise because there is no violence shown on screen, no harsh language, no horror or explicit sexuality. I came to the conclusion that it was disturbing psychologically because of the sociopathic qualities of the female lead that are revealed through dialogue.

This was a revelation for me as I’d been making largely silent, almost purely visual films and tried a different direction with Attic and was rediscovering the power of language on screen. Still I wonder what those audience members would make of a film like Badlands…

The lead actor, Craig Maravich, divides his time between acting projects in Vermont and New York. I’d seen him in several local stage productions and had been wanting to work with him for years. We developed the script together. Kerrin Jeromin again is someone I’d been wanting to direct in a film for awhile. We co-starred in another director’s film and I’d seen her in numerous film projects and admired her work. I can’t recommend enough tapping into the local theatre and film scene and meeting the actors and other filmmakers in the area. John Kiedaisch, playing the farmer, has acted in many short films for me, and yet still surprised me in Attic with his intense performance.

I am building on the successful collaboration with Craig to co-write a film about a stand up comedian.

Any advice on making films you want to share?

I had been making the creative decisions for my films largely by myself; the writing, producing, etc., but I found in Craig Maravich, my co-writer and lead actor, a terrific collaborator. Having someone with similar inspiration but widely enough diverging experiences and insight to add something new to the material enriched the entire process and changed my opinion of the possibility of finding a trusted close collaborator in film.