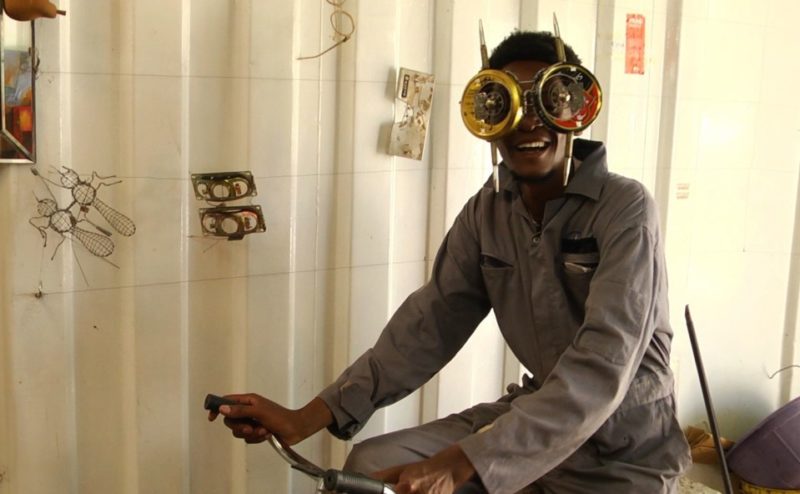 Share
This month, the Kickstart New England focuses on two worthy film projects -- Young World Inventor's mini-doc series focusing on inventive solutions to problems in Africa and beyond and Brewland, a documentary on craft beer in the U.S. To have your crowdfunding campaign featured here, email editor@newenglandfilm.com.

Boston-based filmmaker Diane Hendrix and the team at Young World Inventors seek Indiegogo support for their upcoming web series. Founded by Hendrix, Young World Inventors (YWI) is an activist media group that creates mini documentaries around the globe. The goal, as the organization explains on its Indiegogo page, is ‘to create global dialogue about inventive solutions to problems—in Africa and beyond—through the oldest form of learning: storytelling.’ The mini-doc series, which so far has focused on young innovators and organizations in Africa, ‘works to make invention contagious. We are creating a global community to connect inventors, mentors, and investors.’ Featured inventors have included Clarisse Iribagiza, a young woman in Rwanda with a mobile app startup, and Bernard Kiwia of Tanzania, who created a bike-powered phone charger.

Diane Hendrix is a filmmaker, teacher, and producer. At YWI, she explains, ‘we believe that knowledge transfer, especially across cultures and continents, is key to triggering local creativity.’ Indiegogo support for YWI will fund post-production as well as enable Young World Inventors to shoot additional mini-docs in East Africa this fall. The goal is to raise $12,000 by September 29th. To read more about the project and inventors, watch a brief video, and donate (contributions are tax-deductible), visit the project Indiegogo page or visit the YWI website

Massachusetts and New York-based filmmakers seek funding for their documentary Brewland, a history of craft beer in the United States. Originally envisioned as a documentary on craft beer in Vermont, the project expanded as director Mike Sills and producer Matthew Parola realized the scope of the American craft beer industry. The film will cover the growth of home brewing culture, and shed light on a business that the Indiegogo page explains ‘has been an integral part of American history…a source of sustenance for the Pilgrims in the New World, a concern for prohibition,’ and one that ‘has increased immensely in popularity and success.’

The goal is to raise $65,000 by September 30th. Funds will cover post-production costs and may allow for additional footage to be shot in New York, California, and Colorado. A variety of perks are available, including several craft beer prizes. To learn more about Brewland and craft beer, watch a short film, and donate, visit the Indiegogo page.