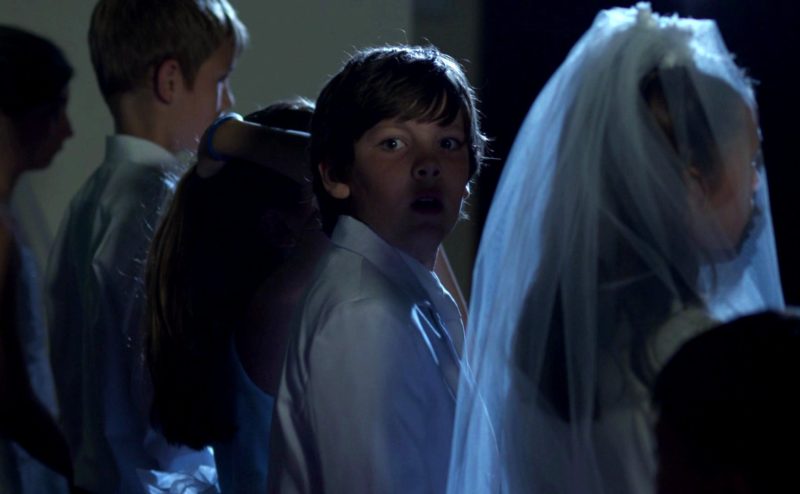 Share
Most student films are, well, a bit embarrassing with odd music and blatant camera tricks. But not filmmaker Matt Hollis-Lima's short film The Flesh Eaters. The film, which he made as a Master's student at Boston University, has all the the elements of a professional film -- a good story, well acted and well-shot plus a bit of creepiness and a bit of comedy. It's no wonder the film has been hitting the film festival circuit and winning awards...

Most student films are, well, a bit embarrassing with odd music and blatant camera tricks — and that goes for even some of Martin Scorsese’s student work (The Big Shave).

But not filmmaker Matt Hollis-Lima’s.

The short film The Flesh Eaters that he made as a Master’s student at Boston University has all the the elements of a professional film — a good story, well acted and well-shot plus a bit of creepiness and a bit of comedy. It’s no wonder the film has been hitting the film festival circuit and winning awards. Here, he talks with NewEnglandFilm.com about making the film and making the festival rounds. The Flesh Eaters can be viewed online as part of the 2014 Online New England Film Festival.

Recognizing that I wanted to be a filmmaker was a gradual process. I had grown up helping my dad film weddings, dance recitals, and other events for his small business, but I never really picked up a camera with the intention of telling a story until college. It started off as a fun elective, but before long it grew into an entire second major (after English). Now that I have a Master’s degree in film, it’s safe to say that I learned much of what I know from school, but I also know that nothing teaches you more than just going out on your own and making movies.

What inspired you to make your film?

When I first got a chance to read Jason Hellerman’s adorable and clever script, I jumped on it. It not only captured the experience of growing up Catholic in a totally original way, but it also captured something universal about being a kid who thinks differently than those around him or her. Apart from that, this story was a wonderful opportunity for me to put my dry, cynical sense of humor up on the screen.

I didn’t have to look very far for my crew. I made the film while enrolled in Boston University’s graduate film production program, so I had countless talented friends and classmates on hand to help out, including my brilliant cinematographer, Ginny Riley, and my intrepid producer, Jason Kashdan. I even found another producer in my soon-to-be wife, Aimee Delaporta.

We largely found the cast for Flesh Eaters through open casting calls. Fortunately we came across the film’s fantastic lead, Matthew Sullivan, quite quickly. Among the sizable group of young actors that auditioned for the role, he was an instant standout. The rest of the cast was filled with talented stage and screen actors from throughout New England.’

Where has the film been shown? How has it played with audiences?

Flesh Eaters has screened at Boston University twice and at film festivals throughout New England. The film won multiple awards when it screened at Boston’s Paramount Theater as part of the Boston Student Film Fest. It screened as a jury selection at the Woods Hole Film Festival, and the Arlington International Film Festival is holding multiple screenings of the film, as well.

When you’re making a comedy, nothing beats that first real screening. You have put so much time and effort into the material that it comes as sort of a shock when you hear a crowd laugh at the jokes for the first time. It’s a great feeling to have something you’ve been working on for months suddenly be completely validated.

I am developing a number of scripts with writer friends at the moment. They range widely in terms of subject matter, from a sober exploration of gender inequality in teenage relationships to a cheeky comedy about a group of friends crashing a funeral. Time will tell which project solidifies first, but I am excited to get back behind the camera soon.

Any advice on making films you want to share – about fundraising, working with actors, distributing, sending to festivals, etc?

I think the hardest part about making movies is actually doing it. Half the battle is convincing yourself to take the leap and make the damn thing. Once the ball is rolling, you’re forced to address problems head-on, and you’re forced to face down your doubts. There’s no room for anything but action. More often than not, that leads to you achieving more than you expected you could. So if you have a story that you really believe in, my advice is to just go out and make it a movie!