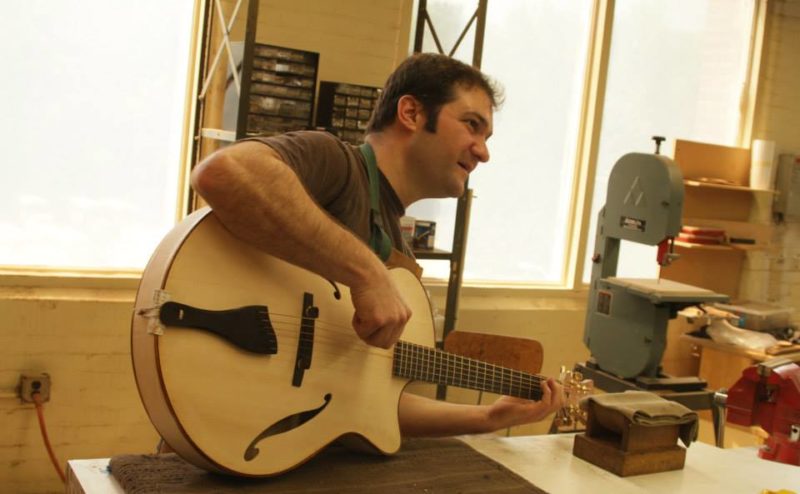 Harvard Book Store and 826 Boston present an evening with actor and writer Jason Segel on September 12th at 7:00 pm. Segel will read from and sign copies of his new children’s book Nightmares! at First Parish Church in Cambridge, Massachusetts. For tickets and more information, visit the Harvard Book Store.

The Music Hall in Portsmouth, New Hampshire hosts ‘Telluride by the Sea’ September 19–21. Watch selections from this year’s Telluride Film Festival at the Historic Theater. For details and showtimes, visit the Music Hall website.

The Massachusetts Production Coalition presents the Mass Media Expo on September 6th from 11:00 am to 7:00 pm. The expo will feature panels, presentations, and exhibitions. For tickets and more information, click here.

Enjoy one more month of Movies on the Block in Providence, Rhode Island. Catch free outdoor screenings at the corner of Westminster and Union Streets on Thursdays at dusk. This month, see Dazed and Confused on September 4th, The Goonies on September 11th, O Brother, Where Art Thou? on September 18th, and The Never Ending Story on September 25th. Visit the event Facebook page for more details.

Patriot Cinemas in Hingham, Massachusetts hosts the premiere of the comedy feature The Rude, the Mad, and the Funny on September 18th. Meet the cast, including Arthur Wahlberg, starting at 6 pm, followed by the screening at 7:30 pm. For tickets and more information, visit the Patriot Cinemas website.

The 2014 Online New England Film Festival launched on September 1. The 6th annual festival features 42 local films from 17 New England festivals. All films can be viewed online at www.newenglandfilm.com/festival/2014. (Guitar #1711 from the festival pictured above).

NewEnglandFilm.com recently completed its successful Indiegogo crowdfunding campaign to fund a site relaunch in the coming months — thanks to all of our supporters!

The Massachusetts Cultural Council has approved $10.3 million in funding for non-profit science, arts, and humanities organizations around the state. Read more and check out the spending plan here.

There were many New England filmmakers among this year’s Woods Hole Film Festival winners, including Christian de Rezendes and his film Raising Matty Christianhere.

Antoine Fuqua’s feature The Equalizer opens September 26th. Starring Denzel Washington, the film was shot in Massachusetts. Check out the trailer at the film’s website.

The documentary Haven Brothers: Legacy of the American Diner was recently honored at the Rhode Island International Film Festival. The film tells the story of the historic Providence food truck. Read more about the film at its website, and check out the full list of RIFF winners here.

It’s been a busy summer for Hollywood in New England. Films shot here over the last few months include Woody Allen’s next feature in Rhode Island, along with Gus Van Sant’s Sea of Trees, Seth MacFarlane’s Ted 2, and Scott Cooper’s Black Mass in Massachusetts.

Lack of Cockery, a feature film by Massachusetts native Josh Mitchell, is now available on Vimeo Pro. Check out the film here.

The Green Mountain Film Festival is now accepting film submissions in the following categories: Features, Documentary, Animation, Vermont, Student Shorts, and Professional Shorts. More details about can be found on their website.

Register for the Massachusetts Flash Film Festival starting September 1st. Filmmakers will have 72 hours to write, shoot, and edit a short film in October. For more details and to register, click here.

The Karen Schmeer Film Editing Fellowship is accepting submissions. Documentary editors are encouraged to apply. Deadline is September 30th. For more details on how to apply, and to learn more about the life and work of Karen Schmeer, visit karenschmeer.com.

Apply now for the MacDowell Colony’s winter/spring residency program, located in Peterborough, New Hampshire. Deadline is September 15th. For guidelines and more information on how to apply, click here.

The Williamstown Film Festival is accepting submissions through September 8th. Click here to learn more and submit a film.